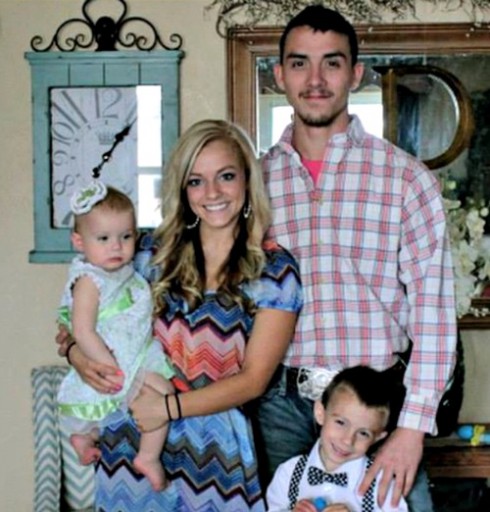 Although it doesn’t seem that Teen Mom 3‘s Mackenzie McKee and Josh McKee will be on this season of Couples Therapy, the mom of two confirmed she and her husband were in need of some serious counseling earlier this year.

“It got pretty bad and [Josh] did leave for a while, and we decided that we were going to get a divorce and separate,” Mackenzie told Wetpaint. “He went and stayed somewhere else, and we just decided that we don’t want to live without each other, and he came back, and he said, ‘I’m sorry.’”

During the one season of Teen Mom 3, viewers saw Mackenzie and Josh struggle to get on the same page about what they wanted out of their relationship. They later married and welcomed a second child, but Mackenzie said it hasn’t been smooth sailing since then. In April, she reportedly flushed her wedding ring after a blowout fight with Josh.

“We’re still working on stuff,” she said this week, explaining she and Josh share the blame for their issues. “Marriage is always a work in progress and sometimes it will get perfect, and then a door will slam in my face and it will get bad again, and we won’t agree on stuff, or whatever.”

During the hard times, Mackenzie said her fans motivate her to make her marriage work.

“In the end, I’m glad I’ve held on and stayed with him because he really is a good husband and he’s really patient with me,” she added. “But I don’t know, I don’t feel like I could ever live without him. If he leaves it’s really going to hurt me.”