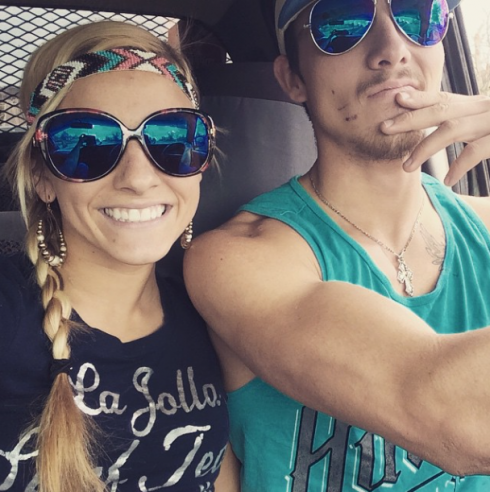 According to new reports, there is serious trouble in paradise for Teem Mom 3 stars Mackenzie and Josh McKee. TMZ claims that the couple had a “blowout last weekend, Josh said he was done, threw her ring in the toilet and stormed out.”

Sources say that Josh’s frustrations with his wife came to a head last month when she wrecked their brand new SUV just days after purchasing it. While Mackenzie defended the crash by saying her diabetes was to blame, she lucked out when 310 Shakes paid the 10 grand she needed to fix it.

It seems there could be some truth behind the claims. Mackenzie tweeted a desperate message during the weekend of the fight saying:

Throwing away my dream … Today has been horrible. Just horrible

Mackenzie’s wedding ring is also noticeably absent from a picture she posted just two days ago: 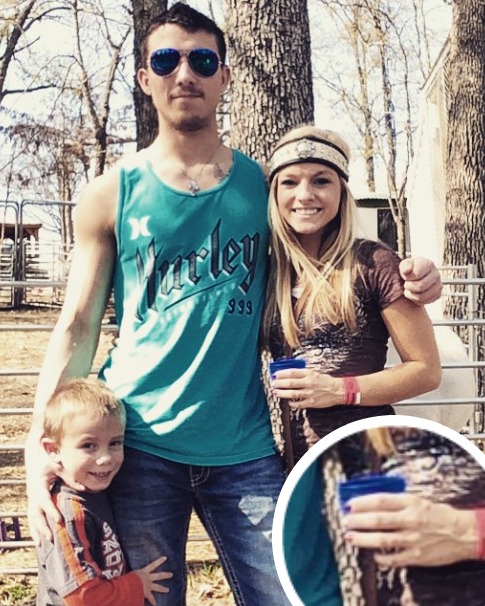 Despite the report and Mackenzie’s ominous tweet, it appears as though the couple may have squashed whatever bad beef was between them. Four days ago, Mackenzie tweeted:

Forget the past.. It can only get better from here. — Mackenzie McKee (@DouthitKenzie) April 15, 2015

She also recently posted pics on Instagram of her and Josh along with their little guy at the zoo and a rodeo looking happy and very much together.

But- there could be more here than meets the eye. Like other Teen Mom stars, some are beginning to speculate that Mackenzie and Josh may be the next couple slated to star on Couples Therapy. A “blowout” fight and a ring down the toilet may be the perfect set up to join the show.

Earlier this week Mackenzie did a video interview with Get Real LOL in which she was asked about her relationship with Josh. “There’s still ups and downs in the marriage. [she laughs] It’s just how relationships go. But yes, we are living together, and married, and have kids, and still rodeoing.”

Mackenzie later talks about how things have changed for the couple since appearing on Teen Mom 3. “I would definitely rather be his wife than his girlfriend,” Mackenzie says. “He wasn’t the best boyfriend. He’s definitely a better husband than he was a boyfriend. We still definitely have our problems, but not anything, I don’t think, that — when they were filming was definitely our hardest and roughest time. It was pretty bad when they were filming. There was even some horrible things that happened behind camera that they didn’t even show that was — I mean you guys didn’t even get the bad parts. It got pretty bad, but we’ve definitely come a long way in our relationship.”

And seemingly supporting the Couples Therapy rumor, Mackenzie is asked about the possibility of her appearing on other reality shows. “There are a lot of shows that are pending,” she says, before pointing out that she cannot share any specific details at this point.

Couples Therapy is VERY Teen Mom friendly, having previously featured Farrah Abraham (by herself) as well as Catelynn Lowell and Tyler Baltierra. Mackenzie has also signed on with tabloid headline maven Gina Rodriguez of GR Media, who not only has a red phone connected directly to TMZ, but also has a good relationship with the producers of Couples Therapy. They represented Farrah Abraham at the time she was on the show (the two have since had a major falling out), and also included Couples Therapy alumnae Alex McCord, Simon Van Kempen, Nik Richie, Shayne Lamas Richie, and Jon Gosselin on their roster of clients.

So what do you think, would you be excited to see Mackenzie and Josh living in the Couples Therapy house?