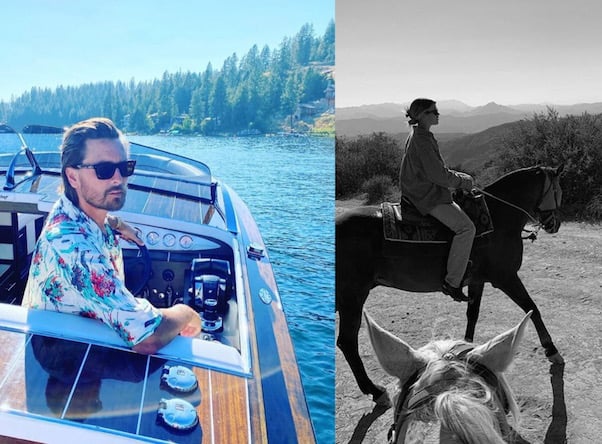 Lionel Richie must be doing backflips: According to the latest gossip, Sofia Richie and Scott Disick have finally decided to pull the plug on their three-year relationship. Though fairly recent rumors had the couple thinking about getting engaged, it seems Scott and Sofia split over nothing in particular; instead, the time for their August-April pairing had maybe more or less passed.

Kardashian home network E! claims that what’s happening right now is an “official breakup,” with none of the “will-they-won’t-they” waffling of the couple’s May split. Per their take, the two have “been off and on for two months,” but are now “broken up for good.” If this really is the Scott and Sofia split observers have been predicting for two years and eleven months, it will mean their relationship stopped just shy of the three-year mark, following the end of Scott’s 2017 sexual revenge tour against Kourtney.

…the insider told E!. “Sofia really pushed to make things work between them after they initially broke up, but Scott officially called it off recently and they are no longer speaking.”

As for why the twosome split? The source alleged that the couple’s age difference may’ve played a role in the breakup.

“Friends attributed their 15-year age difference becoming an issue,” the source continued. “He’s in a very much different place in his life, really focused on a more quiet lifestyle, his kids and his investment businesses. And Sofia, at 21 years, really still trying to figure what she wants to do which drove them apart over time.”

While the now former flames have broken up and reconciled in the past, it appears as though this relationship may really be over for good.

The insider adds, “Scott was very clear with his decision to end things and doesn’t see them getting back together again in the future.”

It seems kind of strange that the fifteen-year difference in their ages would be what ultimately led to the Scott and Sofia split after this long together. Honestly, I had just gotten used to them being a couple & was taking them for granted the same way I take it for granted that Scott and Kourtney will ultimately slouch their way into marriage in another decade or so. They made it last more than just a few weeks when one of them was 33 (and a father of three) and the other one just eighteen. And it’s entirely likely that they’ll get together for the occasional penthouse bang and toothbrush share from here to eternity.

Devotées of the Disick-Richie coupling will recall that they were rumored to be engaged at least three times. In addition to the “engagement ring for Christmas” story we got last year, there was another alleged ring sighting a month before that, and another possibility last summer. Plus there was the time they got fake-engaged at dinner in Miami to try and steal some of the spotlight away from Kylie Jenner on the day the news of Kylie’s first pregnancy leaked.