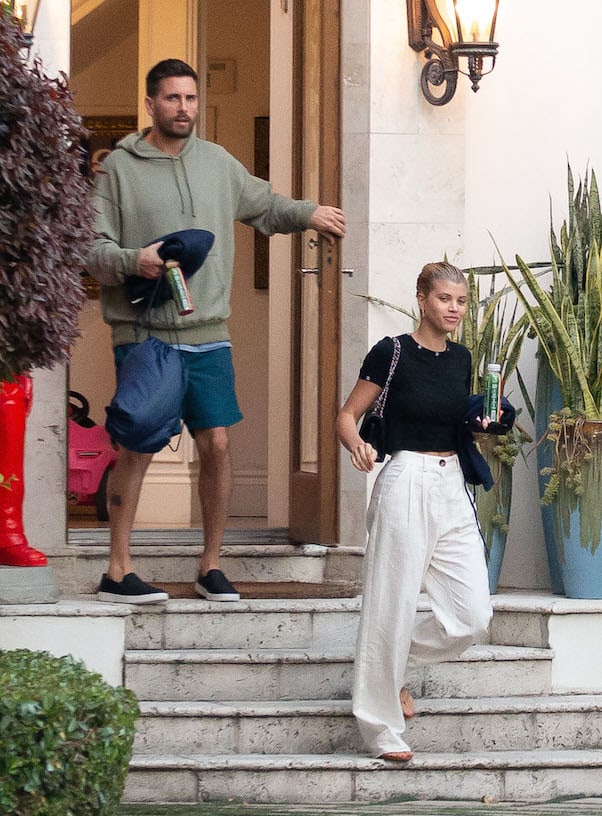 To hear the latest gossip, not only is Scott Disick engaged to Sofia Richie, but he and Sofia are halfway down the aisle, as well. It’s a far cry from the last time Scott and Sofia were linked to engagement rumors. In case you forgot, in 2017, the couple cooked up a poorly executed fake engagement announcement, then shared it with the press solely to try and upstage Kylie Jenner, whose pregnancy news had just leaked and with whom Scott was not on the best terms.

Back to 2019: in reality, the against-all-odds couple is said to be seriously considering marriage. The usual anonymous sources are practically glowing over the possibility: Scott and Sofia “have talked seriously about getting engaged,” says one; adds another, “As it is now, Sofia and Scott look at each other as life partners.”

And lest you think Scott Disick engaged to Sofia Richie would not go over well with the mother of Scott’s children, the PR folk responsible for this story have you covered. According to Us Weekly, Kourtney Kardashian would actually welcome Scott and Sofia’s marriage:

Better yet, Disick has the full support of his ex, Kourtney Kardashian. The Keeping Up With the Kardashians star, 40, is “not only unbothered by the idea of them getting engaged,” the first source reveals, “they’d [even] have her full support.” Especially since Richie gets on so well with Disick and Kardashian’s children — Mason, 9, Penelope, 6, and Reign, 4. Adds the source, “Sofia is really so good with his kids and she has a good friendship and relationship with Kourtney.”

The unspoken and most relevant question in all of this is still why Sofia, who is 20 and a successful model / influencer, would like to be tied to Scott until death or reality TV do them part. It’s not even the sixteen-year age gap between them; it’s really more the ages at the opposite ends of this gap: Scott, as Celebitchy pointed out, “is a 36 year old man with real-man problems.” He struggles with alcoholism and maybe liver problems; he’s always reportedly just about to get back together with Kourtney; and he’s always linked to the bedroom of at least one other member of the Kardashian family.

Then again, Scott has for the most part treated their entire two-year relationship like one string of reenergizing getaways, something he spent their first few months together doing and then never really let up on. There’s no reason to believe he couldn’t do it indefinitely, and it kind of sounds like it could be fun? And maybe Scott really has changed for Sofia, which is another narrative those aforementioned PR folk like to plant every now and again.