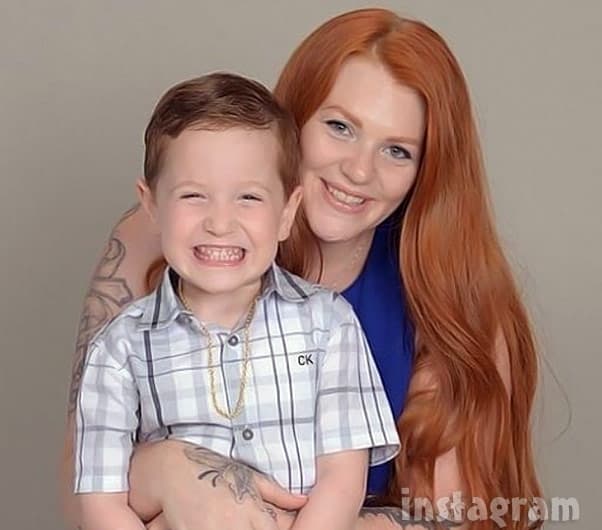 Love After Lockup: Life After Lockup star Brittany Santiago and her ex Tito were back in court this week regarding the bitter custody battle for their almost five-year-old son Giovanni, and things once again went in Brittany’s favor.

In case you missed it, Brittany filed an emergency custody application last month after Tito “tested positive for THC, Amphetamine, and Methamphetamine.” On August 14, a judge awarded temporary sole legal custody and temporary primary physical custody of Giovanni to Brittany. The order also stated that any and all contact between Giovanni and Tito would be suspended until the next custody hearing.

The custody hearing was on Wednesday, and Brittany got pretty much everything she asked for.

In addition to keeping temporary sole legal custody and temporary primary physical custody of Giovanni, Tito was ordered to pay child support and complete a six-month drug monitoring program. Tito was given two one-hour supervised visitations with Giovanni a week, but he must first pass his drug tests for two consecutive weeks.

Here are the stipulations from the ruling on Wednesday:

• Tito has to reimburse Brittany for the cost of his drug test.

• Tito referred to Options Diversionary Program to complete a six-month Patch Monitoring and counseling program, and he will be required to cover the cost.

• Tito given supervised visitation at a visitation center for one hour, twice a week. Before being able to participate in the visitations, Tito must first provide two consecutive weeks of clean patch tests.

• If Tito misses two scheduled visits, Brittany can suspend visitation “until such time as [Tito] files a motion to reinstate visitation.”

• Based on Tito’s reported gross income, he is ordered to pay $720.00 a month in child support, “$368.00 of that amount directly to the minor child’s daycare facility.”

The next scheduled hearing in the case is March 4 of 2020.

Just prior to Wednesday’s hearing, both Brittany and Marcelino posted a series of family photos on Instagram, which included Giovanni ballin’ around town in a little firetruck:

After the ruling, Brittany shared a post in which she praised Marcelino for being a great husband and a great dad. Here is the gallery, followed by Brittany’s caption:

I seriously have the most perfect husband ever! ❤ To those of you who wear blinders and don’t think we have a life beyond the show, you’re probably going to think what I’m about to say is crazy… and to those of you who have supported us from day one, much love we’ll always appreciate you!….

Everyone in one way or another should strive to be like Marcelino. He is truly an incredible individual. He loves selflessly and is loyal beyond reason. He goes out of his way to help others without being asked and without wanting anything in return. As a father, he is the greatest. He spends quality time with each of his children on a daily and pours an incredible amount of love into them both. He went from being single to a house full of people and a puppy who are absolutely in love with him and want his attention around the clock. HE NEVER COMPLAINS and instead caters to our needs humbly.

He cooks, he pays bills before they’re due, he cleans, and he handles business. As a husband and my best friend he is god sent. He loves me unconditionally and selflessly. He holds me when I cry, he let’s me scream and yell when I feel like life is falling apart for no reason at all and without taking it personal, he let’s me sleep in when I’m tired, he’s the best listener and proves it with his actions alone by compromising in our marriage or changing after hearing constructive criticism. He’s supportive and understanding, caring and patient, self motivated and inspiring. He is in every way possible a good person.

It’s with him by my side I feel like I can accomplish anything in the world.

Side Note: if you’re in a relationship or love and support someone who’s been or is currently incarcerated, who used to be an addict, who’s struggled immensely through life, who had a rough childhood, and list goes on…. you are greatly appreciated. You have no idea the impact you make on our lives. The world needs more people like you! ❤❤❤❤
.
.
#heathlyrelationships #lifeafterlockup #teambrittanyandmarcelino #love #gratitude #shoutout #loveafterlockup @blazebird45 #familygoals #lifegoals 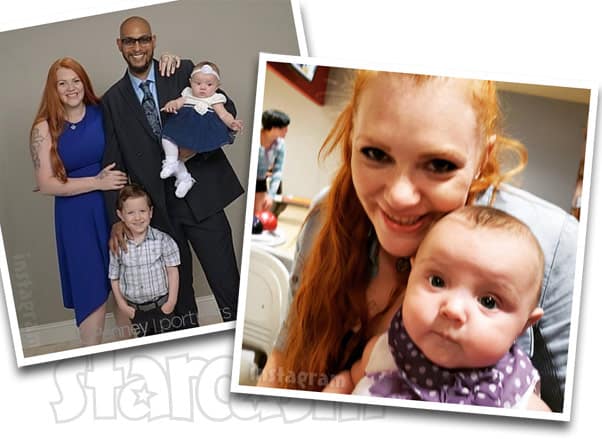 It’s unclear whether or not Brittany and Marcelino are currently filming for another season of Love After Lockup: Life After Lockup. The spin-off was such a big hit for WE tv that I can’t imagine they won’t be bringing it back — potentially with some of the new cast members added. Stay tuned!

For those of you who want to catch up on Brittany and Tito’s custody battle, here is a timeline of our extensive coverage that began back in May when Tito accused Brittany of kidnapping their son:

May 8, 2019 – Tito files for sole custody of son Giovanni after Brittany ‘kidnapped’ him ‘to create drama & boost television ratings’

#LoveAfterLockup #LifeAfterLockup Brittany and her ex Tito call a cease fire in their heated custody battle over 4-year-old son Giovanni – get all the exclusive details! https://t.co/8P7ogOKNtp