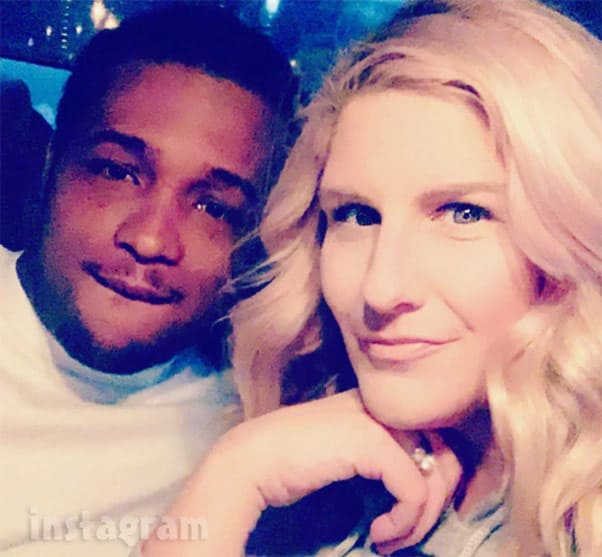 We will start off with a rather tame spoiler. Jessica revealed during the season premiere that she and Maurice got married while he was in prison and that they planned on having a real deal marriage ceremony after he got out. We can confirm that the wedding ceremony did happen.

Jessica and Maurice had their wedding ceremony in early December. For those of you wanting to see an actual wedding photo, here’s one from Facebook — for as long as it remains up:

Jessica and Maurice’s second wedding was a lot different from their first in many ways. In addition to not taking place in prison, being formal, and having friends and family in attendance, the second ceremony was also a shotgun wedding. That’s right, Jessica was pregnant at the time!

Jessica first made posts strongly hinting about being pregnant back in November, and she later confirmed the pregnancy by sharing baby bump pictures in March and April. She shared the first photo of her baby while still a newborn at the hospital on May 14. And for those of you curious about the sex of the baby… It’s a boy!

“I can’t get over how beautiful my son is,” Jessica wrote along with the Instagram story post. “I love you so much baby boy,” she added, along with the 😍, 🥰 and 💕 emoji.

As you might have noticed, Jessica’s pregnancy finished up right in the middle of the COVID-19 pandemic, and it caused all sorts of problems and stress for the first-time mom to be.

Jessica had a sports-themed baby shower scheduled for April 4, including some really great looking “Team Gipson” invites, but she had to scratch the whole thing. “I can’t believe I had to cancel my baby shower because of this damn virus,” Jessica wrote on Instagram on March 22, along with a photo of the invitation. She concluded with her disappointment: “😩😩😩 I was really looking forward to it and needed it 😩😩😩”

One week later, Jessica expressed her frustration at people not abiding by the social distancing rules. From her Instagram stories:

And if this keeps on and I don’t get to have my husband in the delivery room with me I’m gonna fu**ing lose it!! Imagine having your first child and you can’t have your child’s father in the room with you. Think about other people and how you’re affecting them by choosing to stay out and possibly spreading this virus even more so! Partying and hanging out ain’t going nowhere!!! It’ll be there when this is all over.

All y’all that can’t follow the rules are gonna make this sh*t just go on for longer, I don’t understand why y’all can’t just listen….. I wanna go do things too but I damn sure ain’t trying to hurt my baby, so think about other people besides yourselves, and stay home!!!! It’s not that hard!

In April, Jessica’s pregnancy got even more stressful when she was hospitalized for kidney stones. She checked into the University Medical Center of Southern Nevada in early April and shared an update. “Baby is fine, but I have a kidney stone and kidney infection, so I’ll be admitted for the night,” she wrote. “I can’t even have my husband here. This is terrible,” she added.

Less than two weeks before the baby’s arrival, a friend of Jessica expressed her frustration at not being able to see the baby immediately due to the pandemic. “Man for real,” Jessica replied. “I can’t believe I have to bring my child into this world during this crazy ass time. I want my family to be able to be there to see him and they’ll only get to FaceTime, but thank god my husband can be there the whole time! I was so worried about that. Hubby gonna be busy videoing or taking pics lol.”

As mentioned above, Jessica shared a photo of her newborn son on May 14. I don’t know the exact birthday, but I am guessing either May 12, 13 or 14.

Having a child while being filmed for a Love After Lockup show isn’t all that Jessica and Maurice have in common with Marcelino and Brittany though. Both couples are now living in Las Vegas, and Jessica actually met Marcelino and Brittany at their Love After Lockup viewing part in May of last year! Here’s a photo of the four of them together with a couple other faces fans might recognize: 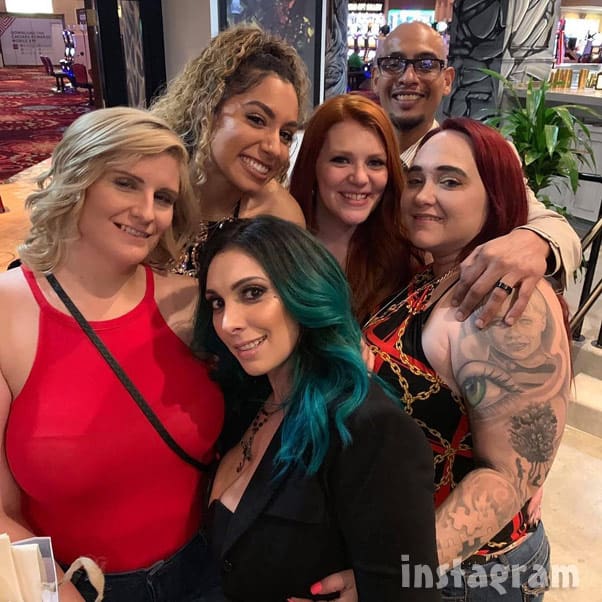 CONGRATULATIONS to Jessica and Maurice! Love After Lockup happy endings (outside of the prison closet) are not all that common, so I look forward to their feel-good story this season. (Knock on wood.)

You can watch how their prison release, pregnancy, second wedding, and birth all plays out by tuning in to new episodes of Love After Lockup airing Friday nights at 9/8c on WE tv. (I am assuming the pregnancy and birth will be included this season, although it is possible they might try to save that for later.)