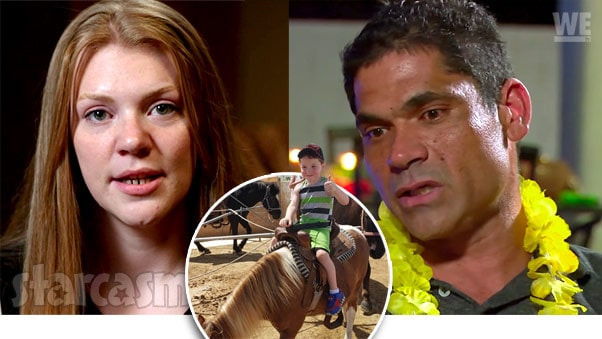 Love After Lockup: Life After Lockup star Brittany Santiago and her ex Tito Santana have been locked in a very heated custody battle over their four-year-old son Giovanni, but they have agreed to temporary joint legal custody of Gio as they head to mediation.

The new arrangement and mediation were agreed to in court on Thursday. According to court documents, Brittany and Tito will split custody from Thursday at 12PM until Sunday at 12PM each week, with a designated exchange location for the swap. The two were referred to a family mediation center “to formulate a parenting plan and holiday/vacation schedule.”

The next hearing is scheduled for August 6.

Tito shared a touching photo on Facebook after reuniting with Giovanni and wrote “Finally got him back in my arms!” Here’s the picture: 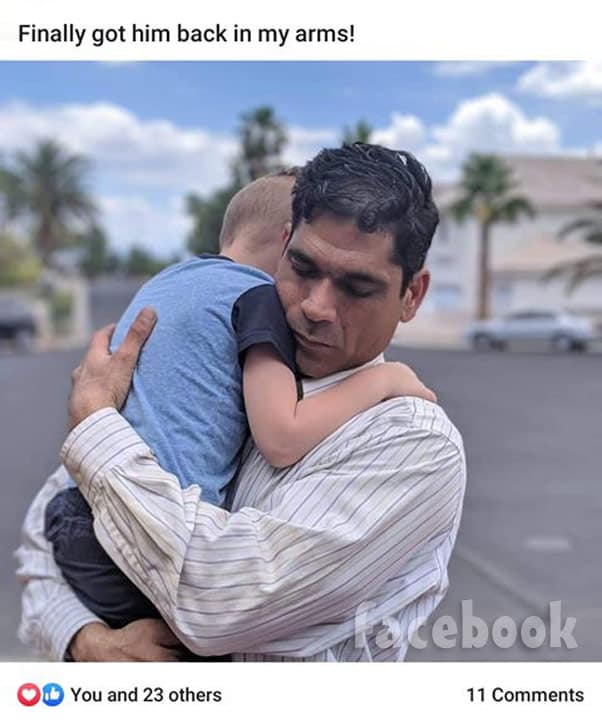 Tito has been desperately trying to get Giovanni back after he accused Brittany of kidnapping him back in early May. “My son was kidnapped from me three days ago by my ex,” Tito wrote on Facebook. “I went out of my way so that she could still see her son, while she was in jail, prison, and slamming herself with every dope she could find…and for that, this is what I get?”

It was later revealed that Brittany decided not to return Giovanni to his father after there was a physical altercation between Tito and Marcelino while WE tv cameras were rolling for Life after Lockup. Both Tito and Brittany filed for emergency custody, with some very harsh allegations being thrown both ways.

Meanwhile, Brittany made numerous startling accusations in her 22-page filing. We talked about the claims at length in a previous post, but here is a very brief bullet point list of most of them:

• Giovanni once called Brittany crying late at night after being mauled by Tito’s pet genet, an exotic pet that is somewhere between a wild cat and a ferret

• Tito “maintains an unsanitary living environment, which includes but is not limited to, leaving animal feces on the floor for prolonged periods, leaving the sink filled with dirty dishes for extended durations, and leaving laundry scattered on the floor throughout the residence”

• From the time of the genet attack (August of 2018) until March if 2019, Tito “did not exercise custodial time” with Giovanni

Marcelino stated in an Instagram live stream Friday night that he and Brittany had just wrapped up filming for the current season of Life After Lockup, so I am guessing that their story line will either end with Brittany and Tito deciding on temporary joint legal custody with mediation, or it will be a cliffhanger just before the result is revealed. To find out which (if either) of those it turns out to be, be sure to tune in to Life after Lockup airing Friday nights at 9/8c on WE tv starting next week!

Maurice from Love After Lockup sentenced to 140 days in jail