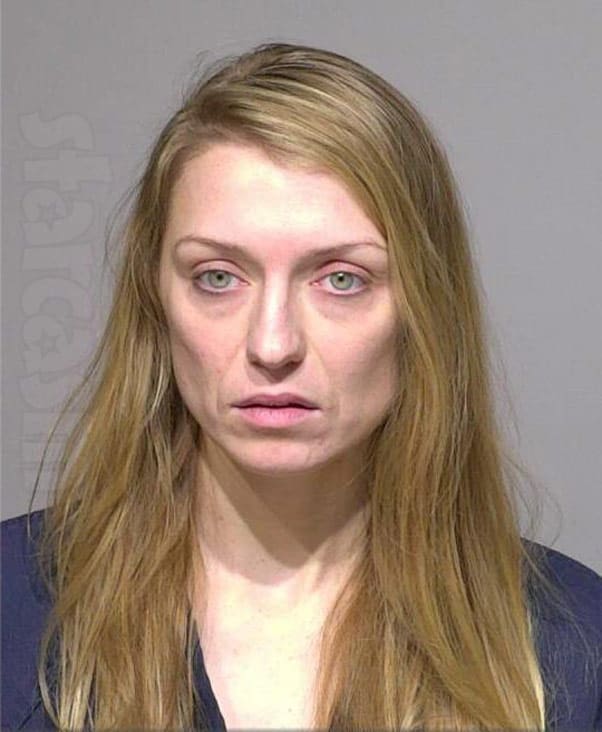 We broke the good news late last month that Love After Lockup star Alla Subbotina was released from prison on Christmas Eve after going back for a parole violation in January of 2018. Unfortunately, Alla wasn’t able to make it a full month before being taken into custody again, this time for retail theft.

According to online records, 29-year-old Alla was booked in Wisconsin on Wednesday, January 22. Her most recent mug shot photo is included above. She is listed as being in custody with a hold, and the Milwauke Sheriff’s Department states her bail amount has been set at $761.00.

As mentioned, Alla is facing a charge of retail theft. It doesn’t appear as though her court case records are available yet, so it’s unclear if the theft charge is a misdemeanor or a felony. In Wisconsin, theft under $500 is a misdemeanor. Anything over that amount is a felony, with increased degrees at $5,000 and $10,000.

Alla’s Love After Lockup co-star and significant other James Cristia revealed in November of 2018 that he and Alla were once again in a relationship. “We took some time apart,” James wrote in response to a question from an Instagram follower about his relationship status with Alla, “but in the end our hearts are still attached to one another. I’m still waiting for her.”

James had taken a hiatus from social media, but returned earlier this month. He has yet to comment publicly on Alla’s recent release or their relationship status after her release.

James did open up about his experience dating an inmate — Alla specifically — during his appearance on the Nation of Recap podcast back in March of 2018 while he and Alla were on a break. Here’s an excerpt from our recap:

I’ve been a big fan of James and since his appearance on Love After Lockup, thanks in large part to his humorous, insightful, and self-deprecating online presence. In contrast, I never felt like I got to know Alla at all due to her addiction issues. I was genuinely hoping that the couple would be able to pull off a surprise happy ending, but Alla being back in jail so quickly has me thinking the chances of that are exceedingly slim.

I will continue to monitor Alla’s case and will try to update once I know more about the charges she is facing and the specifics of the theft she allegedly committed.