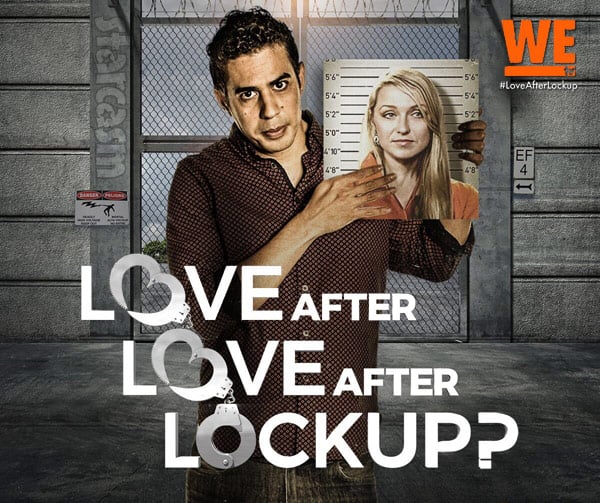 After the first season of Love After Lockup wrapped up, there were still a lot of question marks as far as the future of some of the relationships documented on the show. One of the couples whose future was very unclear was James and Alla, due to the fact that Alla suffered a relapse with her drug addiction issues and returned to prison in January. So are James and Alla still committed to making their relationship work? Will James be patient yet again, and be there waiting when Alla gets back out?

James answered that question and more when he appeared on the “Nation of Recap” podcast earlier this month. “OK, so the situation with Alla and I — we’re sort of taking a break right now,” James revealed. “I love Alla and I will always love Alla, but I think it’s important for her to concentrate on herself for a while, you know?”

So just how long of a “while” will that potentially be? How long is Alla’s current sentence? James mentions several times that Alla is serving between 24 and 31 months. Online records indicate she went back in on January 8, so that would mean the soonest she would get out (barring early release) would be early 2020.

Back to the relationship — James points out that he wants to help Alla, but he feels that goal would better be accomplished with the two of them being friends right now instead of being in a romantic relationship. “I’ve read a lot about addiction,” James continues, “[and] they say that when people are becoming sober, and when they’re first sober, they probably shouldn’t be in a relationship. It makes sense because when people get their hearts broken, or they’re going through sh*t emotionally, they find ways to cope. Different people cope in different ways. Some people eat too much, some people sleep too much, some people do drugs, you know? So I think…it’s important for her to get healthy and to concentrate on herself.”

“I will support her as best as I can,” James asserts, “but, you know, romantically we’re kind of taking a little break.”

The host asks if coming to that realization and making the decision to end their romantic relationship was hard for James. “Yeah, of course,” says James. “Nobody wants…somebody they love to hurt…and to know that a decision that that you’re making is going to cause somebody that you love pain — it’s difficult. It is. But you know at some point, like, as much as I love her and care about her, you know this relationship [has] been a lot on me. It’s just been, I mean, it’s been very heavy you know?”

James says that he was having trouble sleeping and was was emotionally drained from the stress and worry. 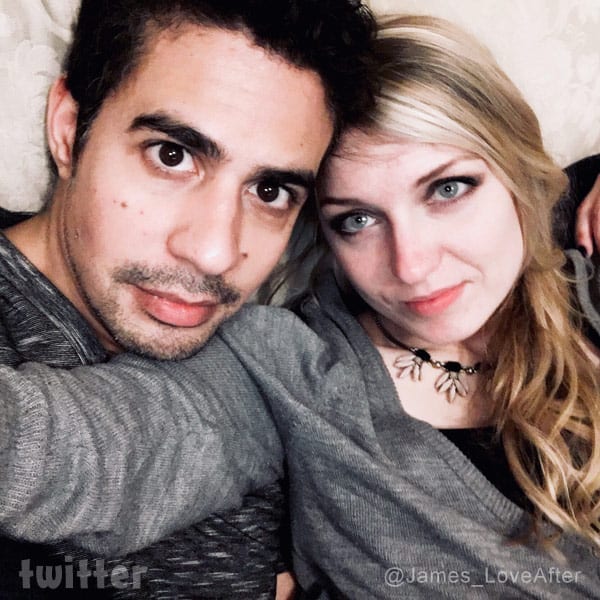 James then brings up the fact that he has children, and that how his relationship with Alla impacts him then, in turn, impacts them as well. After pointing that out, James tackles an issue often brought up to him by fans (and/or detractors) of the show. “One of the biggest criticisms that I hear about me is: ‘What kind of a father are you that you would bring a drug addict into your into your life and influence your kids’ lives?'” James makes his priorities very clear. “My kids are my life,” he says. “It’s not like I’m gonna invite Alla over and be, like, ‘I’m going to Florida, here’s a bunch of money and needles — just take care of the girls for a week.'”

James iterates that there are two people in the relationship, and he has to take care of himself too. “This time is energy that I’m putting into Alla,” he explains. “This is going to impact my world, and it’s going to take away resources from what is important in in my world, and I want to be happy too, you know?”

Despite their split and their struggles, James has nothing but wonderful things to say about Alla — when she’s not using. “I think that she’s got more potential than any woman that I’ve ever met, but she’s got this demon and she’s got to slay that demon, you know, before she can do anything.”

People ask me all the time if I regret doing the show & putting myself out there. No, I don't regret it. Addiction is a serious issue in America, and it needs to be discussed. If we helped anyone start that discussion even slightly than it was worth it!

Here’s the full podcast episode, which I think does a great job at confirming that James is a really bright, nice, and and extremely caring guy as he talks about a wide range of topics — including how he and Alla were recruited by producers, tea on other cast members, and even some discussion about Starcasm at right around the 34:15 mark (just after James discusses whether or not any of the Season 1 cast will be back for Love After Lockup Season 2):

UPDATE – James has revealed on his Instagram account that he has found a new woman! He has not revealed her identity, but he has posted a couple photos with his new gal — including this smooch pic: 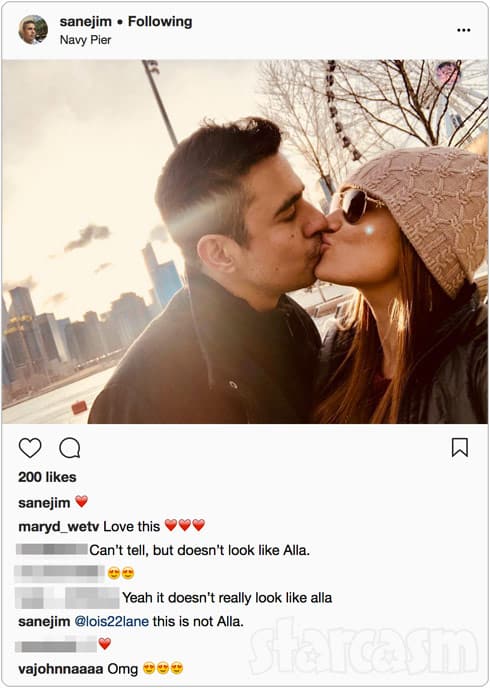 And you will notice that James received reactions from his Love After Lockup co-stars Mary and Johnna in the comments section. 🙂 Congratulations to James — we wish him nothing but the best and certainly hope he is able to find happiness! We also wish the same for Alla, and it sounds like James is willing to help play a role in making that happen for her, albeit as a friend.

UPDATE – James’ relationship with the woman in the photo above did not work out, and as of November 30, 2018, he is back with Alla!

LOVE AFTER LOCKUP Are Clint & Tracie homeless? Reportedly kicked out by his mom, selling off furniture