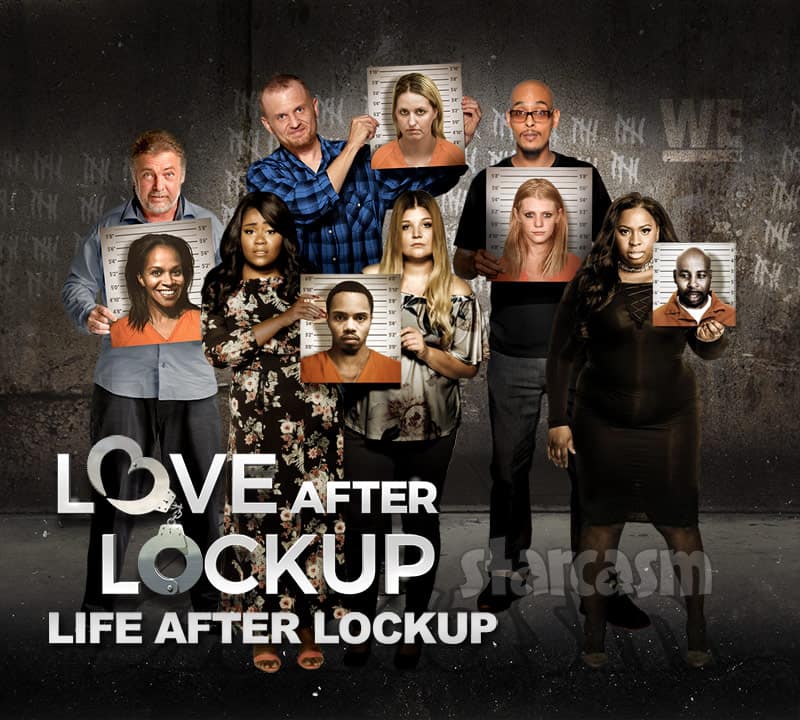 Sharp Productions looks to be following the successful formula from their extremely popular 90 Day Fiance franchise as the production company will be launching a Happily Ever After type spin-off of their prison romance reality series Love After Lockup!

Deadline broke the news moments ago that the network has officially announced Love After Lockup: Life After Lockup featuring four couples from Season 1 and 2 as well as one trio from Season 2. The eight one-hour episodes will premiere in June and will bring back Season 1 couple Andrea and Lamar as well as Season 2 stars Clint and Tracie, Marcelino and Brittany, Scott and Lizzie, and the love triangle of Megan, Michael, and Sarah.

UPDATE – Marcelino shared our photo on Instagram and revealed in the comments that the new series will premiere June 14!

The former inmates will face new challenges and tackle many firsts in their new lives, from raising children to buying first homes to finding work and staying sober, all while living under the restrictions of parole and dealing with the stresses and occasional turmoil of a new relationship.

“The verdict is in – our viewers can’t get enough of Love After Lockup,” reveals WE tv president Marc Juris. “There was an outpouring of interest from fans who were eager to keep following these unforgettable couples, making it an easy decision to expand this burgeoning franchise with an all-new series. Love After Lockup was a legitimate reality sensation, and Love After Lockup: Life After Lockup, will be a must-watch for the show’s passionate fans.”

WE tv previously announced that they would be expanding the second season of the show with an additional ten episodes, but I assume that plan has morphed into the spin-off series. It wouldn’t make a lot of sense to add ten more episodes featuring the Season 2 cast, then follow that up with eight more episodes with mostly the same couples. It also wouldn’t make sense to introduce new cast members as part of Season 2. Hopefully the network will clarify soon.

Regardless, as a fan I am super stoked to get official confirmation that we will soon be seeing more of Clint, Tracie, Brittany, Marcelino, Lizzie, Scott, Meghan, Michael, Sarah, Andrea and Lamar! I am disappointed that we won’t be getting updates on Matt and Caitlin, though. And what in the world ever happened with Angela and Tony?! They were featured in the Season 2 preview trailer and listed as cast members, but they never appeared?!