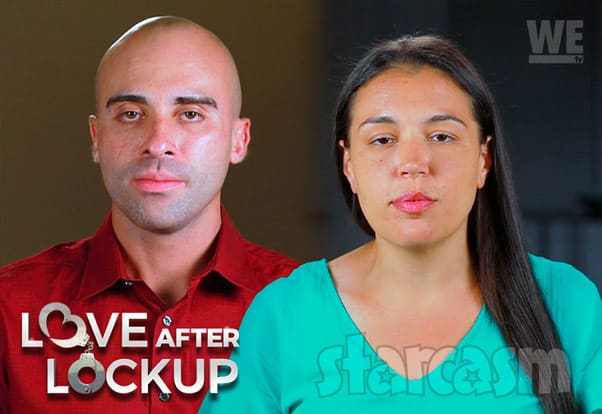 The new season of Love After Lockup is well underway, and things aren’t looking too good for Vincent and his ex-convict fiancée Amber Eggers. After striking up a great relationship online, the sparks just don’t seem to be there when the two finally met in person after Amber’s release.

Amber seems much more smitten with her prison wife “Puppy” than with Vince, leading many viewers to speculate that he never really had a chance because she was already taken. Those viewers don’t know how right (and how wrong) they are!

In a major surprise that I assume will be revealed on the show soon, Amber is already married! She and a rather dangerous looking fella named Tony got married on April 11, 2013, and they have yet to divorce. (More on that in a minute.)

Amber posted numerous photos with Tony on Facebook beginning in February of 2012, but the last picture she shared was this photo from her wedding day: 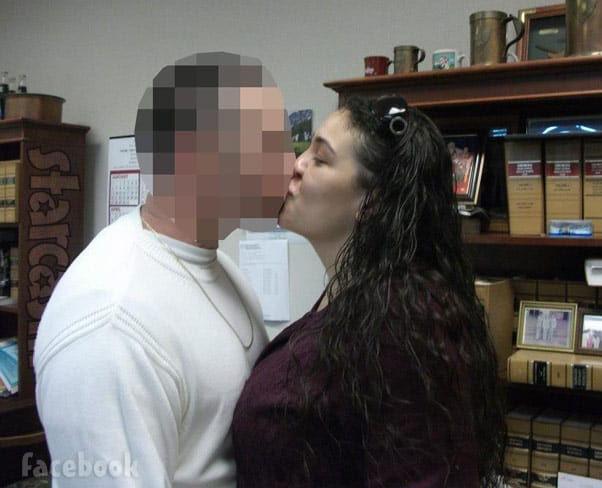 Amber and Tony look to have broken up at some point before she was arrested with her mom for selling meth out of a Country Inn and Suites in Conyers, Georgia in September of 2015.

Amber received a 30-year sentence for trafficking meth, but according to prison records, she was released VERY early on May 28 of this year.

Vince reveals on the show that he and Amber have been in a relationship for 22 months, and he even launched a GoFundMe campaign in January to raise money to buy things for Amber when she was released to a Transitional Center. Unfortunately, that campaign only managed to raise $20 of his $5,000 goal.

Amber must not have believed that her and Vince’s relationship was very serious early on because she didn’t file for divorce until December 18 of last year.

The divorce ran into a bit of a snag, however, because the last known address Amber had for her husband Tony was from September of 2015. After contacting several family members, Amber was finally able to figure out where her husband was: in prison. (Tony has a long string of arrests — most all of them meth related.)

Due to the delay in getting in contact with Tony, the divorce has yet to go through. As a result, not only was Amber still married when she and Vince filmed for the show, but she is still married at the time of this post!

The divorce filing also reveals that Amber and Tony got married on April 11, then separated for good four days later on the 15th. The filing states that the couple do not have any children together. 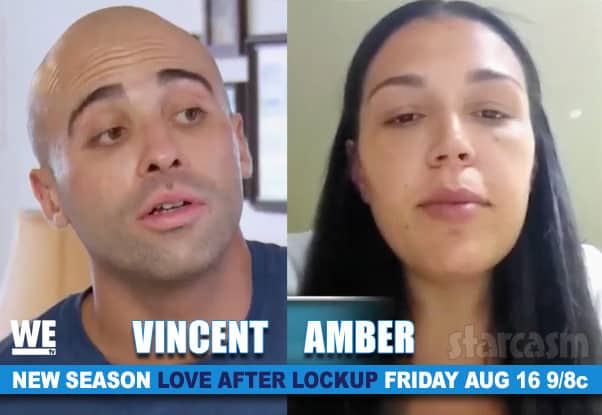 ARE AMBER AND VINCE STILL TOGETHER?

Although there is no smoking gun, all signs seem to point to Amber and Vince not being together. One of the few things Vince and Amber do have in common in their propensity for sharing motivational memes and text graphics on Facebook. On July 28, Vince shared one that reads: “I walked away because you were too busy finding faults in me, while I was too busy overlooking yours.”

Meanwhile, Amber recently updated her Facebook status to reflect that she entered into a relationship on August 18. In the comments, a buff dude named Sammy wrote: “I love u sweetheart heart and soul 1+1=1 perfect everything!”

Sorry Vince. But at least it wasn’t Puppy!

WHAT BRANCH OF MILITARY WAS VINCE IN?

Vince was a senior airman in the 37th Helicopter Squadron of the United States Air Force.

The 37th Helicopter Squadron is a United States Air Force unit assigned to the 582d Helicopter Group in support of the 90th Missile Wing located at Francis E. Warren Air Force Base, Wyoming. The unit is tasked with flight operations in support of the operation and security of F.E. Warren’s intercontinental ballistic missile complex as well as search and rescue missions. The unit operates the UH-1N Huey helicopter.

WHAT IS VINCE’S JOB?

It appears as though Vince only recently got out of the Air force, and he has yet to figure out exactly what he wants to do. His Facebook feed is jammed up with all sorts of posts about real estate investment and marketing. He moved to Las Vegas from Cheyenne, Wyoming earlier this year, and he posted a video out shopping in Vegas for real estate to purchase.

Vince also applied to be a Clark County fireman back in July, but there is no indication that he got the job.

OK, now on to the biggest question surrounding Amber and Vince…

We’ve got the answer to that question in photo form! Check out Vince back in 2008:

To find out if Vince and Amber’s romance plays out like the evidence suggests, and to find out exactly what it was that drove them apart, be sure to tune in to new episodes of Love After Lockup airing Friday nights at 9/8c on WE tv!

Is Love After Lockup’s Megan really a singer? Give her a listen!