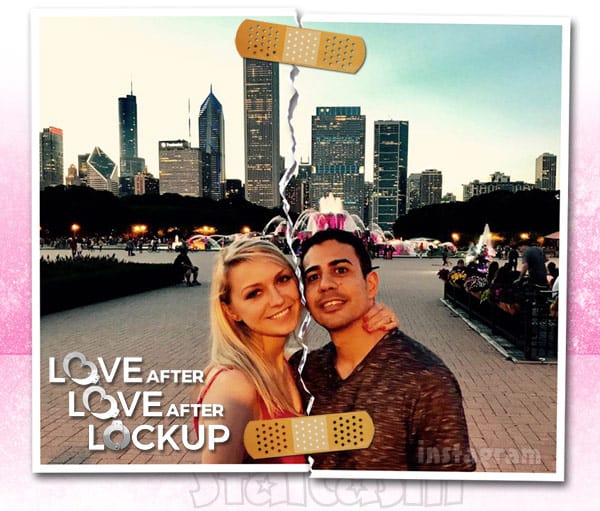 Love After Lockup star James Cristia has confirmed that he and Alla Subbotina are dating once again, despite her heroin relapse and return to prison earlier this year.

The confirmation came via Jame’s Instagram account during a Q&A session with fans prior to tonight’s Love After Lockup Season 1 “Where Are They Now?” special. Numerous fans asked if he and Alla were dating again, and James’ reply was a very non-evasive “yes.”

James later shared some more information about what has transpired since Alla went back to prison. “We took some time apart,” he says, “but in the end our hearts are still attached to one another. I’m still waiting for her.”

In case you missed it, James actually dipped his toes in the dating pool while he and Alla were apart. He even posted a photo of a woman he was dating back in March. “It didn’t last,” James says of that relationship. “I was foolish for trying to move on when my heart was still taken, and it wasn’t fair to Alla.”

James also confirms that Alla is still behind bars and he shares his not-so-positive thoughts on doing Love After Lockup. When asked to make a list of the pros and cons of being on the show, James replied: “There were no pros to it. Nothing positive came from the show.” And what about the “Where Are They Now?” special airing tonight? “I’m not even going to watch it tbh,” James reveals.

It’s obvious that James regrets appearing on Love After Lockup, but what about dating a prisoner in general? What would his advice be to someone considering a relationship with an incarcerated inmate? “I wouldn’t recommend it,” James says. “It’s not easy. There [are] lots of challenges and people are very judgmental about it.” 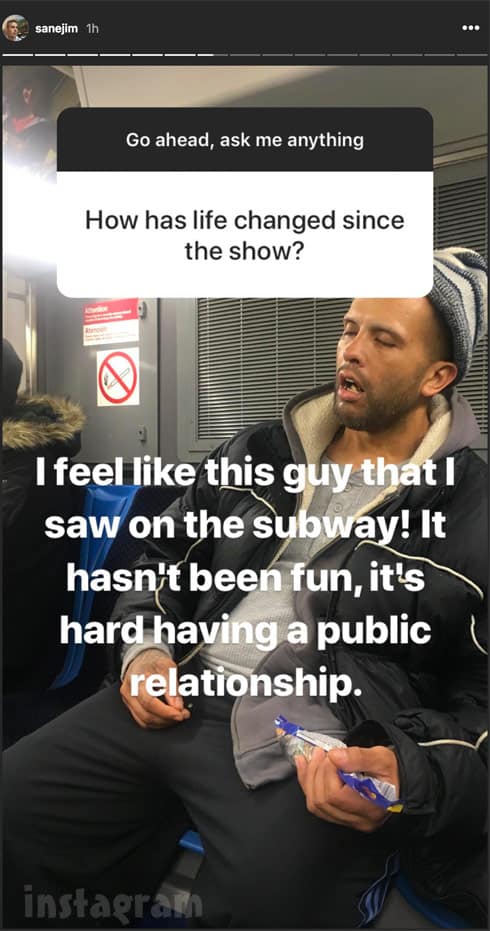 James talked at length about his experience dating an inmate — Alla specifically — during his appearance on the Nation of Recap podcast back in March while he and Alla were on a break. Here’s an excerpt from our recap:

One controversy that seems to follow James around is the fact that he was married to the mother of his two children when he first began his relationship with Alla. When asked if that was true, James points out: “Legally, yes I was. But we had been separated for quite some time at that point and my ex was already dating someone else as well.”

I’m a big fan of James — both on the show and his sense of humor on social media. That being said, I do not envy the journey ahead for him as I’m sure his relationship with Alla will continue to be a monumentally taxing endeavor. I’m hopeful that their love will win out in the end, and that we will get to see that on the next “Where Are They Now?” Love After Lockup special! 😉

UPDATE – James has continued to answer questions after this post was published, including that Alla is scheduled to be released “sometime next year.” He was also asked whether or not he and Alla plan to have children. “Yes,” James replied. “We’re gonna have little half Puerto Rican half Ukranian babies.”