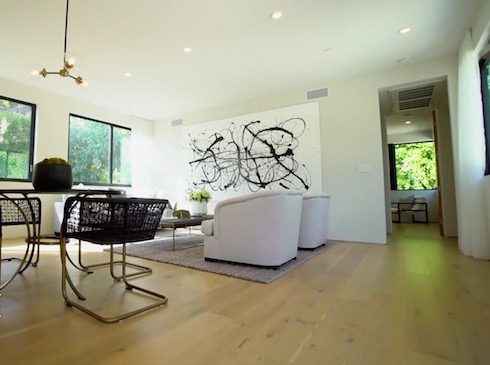 Now that Jordyn Woods has imploded her relationship with her BFF, Kylie Jenner’s guest house is sitting vacant. In case you hadn’t heard, Woods moved out of the apartment above Kylie’s garage after hooking up with Kylie’s half-sister Khloe Kardashian’s baby daddy Tristan Thompson (it’s so much more fun to say that way) just more fun to present the information that way) at a couple of different house parties last weekend.

Now, Khloe and Tristan are through, and Jordyn, who had been best friends with Kylie, done television appearances with her, gotten fake married to her, and worked for her sister, is no longer an unofficial Kardashian. Which means — you guessed it — that Kylie’s going to need a new renter to help out with her share of the $58,000 monthly mortgage payment.

So here’s the deal with Kylie Jenner’s guest house, and the main house behind which it’s nestled. Kylie and her baby daddy Travis Scott bought the fully renovated, 9,680-square-foot Beverly Hills mansion last October, going halvsies on the sale price of $13,450,000. (The price was actually something of a steal; it went on the market a year and a half earlier at $16,000,000.) The main house has seven bedrooms and ten bathrooms and a 2,300-square-foot master bedroom and all the glamorous stuff you’ve seen so often in rich people houses that your eyes glossed over at the mere mention of those things.

The guest house, on the other hand, is a comparatively modest one-bedroom, one-bathroom crash pad. It really is above the garage. According to the layout provided with the images of the house when it was on the market, Kylie Jenner’s guest house is approximately 665 square feet (the dimensions of the bathroom and closet aren’t included). The photo at the top of the article is of the guest house’s living room and bedroom doorway and a smidge of the damn fantastic view from the bedroom window. Here’s the living room and kitchen from the other side: 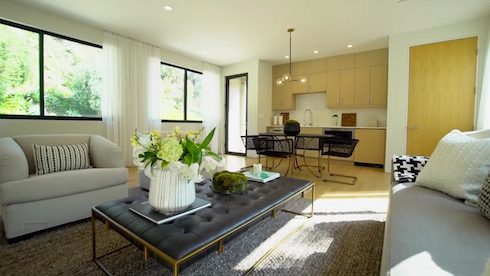 I don’t see a fridge or a stove? Maybe they’re concealed behind the uniform cabinetry. Surely you don’t have to schlep all the way up the drive and into the main house’s house-sized kitchen every time you want to reheat some animal fries?

Anyway, this is what the guest room bedroom looks like: 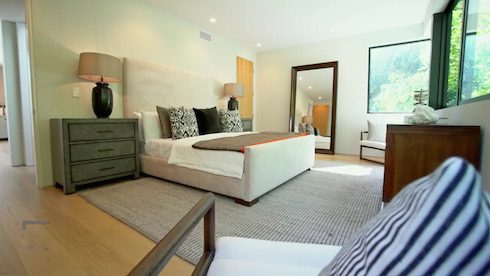 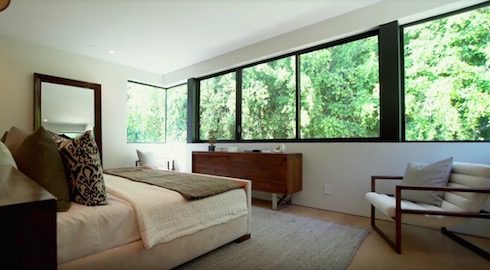 And here’s a video tour of the entire 1.1 acre property, should you be curious about exactly how much privacy you will (or won’t) have:

Whether her new tenant will be a friend or not, we somehow doubt Kylie is in a rush to fill Jordyn’s former space. Her income from Instagram ads alone is more than enough to cover the total mortgage on this house, plus a couple of Kylie’s other southern California properties.