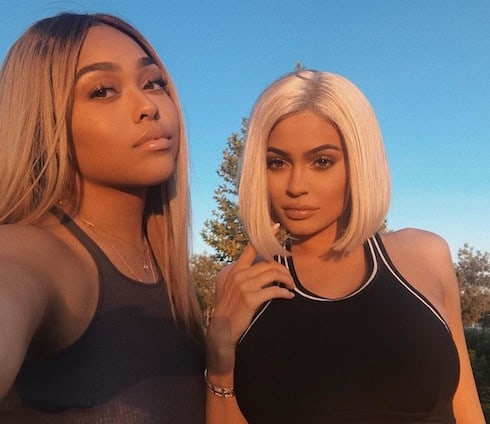 In case you guys hadn’t heard, Kylie Jenner got fake-married on the season finale of Life of Kylie, her KUWTK spinoff. The fake marriage was to Jordyn Woods, her real best friend. It was, in the words of one reviewer, “stupid.”

However, in the real life-reality TV hybrid that is Kylie Jenner’s day-to-day existence, she is reportedly thinking long-term about her eventual marriage to current boyfriend and fellow mogul Travis Scott. We know this because Jordyn recently dished about Kylie Jenner’s wedding plans, confirming that they are in fact hapening. Jordyn seemed to suggest that Kylie and Travis are thinking long-term about their nuptuals, stating she doesn’t think “anyone’s in a rush to get married” (in real life), but also that Kylie’s told Jordyn she’s “already a maid of honor.”

It’s worth pointing out that the quote, while actually attributed to Jordyn and not an anonymous insider, comes from Life & Style, which has been pushing Kylie Jenner’s wedding plans with Travis Scott super hard since the two got together earlier this year. The two have already allegedly gotten married in secret at least once since June–meaning that of all the Kardashian wedding rumors we’ve seen in 2017, 20-year-old Kylie’s are actually sort of the closest to being reality?

In related news, Tyga–still best-known for being Kylie’s ex-boyfriend–recently upgraded from the Kylie Jenner lookalike he’s been seeing on the rebound to a Kim Kardashian model. The 27-year-old was spotted looking “sheepish” while on a dinner date with Kamilla Osman, though it’s also possible he was having second thoughts about this ensemble.