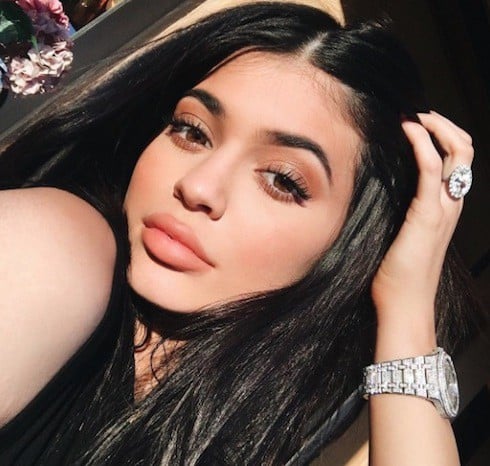 Is the Kylie Jenner lipstick stolen? The budding 18-year-old fashion maven’s business decisions have come under fire of late, thanks to accusations that she took ideas for her lip kit from a YouTube user and passed them off as her own. Unfortunately for Kylie, those rumors have led to increased speculation that she’s about to remove herself from the cast of Keeping Up With The Kardashians, in order to spend more time on her business–and living the good life with 26-year-old boyfriend Tyga.

A Teen Vogue dispatch details the accusations. Apparently, Shannon, a fashion vlogger from New Zealand who goes by the name Shaaanxo, accused Kylie of outright theft of the KyShadow bronze palette–an eyeshadow variant–after Kylie’s offering sold out. Shaaanxo later tweeted out that she never *meant* to accuse Kylie of theft, but her original tweet had already gone viral, meaning the damage was done:

This is not the first time that the Kylie Jenner lipstick (or lipkit at large) has dealt with fallout from poor business decisions. It was only a few weeks ago that Kylie found herself the target of widespread criticism when the Better Business Bureau revealed it rated Kylie’s business an F, thanks to dozens of complaints about delivery issues, product and service, billing, advertising, warranty, and other issues. (The BBB did later revise its rating.) In addition, a separate blogger accused Kylie of theft earlier this year. 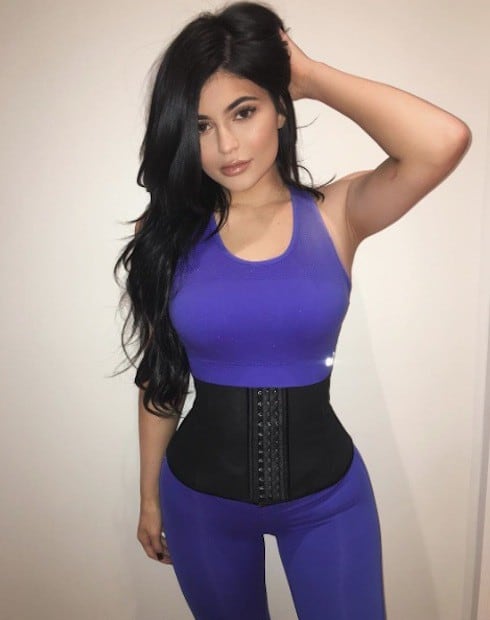 In addition, the Inquisitr apparently has it on good authority that Kylie is “foolishly” leaving the Kardashian TV empire–and “millions” in potential earnings–in favor of a “more private life.” Inquisitr points out that recent rumors regarding the state of Kylie’s uterus might be influencing her decision about whether to stay on the show. “Jenner has first-hand experience with how being raised in an environment that oozes fame might affect a child;” after all, “she was a member of Keeping Up With the Kardashians‘ original cast when the show debuted eight years ago. She was only 10 at the time.”

And Tyga, in spite of everything, continues to factor into Kylie’s decisions. OK has it on good authority that Kylie is leaving the show “for love.” According to their insider, Kylie “keeps telling Kris that you can’t put a price on happiness. And Kris can’t see that the more she fights Kylie over this, the more likely it is that she’ll quit.”

Around this time last year, it was reported that Kylie planned to bolt KUWTK in favor of her own reality program with Tyga, tentatively called either The Kylie Khronicles or Kyga Kings. Whether that spin-off is back in the works has yet to be announced.