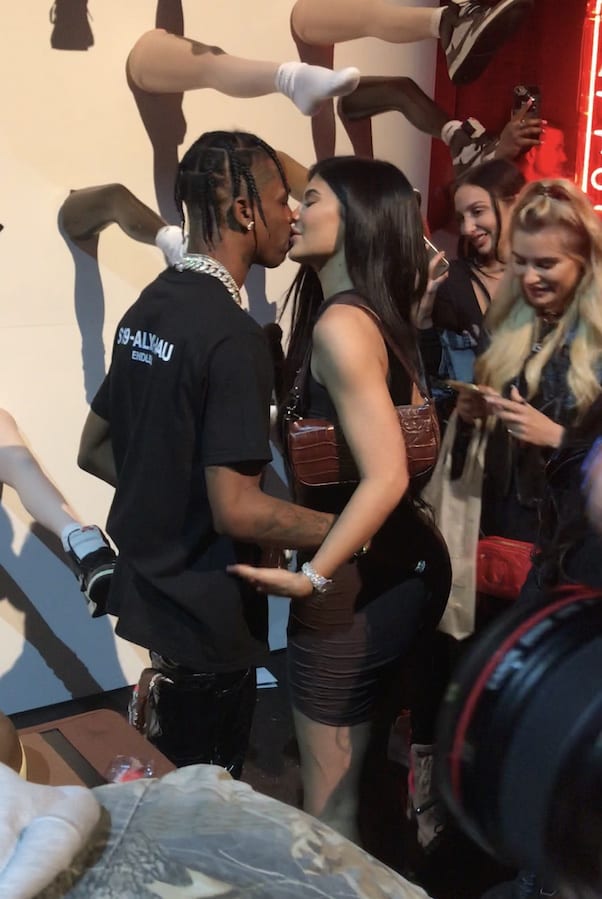 Kylie and Travis baby talk is flying fast and furious today, thanks to the fact that yesterday was his 28th birthday and Kylie dropped a huge come-on for him on Instagram. She’s also been hinting about wanting another baby for months, since well before he ruined a ton of prop bets and bloggers’ expectations by not proposing to Kylie at the Super Bowl. It’s likewise been a few months since the prevailing gossip was that every Kardashian woman of child-bearing age was going to be simultaneously pregnant this year, so presumably those embers are ready to be stirred.

First of all, here’s the birthday message Kylie gave Travis on social media. It was actually her second public birthday message for Travis; last week, Kylie wished her baby daddy a happy birthday with a billboard ad that looked lifted straight from a missing child milk carton. Her Instagram message was much less haunting, plus it included the suggestion that the two of them “f*ck around and have another baby”:

watching you evolve into the partner, friend, son, and father you are today has been so fulfilling ♥️ my real life bestie & hubby all wrapped into one. i love you and I’m so so proud of you. happy happy birthday ?? let’s fuck around and have another baby. ?

Considering the timeline of Kylie’s pregnancy, you almost have to wonder if “f*ck around and make a baby” is an in-joke between the two of them. She gave birth to Stormi in February of 2018, meaning she got pregnant almost immediately after she and Travis started seeing each other on the DL. It was quick enough that Tyga thought he was the father for awhile (though, to be fair to Kylie, Tyga would have assumed as much regardless).

There was plenty of f*cking around to be had this past weekend at Travis’ actual birthday party, which Kylie also threw. Her showpiece gift for him was a silver Lamborghini, which, okay? It’s one of the luxuriest of luxury cars, but it’s not like he and Kylie don’t already have a ton of those. If I’m Travis, I’m a bit disappointed that my billionaire girlfriend didn’t spring for something really amazing, like a party on the moon.

Oh — and Kylie also got Travis a giant shoe cake: 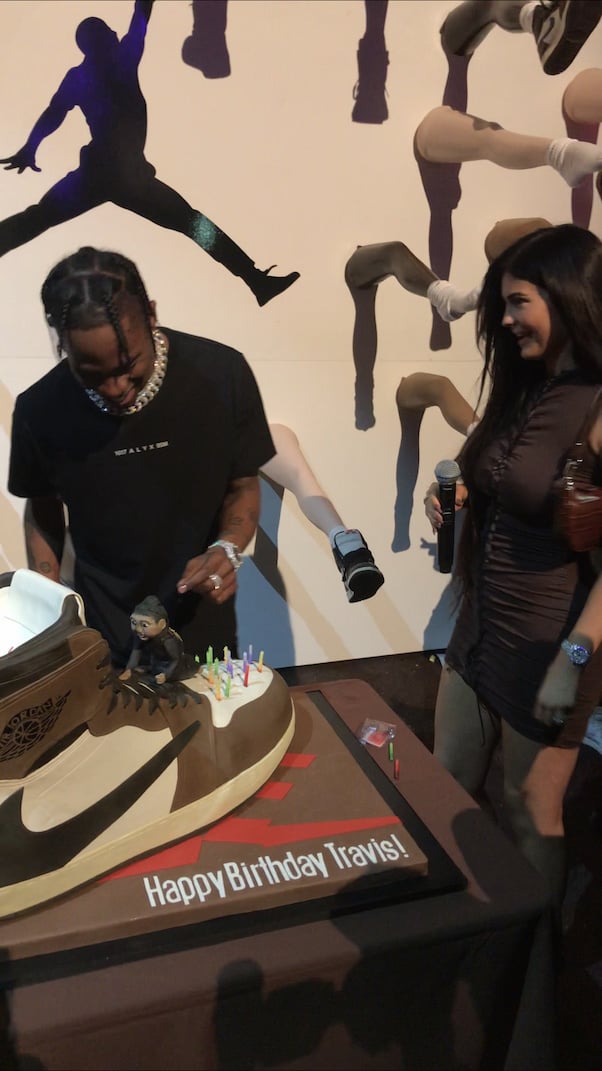 Not the most appetizing-looking thing, but I guess the rich eat differently, too. And speaking of appetites, recall that we learned after Stormi’s birth how hard Kylie had been craving In-N-Out burger during her pregnancy. If over the next few months you start to see tabloid pieces about Kylie’s surprising fast food addiction and weight gain, this is what’s to be read between the lines.