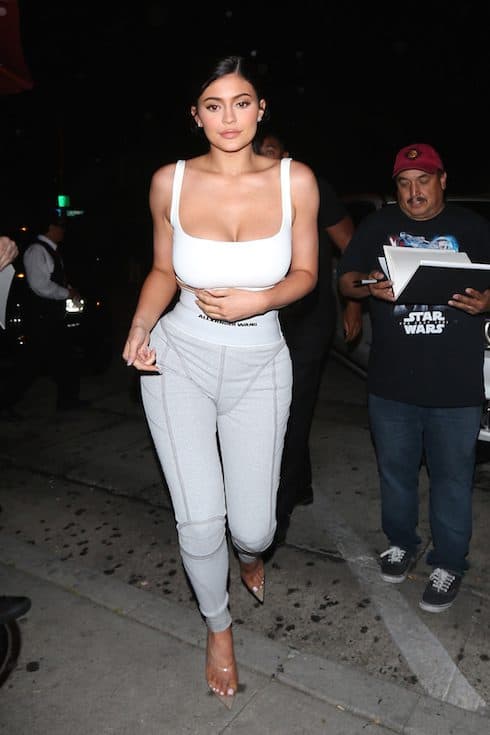 Last summer, we were one of the first sites to report on the astonishing likelihood that Kylie Jenner, the youngest adult and arguably the most easily mocked member of the Kardashian family, would also be a billionaire before her 21st birthday. At the time, Kris Jenner had just revealed that Kylie’s cosmetics company did $420 million in sales in the first eighteen months of existence, in the process becoming one of the most profitable in the industry.

That figure, combined with Kylie’s lucrative swimwear line (projected to do $500 million in annual sales) and still-growing prowess as one of the most sought-after advertisers on social media, meant her coming billionaire status was just a matter of when, not if.

It turns out our prediction was only about 90% correct: according to a new cover feature in none other than Forbes magazine, Kylie’s net worth has ballooned to around $900 million. The article updates some of the figures above: Kylie Cosmetics has now done a total of $630 million in sales, of which a whopping $330 million came in 2017 alone. The magazine estimates the company’s worth at $800 million, and Kylie “owns 100% of it.”

Where does the other $100 million come from? Prepare to be sorry you asked:

Add to that the millions she’s earned from TV programs and endorsing products like Puma shoes and PacSun clothing, and $60 million in estimated after-tax dividends she’s taken from her company, and she’s conservatively worth $900 million, which along with her age makes her the youngest person on the fourth annual ranking of America’s Richest Self-Made Women. (We estimate that 37-year-old Kardashian West, for comparison, is worth $350 million.) But she’s not just making history as a woman. Another year of growth will make her the youngest self-made billionaire ever, male or female, trumping Mark Zuckerberg, who became a billionaire at age 23.

Putting Kylie Jenner’s wealth into perspective is a sobering task

This is a whole different level of wealth than we’re used to hearing about from Kylie. Our recent feature on how much money she makes from Instagram alone concluded that Kylie brings in about $24 million per year just from targeted ads, along with untold hundreds of millions in free advertising for her cosmetics line. But $24 million is frankly chump change when you’re working with a (nearly) billion-dollar overall fortune to a billion-dollar fortune.

wow. i can’t believe I’m posting my very own @forbes cover. thank you for this article and the recognition. I’m so blessed to do what i love everyday. i couldn’t have dreamt this up! #KylieCosmetics

Here’s a comparison to set you weeping again: If your salary is $40,000 per year, your $24 million equivalent is exactly $960, or $80 per month. You obviously don’t want to walk down to the nearest river and just throw $80 in every month. But if you *had* to, or if that money went missing or got eaten up by little spur-of-the-moment purchases like gas station candy and toys for your child, the loss wouldn’t break you. You might not even miss it — until an emergency came along, maybe.

And that’s why the comparison ultimately doesn’t work. Short of a financial crash to make people yearn for the tranquil days of the 2008 crisis, there is no equivalent emergency that could break a billionaire. Kylie already de-plumped her lips…and it didn’t matter.

(The news about Kylie’s fortune also means we’re going to have to up our snark game a few levels, since Kylie is now so rich that this sort of article, on her round-the-clock nannies, couldn’t ever possibly ever offend or even affect her in the slightest.)

Of course, there is umbrage to be taken at Forbes‘ use of the phrase “self-made billionaire” to describe Kylie. As Jezebel rightly pointed out, Kylie is the sole owner of her company on paper — but, until very recently, she also had the “evil genius” of Kris Jenner helping her out with business decisions or making those decisions outright. Calling Kylie “self-made” is disingenuous at best:

Self-made as a phrase conjures a Horatio Alger-esque vision of a woman rising from nothing and clawing her way to the top through hard work, perseverance, and grit—starting from the bottom and ending up at the glittering professional peak. While Jenner’s cosmetics empire is indeed her doing, she was hardly a scrappy little thing. As the youngest child of an already booming empire, Jenner grew up on television and was born into wealth; her struggles to get her business up and off the ground were eased greatly by her family’s wealth. Had Jenner been born into any other family to anyone other than Kris Jenner, a savage businesswoman with an eye for making money, who knows how successful Kylie would actually be?

And of course let’s not even get into the fact that Robert Kardashian left a nine-figure trust fund for his children, along with untold other wealth for his family to live on.

Having said all that: Kylie’s 21st birthday isn’t until August 10th. So it’s at least technically possible that she could hit the billion-dollar mark before the big day, and prove our prediction correct. Maybe we could get a Kylie Cosmetics summer line gift bag for our troubles, if they aren’t sold out by then.