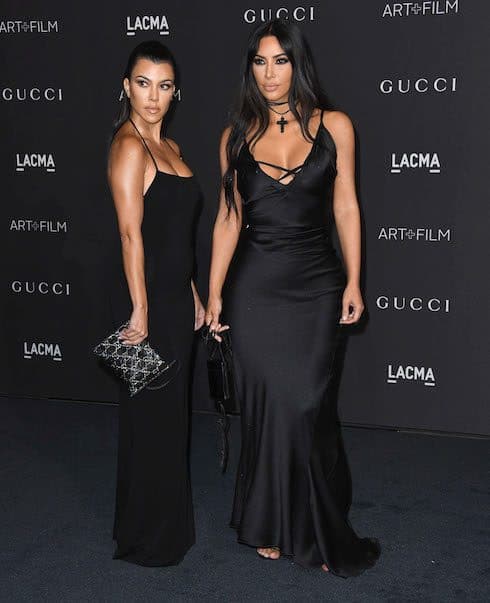 The Kardashians didn’t wait long to announce their latest pregnancy. Just two days into the new year, Kim and Kanye revealed they’re expecting baby number four via surrogate sometime in the late summer. Thanks to that news, gossip and speculation about the rest of the family’s wombs are at an all-time high. Indeed, the true mark of Kris Jenner’s headline-dominating genius is that it’s now all but impossible to keep from wondering: How many Kardashians are pregnant at this very moment?

By the time Kim’s news broke, there had already been several reports of Kris allegedly trying to get both Khloe Kardashian and Kylie Jenner pregnant again in 2019. And it’s easy to see why gossip like that gains traction so quickly. The Kardashians are mogul rich; they’ve long eclipsed the traditional limitations of reality TV stardom; and the daughters are all either in their prime child-bearing years or well within the age range of what science can do for hopeful mothers. (Hell, we’ve even written about some of the choicest Kris Jenner pregnancy gossip in the recent past. And will be happy to do so again!)

The Kardashian women are also prime examples of a long-established tabloid phenomenon: If you’ve given birth once, you are more likely to be the subject of pregnancy gossip. And more likely for longer. Consider the frequent anonymous insiders who allege Khloe really wants to have a second baby with Tristan Thompson, preferably as soon as possible. Or that Kylie is “craving” a second baby by Travis Scott. Or that Scott Disick is still hopeful he can have a fourth child with Kourtney — who’s currently single, so anything is possible.

(Note also that Kendall Jenner is now the only childless woman in the family, and there’s always been far less pregnancy gossip about her. People seem to think that this is because she has a serious modeling career, and thus wants to be taken seriously as a model. And that may well be true. But Kylie, who has a serious billion-dollar business to run, is nonetheless said to be pregnant by at least one major outlet on a pretty much weekly basis.)

For me, the timing of Kim and Kanye’s announcement is one of the biggest potential tells. Last time, Kim’s surrogate was already expecting when Kylie got pregnant in the middle of the year, and Khloe just kind of lingered, halfheartedly keeping the secret everyone already knew before confirming it way too late in the game. From a PR and marketing standpoint, the family’s brand messaging could have been a lot tighter.

But Kris Jenner definitely seizes a business opportunity when she sees one — and the 2017-18 pregnancy season was nothing if not that. So announcing this pregnancy *this* early in 2019 suggests that more are definitely on the way. We already know Travis Scott is a lock to propose to Kylie during the Super Bowl halftime show. Khloe and Tristan’s wedding planning may well be moving forward again. Kourtney and Scott don’t have much else going on. Anything less than four confirmed Kardashian pregnancies this year will be a failure for Kris. But the real drama is whether she can convince Kendall to make it a true handful.

(Photo credits: How many Kardashians are pregnant via Birdie Thompson / AdMedia / SplashNews.com)

Scott Disick rehab: Given ‘ultimatum’ by Kourtney, he flies to Las Vegas to be with Lamar Odom