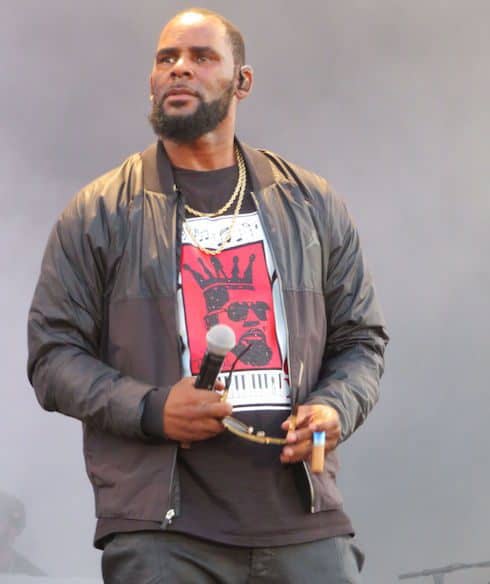 For years, rumors and gossip about R. Kelly’s potentially illegal sexual activities have dominated conversation about the singer. Now, thanks to Lifetime’s disturbing documentary “Surviving R. Kelly,” that talk has exploded across social media — but is R. Kelly under investigation yet? Or will this public outcry blow over, as well?

Since the documentary’s finale aired last week, several different police forces and district attorneys offices in cities where R. Kelly — full name Robert Sylvester Kelly — have said they’ve either begun or could soon begin looking more closely at the the allegations. And a number of new women have come forward with more claims.

Though talk has swirled for literal decades — ever since R. Kelly’s ill-fated marriage to Aaliyah when the singer was just fifteen years old — it wasn’t until a July 2017 exposé that the R. Kelly sexual assault allegations began to come into sharper focus. That piece, originally published by Buzzfeed, alleged that Kelly has been keeping several young women in at least two different sex cults (one in Chicago, the other near Atlanta), barring them from seeing their parents, and brainwashing them to do his bidding.

Then, just eight months later, a BBC3 documentary called Kitti Jones raised the allegations once more. The documentary was named for an ex-girlfriend of Kelly, who said she had encountered girls “groomed” to do Kelly’s bidding in a “sex dungeon” from as young as the age of fourteen.

Is R. Kelly under investigation — criminal or otherwise?

In the era of #MeToo, “Surviving R. Kelly” may have been the bursting of the dam holding the allegations back. Lifetime’s documentary featured the family members of some of the women supposedly being held by R. Kelly, who has toyed with “admitting” his guilt since Buzzfeed’s article broke.

According to the Atlanta Journal-Constitution, the Fulton County District Attorney’s office has opened an official investigation into R. Kelly “as a direct result of the allegations made” in the documentary. The AJC’s article states that “calls reportedly flooded” the DA’s office following “Surviving R. Kelly”‘s debut, and that the lawyer representing Joycelyn Savage, one of Kelly’s alleged victims, confirms that they are “actively assisting in any way necessary” with the Fulton DA.

(The AJC’s article also includes a quote from the spokesman for the Johns Creek Police Department, who says that the department has “no active investigation on R. Kelly.” However, it’s important to note that while Johns Creek is where one of Kelly’s two alleged sex dungeons is located, the city itself is located in Fulton County. Also important to note: The age of consent in Georgia is sixteen. But at least one of the women supposedly being held at Kelly’s “sex dungeon” in Johns Creek is said to have been fourteen at the time she began a relationship with Kelly.)

Is R. Kelly under investigation in his hometown of Chicago?

Initial reports that Cook County — where Kelly’s other alleged sex dungeon is located — had opened a second investigation proved premature. However, following word that Atlanta was investigating the singer, the Cook County State’s Attorney office confirmed it’s received a huge response following the documentary, and is trying to see whether they might have a case.

The wall of secrecy around Kelly may be crumbling

Two related revelations over the past two days suggest that R. Kelly’s own business associates may be getting sloppy — or are outright willing to share more than they have in the past.

As we reported yesterday, Demetrius Smith, R. Kelly’s tour manager from 1985 to 1995 — an era that includes the earliest part of his relationship with Aaliyah — appeared to confirm the singer’s sexual involvement with underage and / or potentially underage girls. Speaking with The Domenick Nati show, Smith said that Kelly and his entourage considered girls of fifteen and sixteen “grown women” as long as they came from homes where their “parents would not miss” them if they happened to stay out all night.

“Back in those days,” Smith said, “we didn’t look at their ages. I mean, you could stay out all night, and, if you’re fifteen, wow.”

Additionally, it’s now being reported that James Mason, another of Kelly’s former managers, had a warrant issued for his arrest last summer after he allegedly threatened to kill Joycelyn Savage’s father. According to the arrest warrant, when Joycelyn’s father Timothy Savage spoke out against Kelly, Mason told him “I’m gonna do harm to you and your family, when I see you I’m gonna get you, I’m going to f*cking kill you.”

The incident is said to have taken place in May of 2018. Since the above news went wide, Mason has referred all queries for comment to his attorney. And it’s not yet clear whether Mason will have to turn himself into authorities, now that news of the warrant has broken.

Nor is R. Kelly’s next move clear. Numerous outlets are quoting anonymous insiders who fear Kelly will flee the country. But Kelly himself has yet to comment on the documentary or the new investigations into his formerly private life.