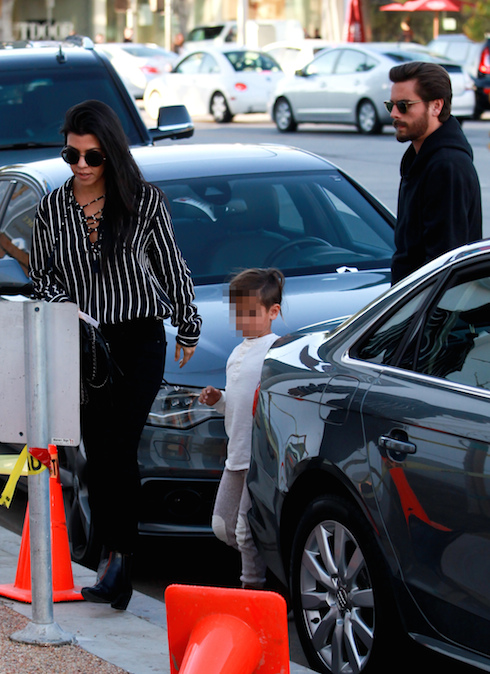 Scott Disick and Kourtney Kardashian are getting back together. That’s the latest word after a bevy of reports covered the couple’s increasingly close moves during a crowded Thanksgiving weekend, one which saw them spend the holiday together before taking in some light shopping and potential necking on the days that followed.

It would appear that the vow of year-long celibacy that Disick took during his most recent stint in rehab did more to sway Kourtney than initial reports revealed. Though Scott left rehab several weeks ago, and has been trying like mad to get back into his estranged partner’s good graces since their fallout this past summer, there was no guarantee of success. Just last week, Kourtney called Scott a “real f*cking a**hole” to his face–and with her mother in the room.

That insult came after Scott flaked on spending time with he and Kourtney’s three kids; since leaving rehab, though, it’s been all about the family for Disick. “He’s talking to Kourtney in a more productive manner,” a mutual friend said recently; “they are talking to each other, not past each other. Will he ultimately end up with her? I’m not sure about that. But at least they’re being healthy as they interact, which is a lot of progress.”

But that was last week. More recently, Disick fueled further speculation about he and Kourtney’s status with a cryptic Instagram update on Thanksgiving:

Following Thanksgiving, Scott Disick and Kourtney Kardashian took son Mason out for some Black Friday shopping, as well as for some appreciative gazing at RH Contemporary Art in Beverly Hills. According to an eyewitness, though, the pair shared a lunch that truly sealed the deal. “They went to one of their favorite spots in Beverly Hills called Nate & Al’s,” said the source. “[Scott and Kourtney] were very close the whole time, and aware that they were being watched by patrons and possible paparazzi, so they devoted a lot of theirattention to Mason.

“However,” the eyewitness went on, “Scott also did little things like rest his hand on the small of Kourtney’s back and fix her hair when it got in her eyes. It was very loving and she was loving every minute of it. She really was happy the entire time and Mason seemed to be in a great mood since they were both together.”

VIDEO Is that Scott Disick’s voice on the Cortana phone app commercial?