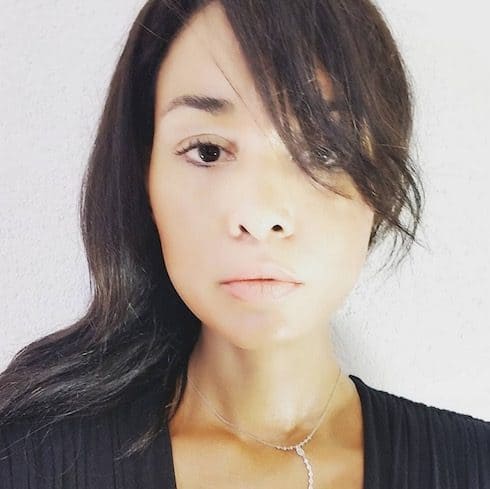 RHOP star Katie Rost is detailing new physical and sexual abuse allegations against her ex-husband, James Orsini. In light of Katie’s new posts, and the disturbing bloody bathroom photo posted to Katie’s Instagram feed days ago, an uneasy question hangs over the allegations: Did Katie Rost have a miscarriage, as she may have said? And, if so, what caused it?

We say “may have” because the issue is one of authorship. As we wrote in our earlier article, several days ago, a photo was posted and deleted to Katie Rost’s Instagram account. The image — which you can view here — was of a naked woman, face-down and nearly fetal, said to be passed out on a bathroom floor. The toilet seat had come off behind her, and blood pooled around the woman’s prone body. The caption read only “#metoo,” a hashtag that Katie has used often over the past few months.

Before the image disappeared, someone posting from Katie’s account responded to a question about the photo by saying that it was her boyfriend Jacob who’d gotten hold of her phone and uploaded the pic.

“I miscarried,” Katie explained. “Jacob took the picture, he posted it on my phone, he was mad, said they killed my baby. I am ok, will take this down now.”

Katie has made several new posts since then, most of them detailing an allegation of abuse she suffered by at her ex-husband’s hands. The implication seems to be that a recent altercation with James caused Katie to miscarry the baby she’d been pregnant with for approximately six months. Katie has yet to address her alleged miscarriage again, either in a post or in a comment elsewhere.

Just this afternoon, Katie shared images of a note that she says James Orsini left her following an abuse-related arrest and removal from the couple’s home. The references to “James Rocco” are for Katie and James’ then-unborn son, as Katie was in her second semester of pregnancy at the time:

People keep asking me why I stayed with my abuser after being verbally, physically and psychologically abused daily. Once the authorities got involved and he was removed from the home by the department of family and children in New Jersey, why didnt I leave my marriage. Why would I do that? I still don't know. Maybe I used to believe crocodile tears like I got when the cops arrested him and he left me this note. But hell no, I don't now. But this is my platform for talking about abuse and I will use it even if it goes against the orders of a system that shackles my voice and rewards my abuser. Kathryn and Renee were conceived after the assault that I posted previously. I left their father when I was 4months pregnant after he was allowed back into the home and started to abuse me again. I went home to Potomac. Thankgod for my girls. I made bad decisions for myself. But my children would not have been born without the bad decisions I made. Its fucked up. I think of this every day. It is a shame I carry with me every day. And I have lied about it for too long. No more lies, no more hiding. This is my #metoo #proudmom I am an instagram author and Boston University College of Communications grad.

We’re unsure about two of the words in James’ note, but here’s a quick transcription in case you’re having trouble making it out:

Not supposed to talk for 1 week no super star James Rocco 🙁
I am dying inside
I don’t know what to say
I love you — I’m scared
I guess this is for the best I almost died last not (?) truck came so close I had to jump off the road 40 min by car on a highway
I’m sorry that I came home so mad — please don’t (uninteligible) James Rocco I love you both so much
The cops are watching
This note is not (uninteligible) I guess
Big kiss Momma

As we mentioned above, Katie has been using her Instagram page as a #MeToo platform more and more over the past few months. She first alleged abuse by her ex-husband in a December 4th post with the hashtag imposed over a photo of the couple on their wedding day. A few days later, Katie continued her reveal by sharing a clip of her appearance on Miami’s “Daily Flash TV” during Art Basel. And by mid-December she was sharing the link to a YouTube video purportedly depicting verbal abuse from James.

We’ve reached out to Katie for comment and will update the article if we hear back.

(Photo credits: Did Katie Rost have a miscarriage via Instagram)

When too much is never enough: Johnny Depp’s luxury woes