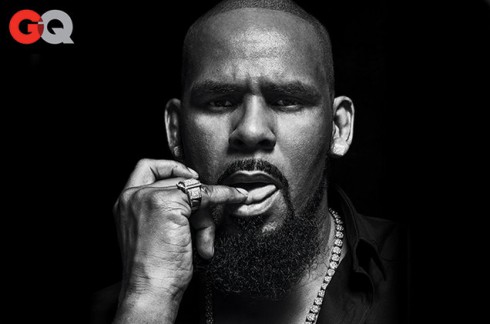 R. Kelly, who has hired Bill Cosby’s lawyer, has issued a public message promising to continue with his upcoming tour and telling fans to ignore all the “crap” people are saying about him. The TMZ video shows the rapper addressing the audience himself.

Last week a music journalist who has extensively covered Kelly and his questionable relationships with young women over the past few decades published a scathing report about the rapper’s current actions.

Described as a “cult” full of brainwashed young women in two of his residences, the article revealed that several aspiring singers are living of their own free will with Kelly and have to abide by a set of rules. If you stay at anyone’s house there are usually some general rules involved, but these rules allegedly include when the girls can eat, bathe, use the bathroom, sleep, and when and how their phones. There are even claims that Kelly directs them to perform sexual acts when he videotapes.


They group of girls are allegedly referred to as “babies,” call Kelly “daddy,” and are trained by a 31-year-old “den mother,” who’s friends with the girl who was in the middle of Kelly’s 2008 child pornography trial.

Parents of the girls have gone to the police with their concerns, but the police can’t do anything because the women are of age and consent to be there. One of the girls living at Kelly’s homes, Joycelyn Savage, spoke out to the media to claim that she’s not being held captive.

In a statement given to Pitchfork, R. Kelly’s attorney Linda Mensch said: “Mr. Robert Kelly is both alarmed and disturbed by the recent revelations attributed to him. Mr. Kelly unequivocally denies such accusations and will work diligently and forcibly to pursue his accusers and clear his name.”