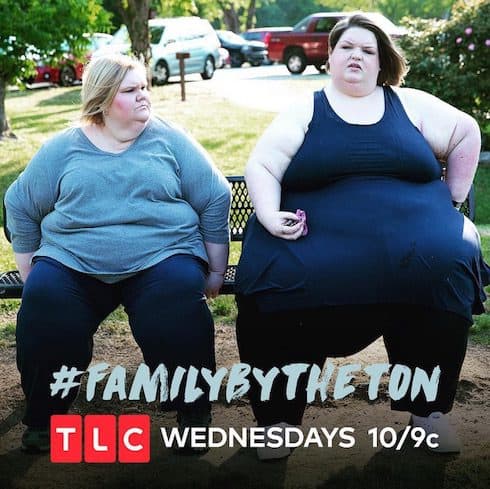 TLC’s Family By The Ton is back for Season 2, and in a greatly expanded version. As we’ve already covered in-depth, the Anderson family from Season 1 — cousins Don, Chitoka, and Naomi — are back with all-new episodes detailing their weight loss journey. Specifically, the Anderson episodes will begin on February 13th. (Click here for our in-depth look at what to expect, including new weight loss pics.)

What this means, of course, is that the show made its Season 2 debut with an entirely new cast — and that Season 2 will be twice as long. So get ready to meet the Family By The Ton King Family: Casey, Ed, Amy, and Amanda, another set of cousins with big weight loss goals and even bigger determination!

For starters, here’s the trailer for Season 2, featuring the Family By The Ton King Family official introduction to the world:

The King family’s combined weight is a daunting 2200 pounds at the start of the season. And, as fans of My 600 Lb Life have come to expect, the Kings are dealing with a bevy of serious health issues — some of them life-threatening — as their Family By The Ton episodes begin.

We’ll begin our look at the Family By The Ton King Family with Casey, who is also the heaviest of the four cast members at around 700 pounds. As the season premiere made clear, Casey’s favorite hobbies include a steady diet of video games, compounded with a ton of junk food. His obesity is rapidly approaching a point of no return — and things are made worse by Casey’s father, Ed, who appears to be something of an enabler.

Casey hasn’t shared any new photos on social media since the season began, but here’s a pic of him from the Season 2 premiere: 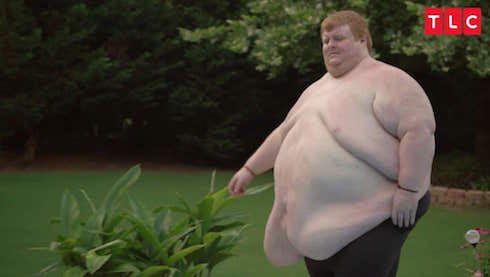 On the other hand, Ed’s most recent public photo is a full-body shot — something rare for My 600 Lb Life-affiliated participants, as longtime viewers are no doubt aware — and it looks like he’s managed to drop quite a few pounds from his peak weight of 450: 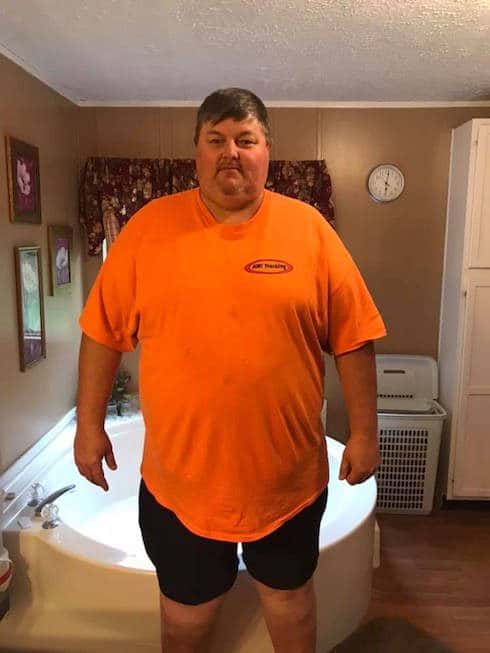 Next up in our Family By The Ton King Family introduction is Amanda, whose health issues are the most serious of all. Her peak weight of 650 pounds puts her not far behind Casey — but Amanda has also been diagnosed with endometrial cancer. And, at the outset of the show, Amanda is told she can’t undergo treatment for her cancer until she loses a drastic amount of weight: approximately half of what she weighs, or something in the neighborhood of 325 total pounds.

Fortunately, it looks like Amanda may have gotten an updated medical opinion (one that we’ll no doubt see as the season unfolds). Last April, she took to Instagram to share with her followers the good news that she in fact would be getting gastric sleeve surgery sooner than expected! Here’s her reveal, which came long before the Family By The Ton King Family episodes were even announced:

First I want to thank everyone for your support and interest in following my journey. While the path I’m taking may have changed the journey is the same. I am working hard to lose weight, beat cancer and reclaim my life. After much thought, research and many conversations with doctors, family and friends I have decided to get the gastric sleeve surgery. This will not be easy and the operation is dangerous for someone my size but it’s the best move to help me lose this weight so I can have a fighting chance to beat this cancer. I hope you will still support me and follow my journey however I understand since I am no longer vegan if you choose not to. Thanks again for your support and encouragement. #reclaimmylife

Finally, cousin Amy is battling with issues of self-esteem and physical limitation that come with a weight of 400 pounds and rising. Amy is also the youngest of the four King family cast members, which on the show seems to translate to a different type of determination: like a youngest sibling, she has the most distance from her family members’ successes and failures, and wants to forge her own path.

Amy is the most active family member on social media — and she’s a makeup artist, so her before-and-after shots are already more dramatic than most of what we’re used to seeing from Family By The Ton and My 600 Lb Life. (We should add that Amy has already done glow ups for her cousin Amanda; hopefully Casey and Ed aren’t far behind 🙂 )

For starters, here’s Amy decked out in her most recent St. Patrick’s Day finest: 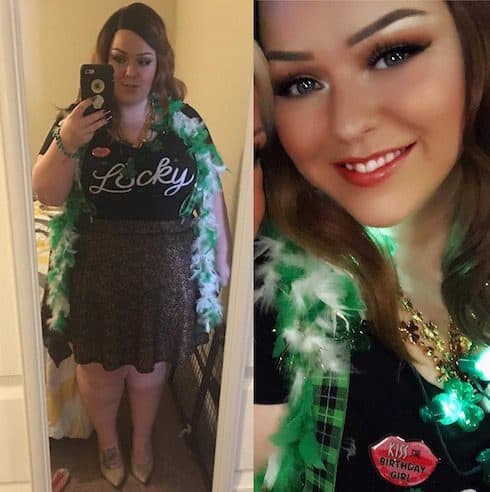 And here’s one of the most recent weight loss pics that Amy has made public; she shared it just a few weeks before making her reality TV debut: 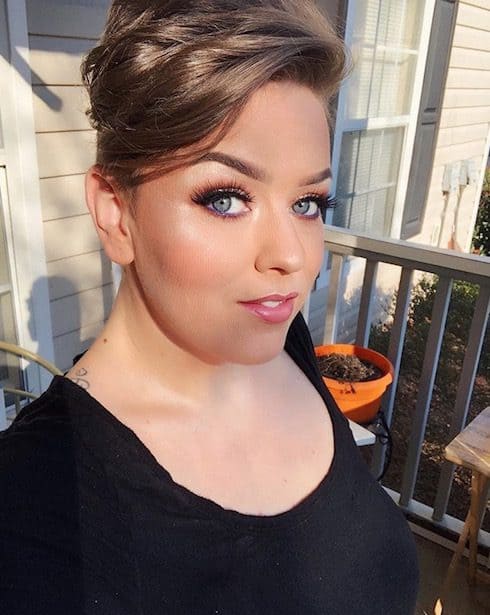 Finally, you can stream all episodes of the show, from the Family By The Ton King Family debut back through Season 1, right here via TLC.