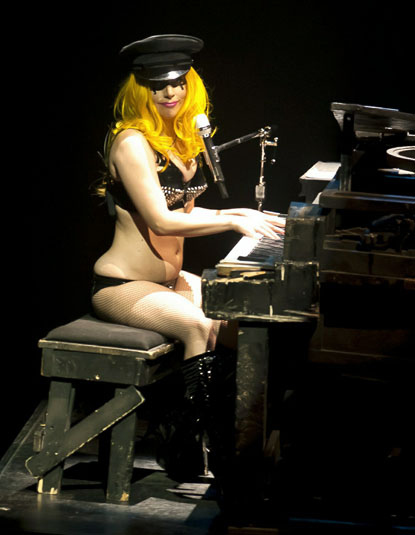 Gaga, who was hospitalized six times last year for complications from not eating,  has put on a few pounds recently during her Monster Ball Tour. This was a move reportedly ordered by her record label, Interscope. 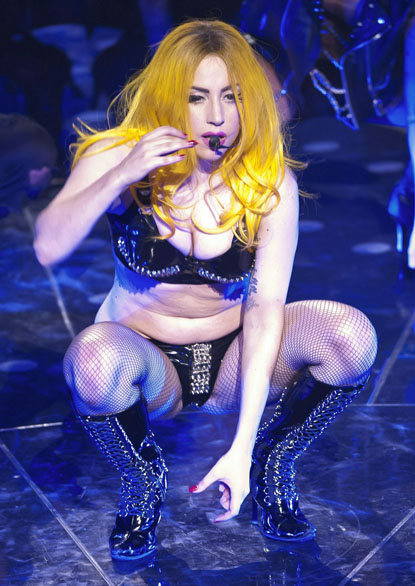 Instead of covering up in a muumuu, as Buzzfeed editors have suggested, she’s worn her same lingerie attire. Thick and proud!

Hopefully this means that’s she’s not punishing herself anymore with starvation on a grueling schedule. We want our Gaga to be healthy! Also, hopefully no  more “Pop stars should not eat” quotes.

In case your wondering what food Gaga ate to chunk up a bit, here’s her mouth watering weekly themed-food schedule (via Hollyscoop): 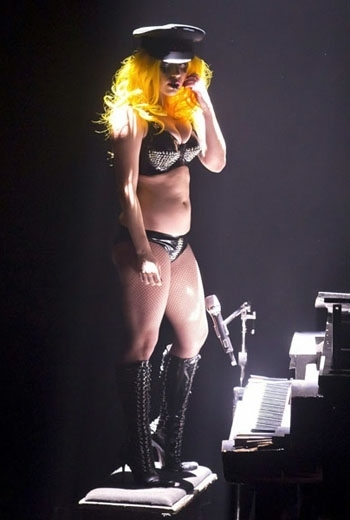 Here’s Gaga before, at one of her skinniest moments on the “Telephone”video, and after: 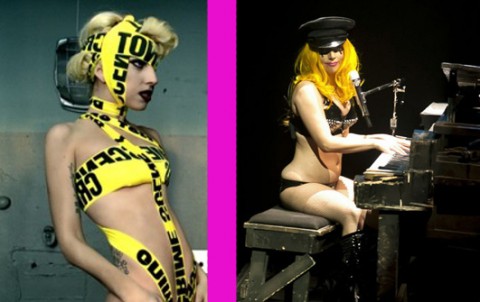