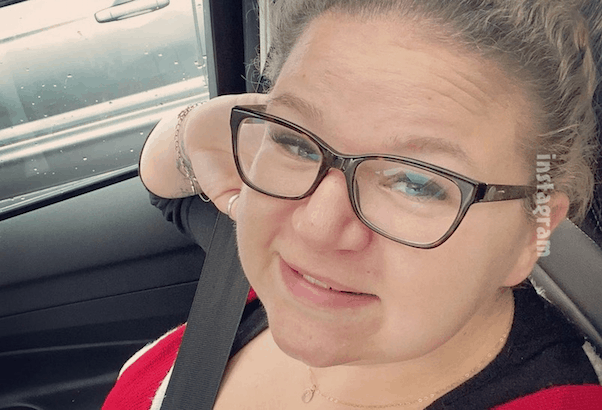 It’s been more than two years in the making, but My 600 Lb Life star Brianne Smith Dias’ follow-up episode is *finally* set to air! In anticipation of her Where Are They Now? debut, Brianne was gracious enough to talk to Starcasm exclusively about the episode — and about some of the episode’s more difficult moments.

We got into the most commonly asked, biggest questions surrounding Brianne and the saga that her life\ has turned into since she became a reality star. Is Brianne Dias still married? Has she met her weight loss goal? And how does she feel about My 600 Lb Life now that it’s been a part of her own life for three years and counting?

This is the first part of our exclusive interview with Brianne Smith Dias. We’ll post part two — where Brianne talks about fearing the reaction to her second episode, and how a certain couple in her Oregon hometown might respond — just before the episode drops tonight.

Is Brianne Dias still married? What happened to Rick?

Unfortunately, followers of Starcasm’s coverage of Brianne’s story know that her marriage to husband Rick Dias had an unhappy ending. Just last month, Brianne confirmed she had divorced Rick after nine years of marriage and thirteen years together.

Things went sour for Brianne and Rick after he began an affair while Brianne was away from the couple’s Oregon home, working with Dr. Now on her weight loss in Houston. In an earlier interview, Brianne told us that Rick’s infidelity had “devastated” her — but that she still loved him “with all [her] heart” and was trying to get him to leave the other woman.

And Brianne has been filming her follow-up for nearly two years. So fans who tune in for her Where Are They Now? episode will get an especially raw look at Brianne and Rick’s final months together.

Brianne acknowledged as much in our interview, saying she “lost my best friend and partner in life.” But when we asked Brianne if she would still be on the show, knowing how everything has turned out, her response couldn’t have been more positive.

“I would 100 percent,” Brianne told us, adding that she “also regained my parents” because of her involvement.

“The reason I did the first show,” Brianne explained, “was to show people that if at 787 lbs, I could get up and do it, someone that needs help or needs to just lose 10 or 20 lbs — my God they can do it too!” 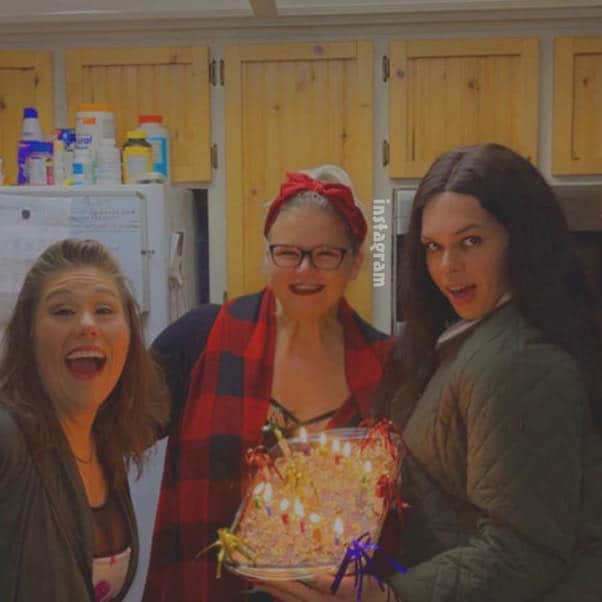 Did Brianne Dias have a miscarriage?

Nor was Brianne’s divorce the only trauma she suffered during filming. In late 2019, Brianne miscarried, making her the second My 600 Lb Life cast member to experience such a tragedy while filming a follow-up. (Brianne’s Season 6 cast mate Sarah Neeley was the first.)

But, ever the optimist, Brianne remained upbeat even when remembering the baby she lost. “The second show I did,” she told us, “because here I am lost the one thing I’ve always wanted in life, my precious baby.

“Then my husband leaves me for the worst person I could think of,” Brianne went on, speaking to her own determination and inner strength. “All of this would be enough to make you fall under a rock and never come out!”

Brianne Dias weight loss: A tease before the big reveal

We didn’t ask Brianne how much weight she’s lost (because everyone who follows the My 600 Lb Life cast knows she wouldn’t have told us anyway). But Brianne *did* tell us that she’s “struggling to lose that last 40-50 lbs” to meet her weight loss goal.

She also expressed some surprising frustration at being unable to share her current weight loss before her new episode airs. For Brianne, having to keep the numbers a secret means she’s not able to help as many of her followers with their own weight loss struggles.

“I think what’s frustrating is not being able to share the numbers and the success the full body [photos] and all of that!” Brianne explained. “I really wanna help people.”

And Brianne got downright enthused when the topic of skin removal surgery came up. “I’m gonna definitely have skin removal,” she told us. “I can’t wait to get [it].”

Brianne also said she hasn’t been able to schedule a removal surgery yet, as “everything was on hold because of the divorce.”

Perhaps Brianne’s most hopeful words came when we asked her what advice she would give anyone thinking about trying to join the My 600 Lb Life cast for future seasons. Unsurprisingly, it all boils down to staying true to yourself, no matter what happens.

Even though the show does air all things, aspects in your life. Always be true to yourself that’s what you saw from me! I fist bump 👊🏼 all the time, I do feel like what you saw was me! Be yourself but above all DR Nows diet and his way WORKS! So DO IT! It’s so easily said rather then done but it’s a journey and the surgery is JUST a tool. Dr now is just a tool you’ve gotta do the work!

Oh — and whatever Dr. Now tells you to do? Just trust him and do it.

“Do what Dr now says,” Brianne added. “That’s the only way your gonna get better. Also make sure you seek and get counseling!”

Finally, Brianne said My 600 Lb Life‘s producers have yet to contact her about a second Where Are They Now? episode. If they do, though, she’s ready to say yes.

If you aren’t already, you can follow Brianne through her very active official Facebook and Instagram fan pages. You can also stream her My 600 Lb Life debut via Discovery+.

The Brianne Smith Dias Where Are They Now? episode debuts tonight at 8 PM on TLC. Stay tuned or the second part of our interview with Brianne, dropping just before the episode airs.

MY 600 LB LIFE What was Coliesa McMillian’s cause of death?