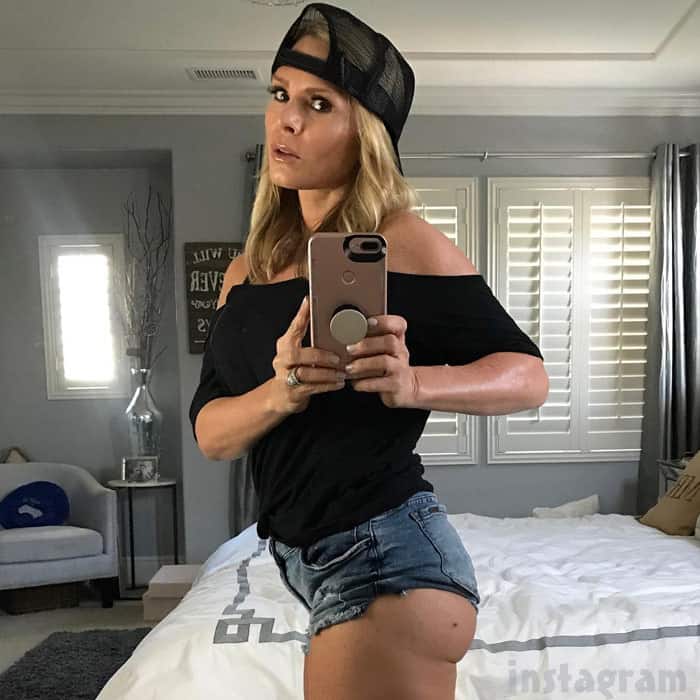 There are no shortage of female celebrities letting their asses hang out on Instagram, but it’s rare that one of them is doing it for a good cause. The Real Housewives of Orange County‘s Tamra Judge did exactly that this weekend as she bared her bum to reveal her recently diagnosed melanoma skin cancer and encourage everyone to have their skin checked.

“I work out ? hard for this Booty,” Tamra began her caption — and I admit that at this point I was thinking this was just another sexy ass pic. “I was planning on competing again in November at 50 years old,” Tamra continues, referencing her NPC fitness training, “but I’m not sure that’s happening ? now. It looks like God has a different plan for me. I’m showing you this picture because this is what melanoma looks like.”

Tamra wants to make her motivation for posting the photo very clear: “I don’t want sympathy, I want you to save YOUR ASS and get your skin checked. This was just a small black flat freckle…. I had no idea!”

Given our extensive coverage of Tamra through the years, I thought I would take a glance through the Starcasm archives to see if I could find a photo of the cheek in question before the mole appeared. As it turns out, the search was VERY successful! Check out this photo of Tamra from 2011 in which you can clearly see a mole-free bun: 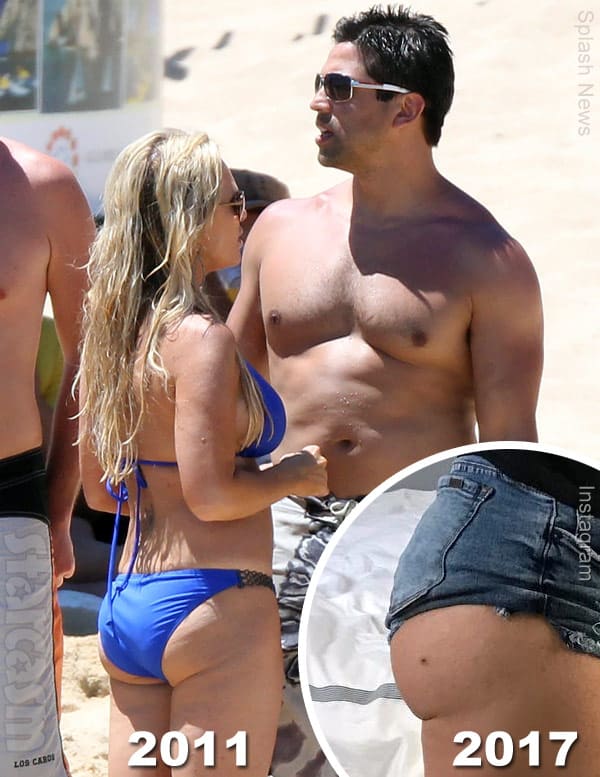 * NOTE: The melanoma is on Tamra’s right side. The Instagram photo was taken in a mirror and everything is flipped.

The reality star maintained her sense of humor as she assured her fans (and detractors): “I’ll be fine because my faith is strong and my Ass ain’t bad either?” Of course, being diagnosed with melanoma will have a negative impact on anyone. “I’ve been a little sad, worried and p!ssed off,” Tamra reveals. “But we caught it early and that makes me happy ?”

She finishes up the post with “Happy birthday to me. #saveyourass birthday party in Cabo not sounding like a good idea now ? #awareness.#skincheck”

Let's do this Dr Litchfield @cacoastalderm having two spots cut out today ?. Get your skin checked my friends it could save your life

After Tamra’s post, the E! News show Daily Pop did a brief segment about it in which they criticized Tamra for being sexy in the picture. Well, two of the hosts were critical — the other argued that no one posts Instagram photos without trying to look good.

Clips from the segment were shared by the @TeamTamraJudge Instagram account along with some harsh criticism, and Tamra reposted the clips and the fan account’s caption:

Ok so some people might not have been bothered about this and I don’t want to clog this up with negativity but I am absolutely DISGUSTED by the comments made by these 3 people on the Daily Pop show. I felt so uncomfortable watching this because it felt like they were being insensitive and making light of something that shouldn’t be made light of. There’s having an opinion and then there’s just being plain rude. The sarcastic comments, trying to wrap a compliment in a negative, the contradictions. The whole thing is just gross. #TeamTamra! People should be supportive, love or hate her, nobody should be taking this approach towards what she’s going through! Anybody with some human decency is doing nothing but wishing her well & isn’t making light of it or being insensitive. They really should apologize tbh! There’s my 2 cents… – #RHOC #DailyPop #TamraJudge #RealHousewives

Tamra responded by admitting” “I’m always p!ssing someone off ? TRUTH is I got you talking and spreading awareness.” Tamra then tags Daily Pop show host Catt Sadler and adds: “I hope you will approve of my hospital pic …coming soon AND I probably will have makeup on.” (In the clip, Tamra is criticized for having makeup on and not being in a hospital gown.)

So what do you think of Tamra’s cancer derri-awareness photo? I just did this post about melanoma skin cancer awareness, so for me it seems clear that her “end” justified the means.