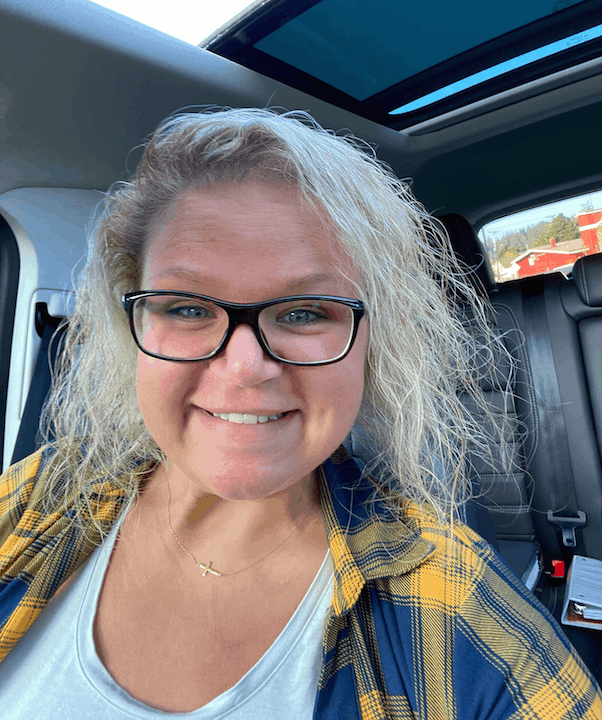 My 600 Lb Life star Brianne Smith Dias, already dealing with a year of personal misfortunes, just revealed an unfortunate tragedy: one year ago, Brianne lost the baby she was expecting with her now-ex-husband Rick. The My 600 Lb Life Brianne miscarriage confirmation came from Brianne herself, who shared her misfortune and heartbreak in a lengthy, soul-bearing social media post.

Fans of Brianne’s story will recall that Brianne’s husband Rick began seeing another woman in Rick and Brianne’s hometown of Florence OR while Brianne was still in Houston working on her ongoing weight loss with Dr. Nowzaradan. This past February, Starcasm broke the story of Rick Dias’ affair with the alleged “demon woman” of Florence; Brianne later told us that she still loved Rick “with all [her] heart” and was “devastated” by his infidelity.

In addition to the end of her marriage to Rick, Brianne has also been grieving the death of the man she called her “adoptive father.” Last summer, Brianne paid tribute to Larry Miller, the man who helped her recover from the emotional abuse of her biological father, after Miller’s death from undisclosed causes. Brianne also called Miller “the greatest human being I’ve ever met.”

Then, last night, the reality star again shared her personal anguish. This time, it was news of the My 600 Lb Life Brianne miscarriage, which has sent fans and followers to Brianne’s social media pages in droves. According to Brianne, she found out she was pregnant last summer while back in Texas and “wanted to surprise Rick” with the news upon her return home. However, after spending a week planning the reveal and daydreaming about the future, Brianne lost the baby.

Ok this is a very hard post but I’m making it. Last year After being home with my family I went back to Texas and found out I was pregnant. Something I wanted since I was a kid lol I was made to be a mom even though I have Catrina Dias I wanted to be mommy to so many babies. Rick and I had tried and tried but due to my size it wouldn’t happen. So I gave up!! After being home for the summer I went back to Texas and one morning felt horrible to the point I had to go to the ER. My mom took me to the ER and we were sure I had something with my appendix (we were getting ready for surgery to remove it) the ER DR came in and told us ma’am your pregnant!!! I just about lost my crap because this was something I wanted SOOOO BAD! But never to have it be known in this way. Wanted to surprise rick like a lot of wives do on the you tube channels…. anyways I didn’t believe them so they tested my blood levels and my HCG levels were over 900 telling us I was between 5-6 weeks. Right then I like almost knew the day I had gotten pregnant… lol it was a good night in Lake Shasta CA with my HUSBAND. So my DR told me I needed to go home and wait because we’d have to check my blood in a week to see if the levels increase or decrease or stay the same that would tell us what is happening with the baby.

So for one week, for 7 days I had the thoughts I had the plans, I had the chance, that I could be a mommy to this little person. Make my parents grandparents, my grandparents great grandparents, make Cat a big sister. The love that was made to conceive this precious gift was undefined. So for 5 weeks and 7days I had you in my womb. I will never know the plans God makes for me but I know there is always meanings to his plans and meanings to the trials and hardships of times as well. As much as I hurt even today 1 year later, I hold on to the fact that I had you inside me even for that short short time. I do pray one day God will bless me with the most amazing Godly man and bless us with the most beautiful, amazing children that will do great things. For now I try to heal every day heal from losses on both ends a baby and a marriage. It isn’t easy I struggle everyday the head on my shoulders is heavy at times carrying high not gonna lie…. ⬅️that rhymed haha 🤣….. sorry this post is super long I just wanted to pay a little tribute to my beautiful baby I lost last year. Please pray my continued healing as I struggle but again all of this WILL NOT BREAK ME!!! It takes a village y’all for me I’m blessed and I have the WORLD so instead of tearing people down and hurting let’s build people up!!! So with all this being said…. this is for all the mommas or future moms or anyone that has lost a baby 👶 xoxoxox thank you all for being here for me…. love y’all more then pizza 🍕 ~BRi~
#my600lblife #my600lifebriannesstory #not600lbsanymore #gobrigo #pregnancyloss #babySmithDias #Godschild #drmd #BrianneSmithDias #loveYouBabyMoreThanPizza #family

Unfortunately, Brianne is the second My 600 Lb Life cast member to suffer a miscarriage in the past year. Last June, Starcasm broke the story of Season 6 star Sarah Neeley’s miscarriage, which came while Sarah was finishing filming for her first Where Are They Now? episode. While we’ve known for some time that Brianne has been filming a follow-up episode as well, it’s not yet clear whether the miscarriage came during her filming, too.

Fans wishing to reach out to Brianne can do so via her official Facebook and Instagram pages.