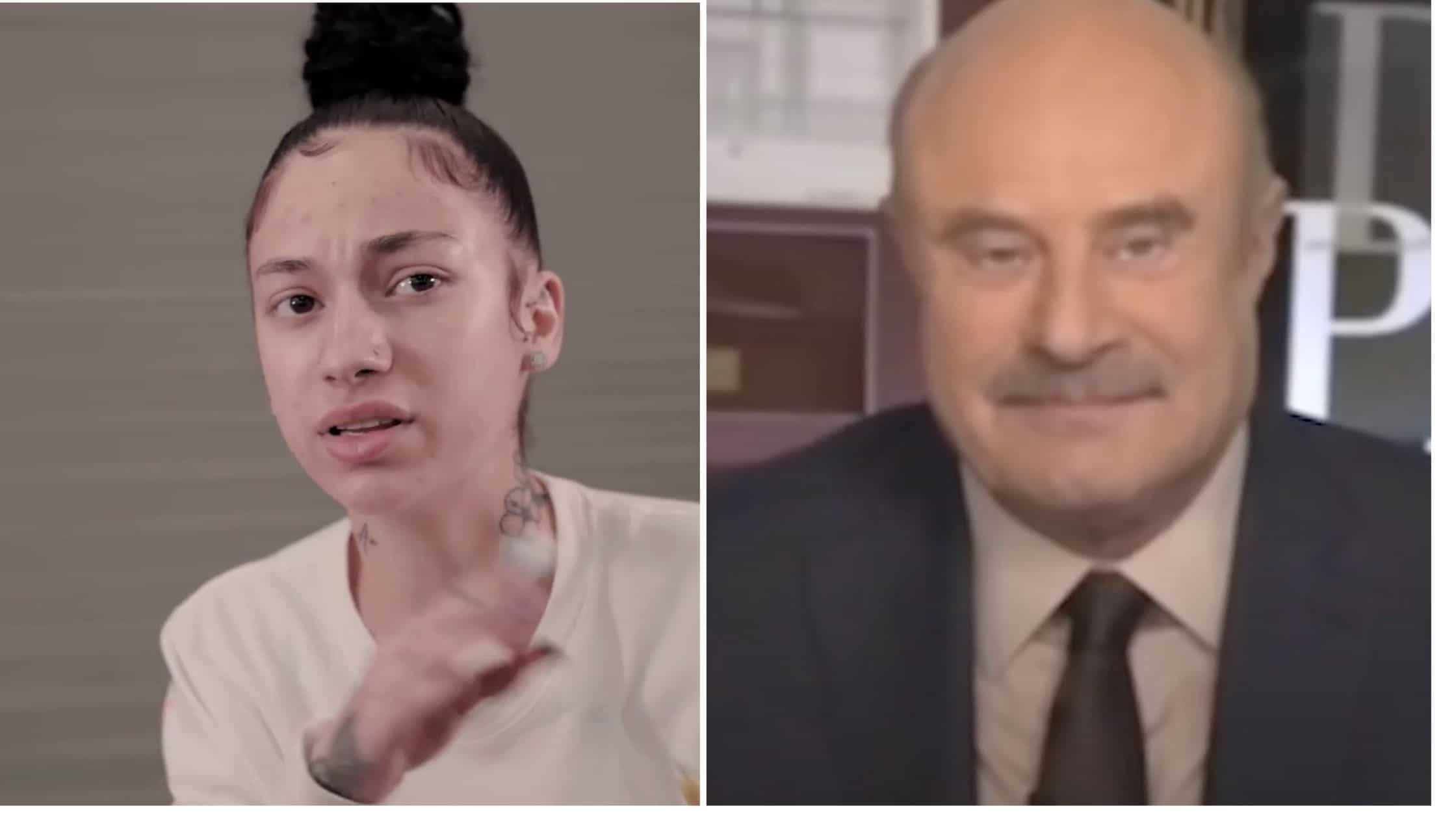 Bhad Bhabie (Danielle Bregoli) has made waves with Dr. Phil and “troubled teen” facilities” by calling out some of the abuse she says she experienced and witnesses during her stay at Turn-About Ranch. Dr. Phil has been pointedly asked about the concerns she raised, and feigned ignorance about her situation. Now, Bhad Bhabie is responding to Dr. Phil’s response with some choice words.

In a new video published on her YouTube channel, she says she’s received a lot of stories from other teens who have gone through similar experiences at these places and asks for even more stories to be sent to her email (ttibhabie@gmail.com). “I just want to keep the conversation going,” she says.

Bhad Bhabie then addresses the interview with Dr. Phil. The segment starts off with the reporter mispronouncing Bhad Bhabie (she says “Bad Bobbie”) and then shows a clip of Bhad Bhabie (Danielle) attacking the audience while on the show. This leads Bhad Bhabie to question why they decided to feature this clip instead of all the awards and accomplishments she’s made over the past few years.

She then raises her voice by saying that the people viewing the show had no idea what people in the crowd were saying to her during her appearance on Dr. Phil. She then goes on to reveal that before she went on stage, the show’s producer instructed her to do what she needed to do to “make a good show. Kick, scream, punch.”

Bhad Bhabie continues to scream when the Turn-About Ranch is described as tough love. “To me, I think ough love to me is like telling your kid know when they want something because you know it’s better for them even if they really want it . . .malnourishing, humiliating, screaming at, sleep-depriving, that’s not f**king tough love.”

Dr. Phil claims that he’s “not involved” with Turn-About and receives no feedback. He claims that whatever happens is “between them and the facility.”

Bhad Bhabie counters the idea that Dr. Phil received no information about her stay at Turn-About Ranch by stating that her mother signed a “consent of release of information” to the sent progress reports from Turn-About to the Dr. Phil show. “You’re just trying to save your a**.”

Dr. Phil goes on to say that if anything happened five years ago, she should have filed a complaint with the authorities. Bhad Bhabie points out that she did not know how to do that when she was 13-years-old and only realized she could speak up when another young woman filed a lawsuit against Turn-About Ranch this year. Bhad Bhabie wanted to have the woman’s back.

When Dr. Phil claims that he doesn’t remember the story, Bhad Bhabie points out that his clips on his YouTube channel got 168 million views, and combines that with the money he made from airing the initial show and syndicated episodes. Not only that but for a while Dr. Phil could not be interviewed without being asked about the “Cash me Outside” girl.

Dr. Phil also says at one point that some of the kids on his show may have great backgrounds, Bhad Bhabie responds with: “So you admit that I was like this because of stuff I’ve been through as a kid but then I go on your show to get help, and you make my life worse? So I’ve definitely gotten through those years with no f**king help from you. All you’ve done is add more trauma to my life.

Woman who was sexually abused by her parents confronts them on Dr. Phil