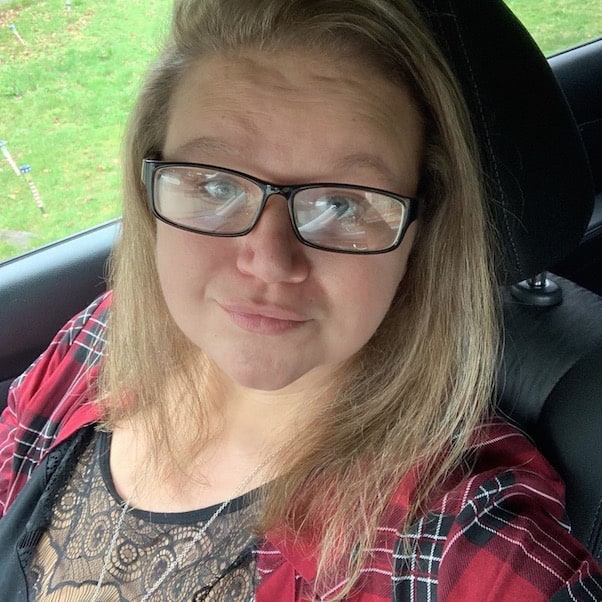 We’ve spoken to My 600 Lb Life star Brianne Dias about her husband Rick and his alleged infidelity, and unfortunately, it seems our scoop yesterday was accurate. The latest Brianne Dias update comes from the woman herself, who told us she’s “devastated” and “broken” by her husband’s actions.

On Monday, Starcasm broke the story of Rick Dias’ affair with a woman our source referred to as the “demon woman” of Florence, Oregon. It seems that at some point over the past year, while Brianne was living in Houston and continuing her weight loss success with Dr. Nowzaradan, Rick became involved with a woman who actually appeared in Brianne’s My 600 Lb Life debut. The woman, Jamie Moon, is a former friend of Brianne’s who apparently blamed Brianne after being kicked out of the congregation at the church the two attended. (Click here for the full story, including a photo of Jamie.)

After we ran the story, we were able to get in touch with Brianne, who confirmed that the allegations are true. Brianne told us she’s still reeling from the discovery, which, due to the distance between Houston and Florence, she only confirmed for herself a couple of weeks ago.

“I’m completely devastated and broken at the moment,” Brianne told us. “Blessed to be home in Florence and have the support of my church and my family / friends here. More importantly God to get me through this. I love Rick with all my heart still do ??.”

Brianne added that in spite of everything she’s gone though, she “probably would be so stupid and take him back.”

Before our story, Brianne had only briefly mentioned problems in her marriage to Rick. In response to the broken heart Brianne Dias update she shared a couple of weeks ago, a friend of Brianne’s asked if the broken heart could “be mended.” In response, Brianne said “Not today and it could only if he stopped this foolishness.”

Because she’s still under contract with My 600 Lb Life production company Megalomedia, Brianne couldn’t say whether her discovery of Rick’s infidelity will be a part of her Where Are They Now? episode, expected to debut this coming spring. As of the last formal Brianne Dias update, which aired over a year ago, the Oregon native had lost 382 pounds from her peak weight of 742. Brianne’s was one of the biggest weight losses of Season 7, as well as one of the biggest single-episode success stories in My 600 Lb Life history.