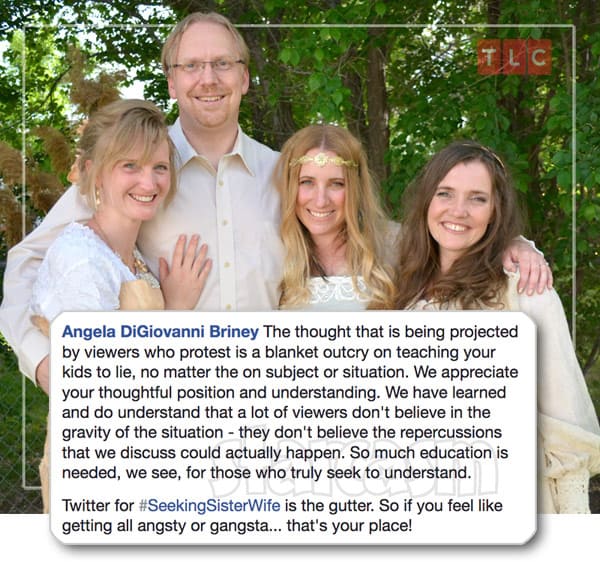 On the most recent episode of TLC's Seeking Sister Wife, the Briney family opened up about the risks that they were taking by appearing on a reality show while living together in the state of Utah, where cohabitation is illegal, including a discussion with their children about lying to others in order to avoid arrest. The Briney's would eventually move out of the state of Utah because of the risk, and they took to social media to defend their stance on the ethics of lying under certain circumstances.
Read More... 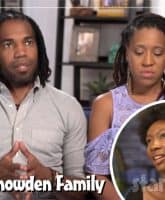 TLC knows how to capitalize on a good thing! The network has just announced a brand new reality series that combines two of its tried and true concepts -- polygamy and looking for love -- called Seeking Sister Wife. Keep reading to watch the preview trailer and meet the families looking to add a wife.
Read More...
We use cookies to ensure that we give you the best experience on our website. If you continue to use this site we will assume that you are happy with it.OkNoPrivacy policy