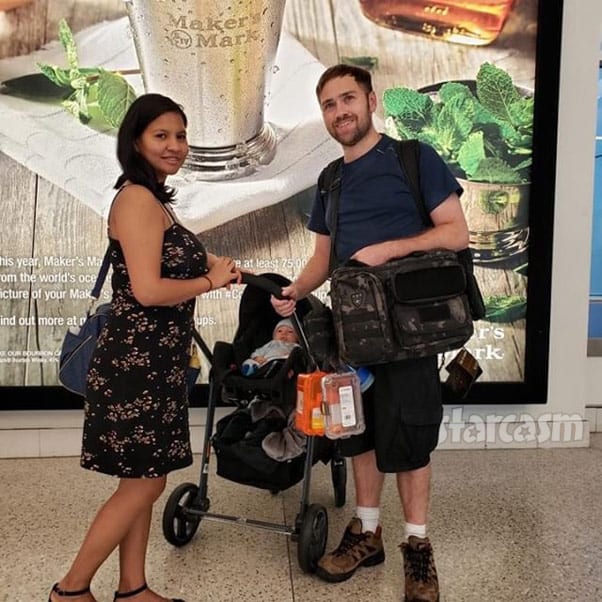 TLC may need to consider yet another 90 Day Fiance spin-off titled 90 Day Fiance: The Other Way And Back Again because Before the 90 Days and The Other Way star Paul Staehle is back in the United States, and he has his wife Karine and son Pierre with him!

Confirmation of the Staehle’s arrival in the US came via multiple photos of the trio surfacing online over the last few days. The photo above shows Paul, Karine, and Pierre at the Louisville International airport as they pose in front of a Maker’s Mark bourbon ad. I’m not sure if that is Paul’s bulletproof tactical diaper bag or not?

Another photo that looks to have initially surfaced in a 90 Day Fiance Facebook group reportedly shows Paul and Karine at a Louisville restaurant: 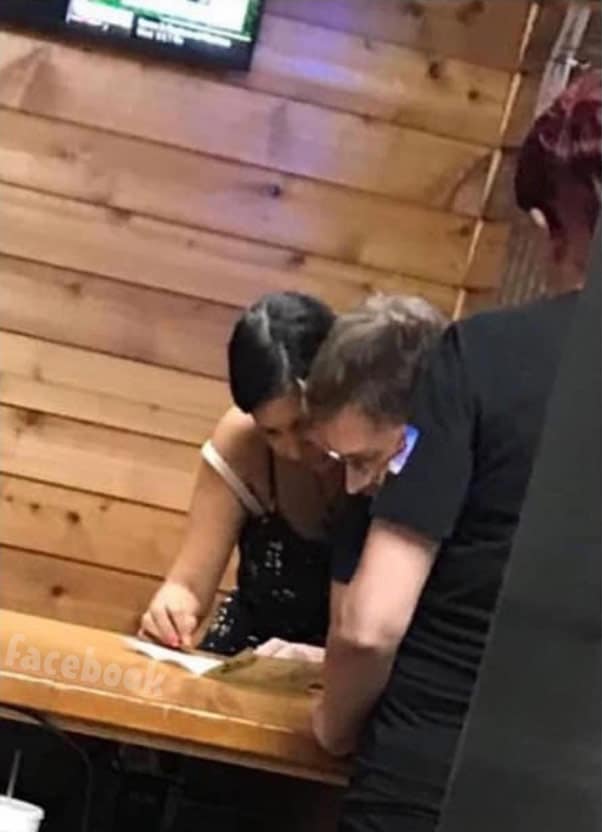 Karine and Paul’s trip to the United States appeared to be in jeopardy last weekend as the two of them got into a heated argument less than 24 hours before their flight was scheduled to leave Brazil. Karine live streamed the altercation on Instagram, and clips were later uploaded by various 90 Day Fiance Instagram accounts. You can click here for a full recap.

So why did Paul and Karine change their minds about living in Brazil? The biggest reason may be the fact that Paul’s Brazilian visa was denied due to his criminal record here in the US. Court records indicate that Paul’s attorney has filed an appeal, and a Brazilian immigration official has signed off on it, meaning that his appeal will be heard. However, I read through the arguments in Paul’s appeal, and I just don’t see anything there that significantly changes what immigration officials were aware of when they initially denied his visa.

Paul’s lawyer point out that the “terroristic threats” charge against Paul may have been misinterpreted to mean terrorism, when it was just Paul allegedly badgering the boyfriend of his ex-girlfriend at the time. The appeal also argues that Paul’s arson conviction shouldn’t be held against him because he pleaded guilty and served his entire sentence, including being released from probation early. As I mentioned, those don’t seem like compelling arguments to overturn a previous decision to me. Then again, I’m just a 90 Day Fiance blogger and not an expert on Brazilian immigration procedures!

Regardless of how his appeal might turn out, Paul was probably only able to stay in Brazil for a limited time without the visa approval.

Paul’s mom Mary Edna was recently in Brazil, but she did not appear to be with Paul and Karine when they returned. Of course, Mary Edna could have been the one taking the pictures? ?

I should also point out that we do not know if Karine plans on staying here in the United States, or if she is just visiting with plans to return home to Brazil. That may depend on how Paul’s visa appeal goes. We also don’t know if TLC is still filming the couple. Paul made a series of posts last month that seem to indicate a falling out between himself and the network, but he has done that before and he’s still on TV!

Speaking of Paul on TV, you can keep up with him and Karine on new episodes of 90 Day Fiance: The Other Way airing Monday nights at 9/8c on TLC. If you are any kind of 90 Day Fiance fan and haven’t seen The Other Way, I really cannot recommend it enough! So far, it is everything that is great about the franchise!

BEFORE THE 90 DAYS Benjamin and Akinyi K-1 visa update, his ex-wife speaks out