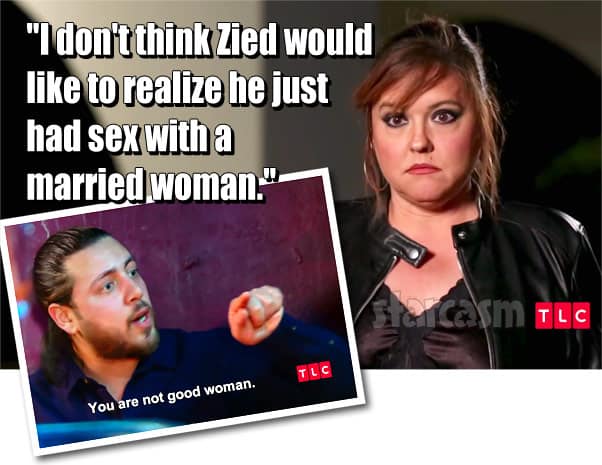 TLC just released the first preview trailer for 90 Day Fiance: Before the 90 Days Season 3, which includes 47-year-old Rebecca from Canton, Georgia and her hunky 26-year-old Tunisian beau Zied. Their scene in the trailer features Zied getting very angry with Rebecca after she reveals to him that she is still married. The scene has sparked viewers’ curiosity, so I put on my 90 Daytective hat to figure out exactly what the situation is.

Our first major clue comes directly from TLC via the couple’s official bio: “Rebecca has three kids and three failed marriages, including one to a Moroccan man she brought to America on a spouse visa, but she’s ready to try again.”

Someone claiming to be Rebecca’s son posted a photo of himself, his baby, and Rebecca on reddit and titled the post: “Well the trailer is out so I guess we can talk about it now! My mom is going to be on Before the 90 Days, I’m terrified because it looks as bad as I thought it [would] be. My mom is Rebecca, who is on there to meet Zied.”

The original poster then answered a lot of questions, and everything I could find online matches up with what he states — including the photo. He has since deleted his reddit account, but his comments remain.

Here is most of what the [OP] had to say, with a few small changes made to punctuation, and for clarity:

COMMENT: Aww I hope this isn’t too difficult for you OP. The guy looks like a terrible selfish partner…

OP: hope I don’t get in trouble for saying this, but he’s actually a surprisingly nice guy, I really wasn’t expecting much after the Moroccan. (I was told not to say his name) I lived with her when she brought him to America. He and I had major issues and I moved out, but Zied has been great so far, he messages me frequently asking about my son, who was in the hospital.

COMMENT: Oh awesome I’m glad to hear it! When I heard what he said in the trailer it really put me off 😬 but it’s good you guys get along! Also who is the Moroccan? Was she on another season I’m not aware of?

OP: Nah, she married a young ass Moroccan guy before she met Zied (in the trailer when she says he had sex with a married woman, that’s what she means). It mentions him in her bio. They aren’t together anymore, but they haven’t divorced yet.

COMMENT: Why do you think she goes for these types of guys? Not to be rude, but it sounds like a pattern.

OP: Man, it’s a long, really sad story honestly. She’s just had the worst types of people in America. As an adult, I can understand what she’s doing. [I decided to delete allegations of abuse that were made at this point.]

COMMENT: Oooohh I see, well again I’m glad this dude’s not as selfish as the trailer made him look.

OP: Yeah not at all

COMMENT: In the trailer it looked as if she was cheating on her husband? Are they still together?

OP: Well she’s split from her previous husband, but hasn’t legally divorced him yet.

COMMENT: There’s no arguing with that, it looks like a depressing train wreck with sad, bad people.

OP: Just for the record, my mom and Zied get along incredibly well in actual life.

COMMENT: Now, right? But not with cameras in their faces?

OP: I was in contact with both of them the whole time she was in Tunisia, they love each other. lol

Here is perhaps my favorite photo of Zied from his Instagram account. Please note that I did not Photoshop this! I don’t know about Zied, but I didn’t do it: 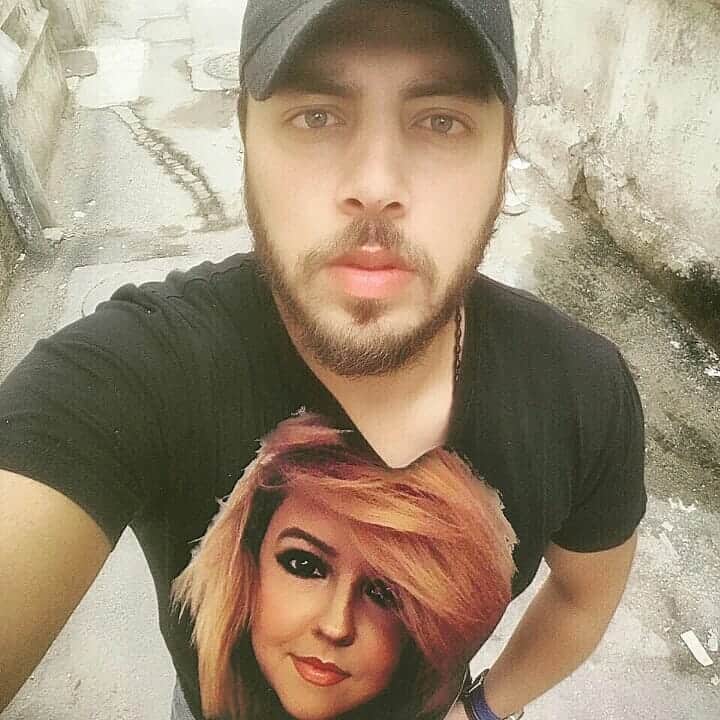 I was able to track down most of Rebecca’s marriage and divorce history via court records. Unfortunately, the one major thing I was not able to uncover is the date that Rebecca married her first husband. That’s due to a combination of it happening more than twenty years ago and the fact that it took place in a county that has minimal access to records online.

Now — moving on to what I was able to find out…

Rebecca and her first husband had three children together. (Until I actually see them on the show, I will refrain from using their names.)

The couple’s divorce was finalized in October of 2006.

The two parents went back in forth in the courts over custody of their children all the way up until 2014, when their youngest daughter was the only minor child remaining. She elected to live with her father at the time, and he was awarded primary physical custody of her.

Rebecca was ordered to pay child support, which she was apparently behind on already. The 2014 custody ruling included a stipulation that Rebecca “shall pay the Father the total sum of $5,200 as a full and final settlement of all disputed amounts owed for past due child support and reimbursement of pre-paid child support.”

Rebecca married her second husband on June 1, 2009. She filed for divorce in March of 2013; it was finalized in September of the same year. The very same month Rebecca’s divorce was finalized, and exactly fifteen days later, she married her Moroccan husband.

Rebecca filed for divorce on May 9 of this year. According to the filing, she and her current husband separated on January 4, 2018. In between their separation and the divorce filing, in September 2018, both parties signed off on a marital settlement agreement, which would seem to indicate that the divorce would be uncontested by both parties.

UPDATE – The divorce has since been finalized!

But the second piece of key information I’ve not yet discovered is a birth date for Rebecca’s estranged husband from Morocco. I’m no expert on guessing ages, but, based on his recent social media photos, I’d say he is in his late twenties or early thirties? Perhaps Rebecca will shed a little more light on that this season.

As far as Rebecca and Zied, they became Facebook official on April 30 of last year. I am unsure about the dates for her trip to Tunisia, which was filmed for the show.

In my initial post after the preview trailer was released (linked in the tweet above), I stated that this relationship has so many red flags that I was not going to get my hopes up that they might actually work out. However, given what Rebecca’s son stated on reddit, it is possible that I might open my heart for disappointment once I see the premiere!

Speaking of the premiere, 90 Day Fiance: Before the 90 Days Season 3 premieres on Sunday, August 4 at 8/7c on TLC!

BEFORE THE 90 DAYS Is Ricky’s Colombian gf Melissa a catfish? New #evuhdense!

BEFORE THE 90 DAYS SPOILERS Are Rachel and Jon still together?