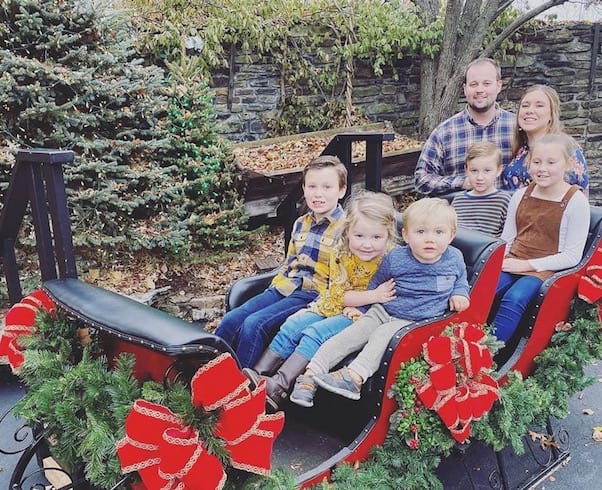 It’s now been over a week since federal agents raided Josh Duggar’s used car lot as part of an unspecified ongoing investigation. Since then, there’s been no new announcements from either the Duggars themselves or from Homeland Security Investigations, the ICE sub-agency that conducted the Duggar raid. So, with more questions than answers available to the public, the dominant question has become: Are the Duggars still on TV? Or could this potential new scandal be the reason Counting On gets canceled and the Duggars get removed from the airwaves for good?

Are the Duggars still on TV after the raid of Josh’s used car lot?

TLC has yet to make an official announcement on the Duggar raid. And, given Counting On‘s continued ratings success, it’s unlikely that the network ever will. It would take a major new break in HSI’s investigation — on the level of bringing one or more specific charges against Josh Duggar — to force TLC’s hand.

That may sound like a crass way of looking at the issue, but it’s especially important to remember two things. The first is that there *haven’t* been any charges filed, against Josh Duggar, his used car lot partners, or anyone else associated with the business. No charges means any immediate decision about Counting On‘s future would be premature.

And the second is that TLC has weathered this particular type of Duggar storm before. The most infamous example, of course, was the network canceling 19 Kids and Counting in July of 2015 following Josh Duggar molestation scandal. By December of 2015 — just five months later — the Duggars were back on the network with the Josh-free Counting On, a show that recently premiered its ninth season.

But another example of note is the comparatively minor problem otherwise known as Derick Dillard. Derick’s transphobic attacks against fellow TLC reality star Jazz Jennings eventually became enough of a problem that he and his wife Jill Duggar were simply fired from Counting On. Advertisers were placated; the effect on the show was negligible. The decision, as we wrote at the time, looked to have made Counting On cancel-proof.

So we return to the big question: Are the Duggars still on TV? And the answer is still yes — but with a caveat.

What was the Duggars raid for? What is HSI investigating?

As we wrote above, HSI conducts international investigations into a wide range of crimes, some of which are truly nefarious. But the agency’s policy of not discussing ongoing investigations has so far been a good thing for both Josh Duggar and TLC. As long as the Duggars raid resulted in no specific charges, both parties can plead ignorance — or, better yet, say nothing at all.

The caveat, then, is that the network’s response will almost certainly depend on what the charges turn out to be (if in fact any charges are ever filed against Josh). If it turns out he was involved in, say, money laundering, don’t expect Counting On to be affected at all. That’s not likely to be the case if some of the more horrifying gossip and speculation ever gets confirmed.

And, though there’s been no new specific information about the Duggars raid since HSI confirmed it, there has been an interesting omission. In the aftermath of the raid, Radar submitted a Freedom of Information Act request for documents related to the raid. Unsurprisingly, the site was turned down. And it’s the reason they were given for being turned down that’s worth considering. From their article:

“…an official acknowledgement of an investigation of [Josh and his business partners], even to acknowledge the existence of such records pertaining to the individual(s) could reasonably be expected to constitute an unwarranted invasion of their personal privacy.”

The department added that they could “neither confirm nor deny” their involvement, nearly one week after KNWA quoted an agent saying the department was “present” at the Arkansas home.

But an HSI spokesperson already *did* confirm that the raid took place. In fact, the agency was forced to do so after the initial report on the Duggars raid got several details wrong solely because the agency wasn’t as forthcoming as it should have been with its first comment. And it’s not clear how an “official acknowledgment” of the existence of records on the people who owned and operated the raided business is any more an “unwarranted invasion of their personal privacy” than acknowledging, for a news outlet, that the Duggars raid did indeed take place.

Where is Josh Duggar now?

Josh has actually been more visible than usual in the wake of the raid, likely because the family wants to promote the idea that the raid had nothing to do with them. The Schrödinger’s Cat of a federal investigation appears to mean that, for now, Josh has to be seen on outings with the rest of the family where he normally might not appear in social media photos at all.

Take, for instance, the photo at the top of this article. The Duggars shared it from a family outing at a local theme park this week. The outing itself was immediately the source of gossip about whether Josh and Jim Bob are feuding; an eyewitness told In Touch that the two seemed “distant” from one another, and were often as far apart as they could physically be while remaining part of the overall family bundle.

It’s also entirely likely that father and son are a little sick of seeing each other. This past spring, Josh and Anna sold their house unexpectedly, and moved back into the Duggar compound. The move, combined with Josh’s used car lot closing for business in the aftermath of the raid, further compounded by Josh’s upcoming jury trial for alleged real estate fraud, mean that the family outings may well be the only time for the foreseeable future that Josh is allowed out of his parents’ basement.

(Photo credit: Are the Duggars still on TV via Facebook)