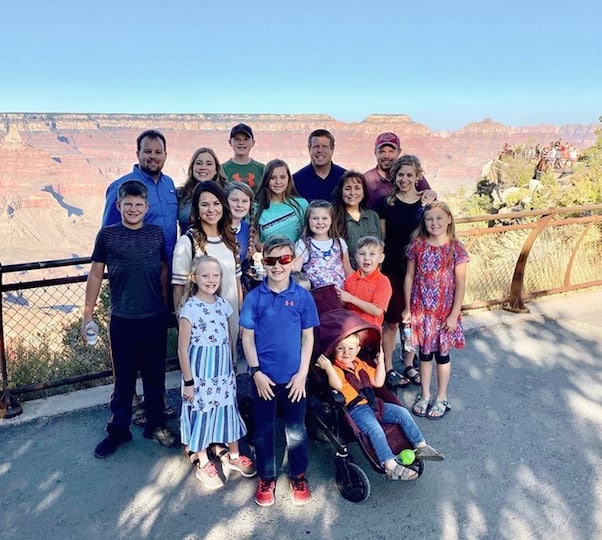 It’s a dramatic scene for sure: a platoon of black FBI sedans streaming into the Duggar family’s Arkansas compound in the middle of the night, the agents themselves swarming up the front steps almost before their cars have come to a stop. Their target is Josh Duggar, who’s apparently done something wrong again. It might be a violation of child labor laws; it might be something more nefarious; no one seems to know for sure. But the stone-faced agents conduct the Josh Duggar FBI raid with ruthless precision, confiscating documents by the armload, maybe taking Josh into custody; they leave a trail of weeping and furious Duggars in their wake.

The scene is also a wish fulfillment fantasy. Despite a tidal wave of rumors, gossip, and supposed circumstantial evidence proving it, there appears to have been no Josh Duggar FBI raid this past weekend. Instead, we’re left with the story of how the alleged raid went from Facebook gossip to blind item to accepted fact by plenty of Duggar detractors in just 48 hours.

Was there an actual Josh Duggar FBI raid?

Barring a coverup far-reaching enough to make Donald Trump proud, the answer appears to be no. Rumors of a weekend Josh Duggar FBI raid involving the Duggar compound and Josh’s infamous used car lot spun almost out of control over the past 48 hours. But there’s been no evidence to verify them. On the contrary, there is straightforward evidence that no raid, or anything resembling one, actually happened.

Here’s the timeline of the gossip blowing up. At some point on Saturday, November 16th, talk of law enforcement activity at the Duggars’ homes started to circulate on Facebook. By the middle of the night on Sunday, the chatter was widespread enough on assorted Duggar chat groups and the subreddit DuggarsSnark that one of the latter forum’s moderators acknowledged the gossip in a cautionary post entitled “Josh ‘Sexpot’ Duggar is the F*cking Worst, Again.” (Important note: the asterisk is not present in the original title.)

However, there was still no consensus on what the Josh Duggar FBI raid was actually about. One rumor suggested Josh had been caught in a compromising situation with someone underage. Another claimed that Josh and Anna were keeping an underage housekeeper in violation of federal labor laws. There was talk of money laundering; there were rumors of tax evasion. By early Sunday morning, Without A Crystal Ball, the first social media gossip page to post anything about the gossip, Without A Crystal Ball, wrote that “there is a big rumor that the FBI is raiding Josh Duggar and the raid is related to child p[0]rn and fraud.” The page also noted that Anna Duggar had “locked down her social media and limited all comments on posts over night.”

Within a few hours, the page had shared several other updates in the form of screenshots of reddit users speculating further about what could have brought the FBI down on Josh and the Duggar family. And several other Duggars followed Anna’s lead in limiting or turning off their social media comments. By this point — over 24 hours into the gossip cycle — the family’s action was likely in response to the story getting more and more attention. But of course it had the effect of giving further speculative fuel to the fire.

On the morning of Monday the 18th, the Josh Duggar FBI raid talk achieved plausible deniability status in the form of a blind item on Crazy Days and Nights. In a likely nod to how widespread the gossip had become, the item was more cataract-y than full-on blind:

Whether there was a raid or just a target letter directed at the reality family from the feds, it doesn’t change the fact that at least one pre-teen distant family member was somehow living with the pedophile. It also doesn’t change the fact that the family is deleting a ton of social media posts, turning off comments and trying to scrub any actions they did overseas as part of “charitable relief.”

But that was as close as the story got to a write-up from any gossip site, major or otherwise. The noteworthy anti-Duggar Facebook page Pickles4Truth, usually a clearinghouse for any topic of Duggar hypocrisy or embarrassment, implored readers to “drop this rumor unless someone can link some real proof,” adding that blind items “are just plain BS.” And the absence of coverage or any concrete details as the story entered its third day started to become its own issue.

We finally got confirmation that the story was indeed talk and nothing more late yesterday, via a Radar article with a quote from an FBI spokesperson. Of allegations involving an FBI raid and / or arrest of Josh Duggar, the agency’s representative said, “We were not involved in any kind of law enforcement action. I can confirm we were not there.”

It helps that Josh Duggar is someone everybody loves to hate

Let’s not overlook the fact that Josh Duggar offers plenty of fuel for a comeuppance scenario like the FBI raid story. The spectrum of adjectives best used to describe his reasons for being in headlines ranges from “icky” on the most charitable end to “I have no words” on the other. Yes, there was the molestation scandal, and the Ashley Madison cheating scandal.

But those are only his greatest hits. There was also the time Josh said he wouldn’t apologize for his actions & crimes because the devil made him do them. His lawsuit over stealing another man’s identity for his Ashley Madison profile in the first place. The time the judge threw out his lawsuit over the leak of the police reports involving his molestations. And Josh’s current legal trouble, involving his business maybe committing real estate fraud — a case which will go to trial next spring.

In sum, there are plenty of reasons people might (and do!) dislike Josh Duggar. When it comes to blind items like the Josh Duggar FBI raid, those reasons can in turn lead to blind spots, allowing a general rush to judgment and giving ultimately baseless stories traction they might not receive. For me, the most telling detail of this whole story is the turn the comments section took after it emerged that the whole thing was almost certainly literal fake news. As the story “developed,” the comments on each update were overwhelmingly anti-Duggar, often involving descriptions of what should happen to Josh in prison or how long he should be there.

As soon as the bubble burst, though, those comments turned almost circumspect, instead lamenting a rush to judgment before having all the facts. Which is of course the complete opposite of gossip in the first place. It would be like a gossip blog run by a retired judge: always on the level, always late with stories, always willing to give the benefit of the doubt. As distasteful as that may seem when Josh Duggar as concerned.

Now, in lieu of ending on that relative downer of a note: Can you imagine a gossip blog run by a retired judge? One who always played by the rules…but who harbors a few shady secrets of his own? Am I crazy for wanting to see that Netflix series? It would be like The Newsroom, except fun. Martin Sheen could play the judge; Cardi B could be his talented assistant editor, always underappreciated at other jobs, who sees this as her best shot at becoming a legit power broker in the entertainment world. Producers, and residents of northwest Arkansas: my DMs are open.

Love and Hip Hop Atlanta: Scrapp and Tia Becca get back together in time for her alleged sex tape scandal