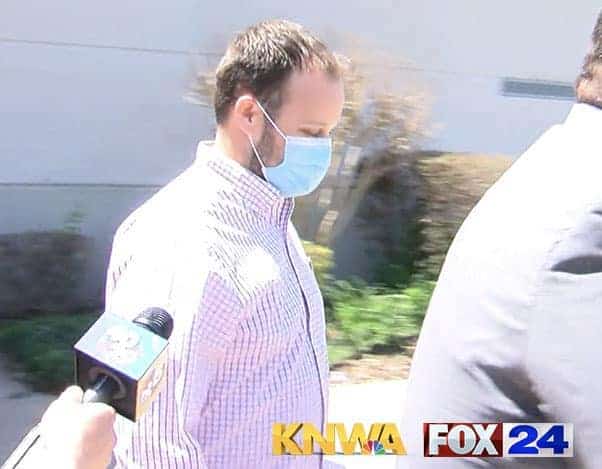 New details of a Josh Duggar plea deal have emerged, just weeks before the disgraced Arkansan is set to go to trial on child pornography charges. Most surprising among the new information? Josh was apparently offered a plea *before* his April arrest on those charges — and rejected it.

There haven’t actually been too many developments in Josh’s case since his arrest and the subsequent rescheduling of his trial. Before news of the plea deal broke, the most significant new story was Josh’s legal team filing for a dismissal of the charges on technical grounds.

According to his lawyers, the federal agents in charge of the raid on Josh’s used car lot mishandled crucial evidence. Because those agents discarded cell phones belonging to Josh and two of his business associates before giving the three a chance to examine them, the argument goes, Josh was denied a fair trial.

UK tabloid The Sun was the first to break the recent plea deal story. According to the court papers they obtained, federal prosecutors e-mailed a deal to Josh’s attorney on March 12 of this past year.

Again, given that Josh was arrested in April, the government’s offer means they had been building a case against Josh for some time — at least since the November 2019 used car lot raid.

In a March 12 email to Josh’s attorney, the prosecutor attached the Government’s “proposed documents,” including the “Plea Agreement” and “Waiver of Indictment,” which means he would proceed directly to a plea.

The email read: “The plea agreement contains a statement of facts, which should be a good summary reference when you are reviewing the discovery material.

“Significantly, Duggar’s cellular phone-including text messages he sent and pictures he took places him at the car lot on the date/times the child pornography images were downloaded and distributed.”

…The government showed Josh’s legal team the images and video of child pornography allegedly found on his computer [and] offered a review of “all the child pornography images discovered during the forensic search,” but that offer was “declined.”

Josh’s quick rejection of the plea would appear to suggest that his legal team welcomed a child pornography trial. Rereading that sentence, though, it’s a pretty difficult thing to believe.

But it’s also possible that Josh rejected the deal for fear of what it would look like if he accepted. While accepting a plea deal isn’t necessarily an admission of guilt, it would certainly have been interpreted that way in Josh’s case.

Josh’s trial is still scheduled to begin on November 30th. It’s expected to last a week. Whether that means the government has an open-and-shut case against Josh or it has absolutely nothing, nobody close to the case has been willing to say.

Since he was arrested, Josh has been ordered to live under the supervision of Duggar family friends. He is likewise forbidden to see any of his six children if Anna Duggar is not also present.