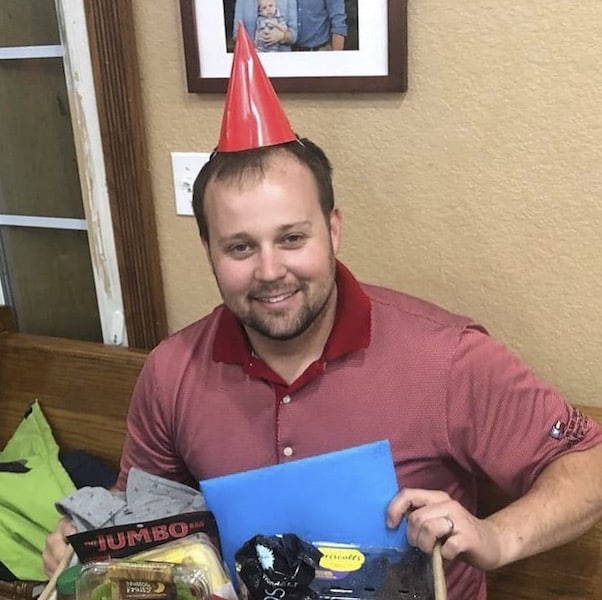 The Josh Duggar lawsuit has been given a jury trial date — and it’s not long after Anna Duggar will likely have given birth to her and Josh’s sixth child. The lawsuit, which will see Josh defending himself against fraud accusations in a real estate deal gone shady, will almost certainly be a media circus not seen in northwest Arkansas since the last time Josh Duggar found himself in legal trouble.

The court battle is over the legal owner of a five-acre tract of land. According to KNWA, the courtroom portion of the Josh Duggar lawsuit will begin on April 27, 2020, and will see Josh facing off against Benton County resident Carl Echols, who is suing Josh for quiet title. (The term refers to “quieting” any false claims to ownership in a real estate dispute.)

The details of the case are a bit confusing; the misunderstanding over ownership appears to have begun after Echols never having “recorded a deed” to the five acres, despite paying “$17,500 cash for the land in 2006.” And that misunderstanding promptly led to several more. Here’s a quick explanation of the lawsuit, from KWNA:

According to court records, Echols paid his cousin Edward Lewis the money for the land and was given a signed and dated bill of sale with the property description.

Through research, Echols found that the State Commissioner of Lands sent notice to Lewis that back taxes were owed for 2008-10, according to court documents.

Echols said he didn’t receive the notice and Lewis paid the back taxes, redeemed the land and sold it to ALB Investments for $1,000 in 2016, per the court documents.

However, Echols’ attorney explains that further investigation into Benton County land records indicate that Echols paid the back taxes to redeem the land. [The attorney] said, “he [Echols] sent someone with a power of attorney to pay the back taxes and redeemed the land in 2016. And the assessor’s office recorded the power of attorney and bill of sale to Echols.”

In other words, Echols claims that because he paid for the land in 2006 and has since paid back taxes to “redeem” it, his cousin Lewis had no authority to sell it and Josh had none to buy it. I’m still confused as to why Echols’ beef isn’t also with his cousin? Nonetheless, it sounds like Echols’ argument in the Josh Duggar lawsuit is that Josh didn’t do his due diligence in making sure Lewis was the owner of the land and thus had the right to sell it to Josh in the first place. Nothing says sexy tabloid fodder like a tangled real estate mess!

One thing that’s certain is Anna Duggar’s sixth child by Josh will only be a few months old when the trial opens. And it will continue a lowkey active period in her and Josh’s lives. The couple recently sold their home under curious circumstances and for over $10,000 below asking; Josh’s new gig as a used car salesman is rumored to be going so-so at best; as always, there’s plenty of gossip about the Duggars trying to rehab Josh’s image in order to get him — and, by extension, the entire rest of the clan — back on TV.

On that note: Josh’s trial is currently scheduled for three days, but don’t be surprised when it feels much longer once the coverage begins.

Did Khloe Kardashian cheat with French Montana to get back at Tristan Thompson?