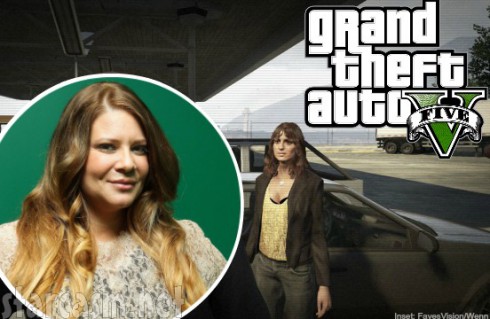 “Her story is unique and is hers to tell, not that of the writer in the video game,” Karen’s attorney said in the official civil lawsuit, which Page Six reports was submitted in Manhattan today.

Karen, the daughter of infamous mob turncoat Salvatore “Sammy the Bull” Gravano, claims Grand Theft Auto V writes based character Antonia Bottino on her life. In the game, Antonia is the daughter of former Gambetti crime family underboss, Sammy Bottino. The Sammy Bottino character was arrested on murder charges, but took a plea bargain and became a snitch — just like the real Sammy the Bull.

Karen’s lawyer said, “This is a impermissible and is a direct misappropriation and destruction of name, likeness, personal life story and image.”

Furthermore, Karen claims the game — which involves her character getting buried alive by vengeful mobsters — essentially stole “not so known aspects” of her life from an upcoming book.

Man suing hospital after going in for circumcision, getting penis mistakenly amputated