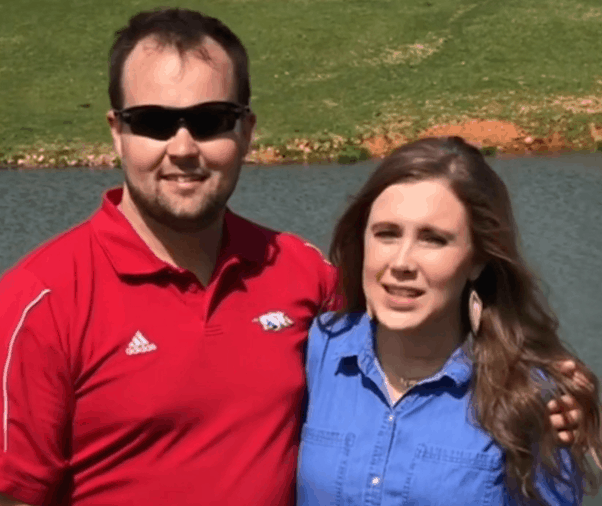 The alleged federal Josh Duggar investigation took further unexpected turns yesterday. Thanks to new information from the agency in charge, we now know more about the weekend raid of Duggar property — but there’s still a great deal of uncertainty regarding just what the agents are investigating in the first place. And the biggest mystery is now exactly why federal authorities are so interested in Josh Duggar’s used car lot.

Before going any further, we should point out that, technically, there is no Josh Duggar investigation. Homeland Security Investigations, the branch of ICE that conducted the search (or raid, depending on who you ask) of Wholesale Motorcars, declined to confirm the names of any subjects of their investigation. And officially, Wholesale isn’t Josh Duggar’s at all: he’s a business partner of the owner, but not the man in charge. (However, because the business’ property was purchased in Josh’s name, it’s Josh who’s being sued for quiet title in a jury trial scheduled to begin this coming April.)

Why is there a Josh Duggar investigation at all?

So far, no one in a position to know is saying anything. All anyone on the outside — including gossip blogs — knows for sure is that this past weekend, Homeland Security Investigations paid a visit to Josh’s used car dealership at 14969 Wildcat Creek Road in Springdale AR. Oh — and that there’s still a *ton* of uncertainty, speculation, and gossip about what the hell is going on.

Here’s a quick recap of events. Over the weekend, there was a rising tide of gossip about what was then thought to be an FBI raid of the Duggars’ house. The prevailing talk was that the feds were building a case against Josh Duggar involving sex trafficking, or child labor laws, or some sort of fraud. No one knew anything for sure, which of course meant the gossip was that much more salacious (and spread that much more quickly). 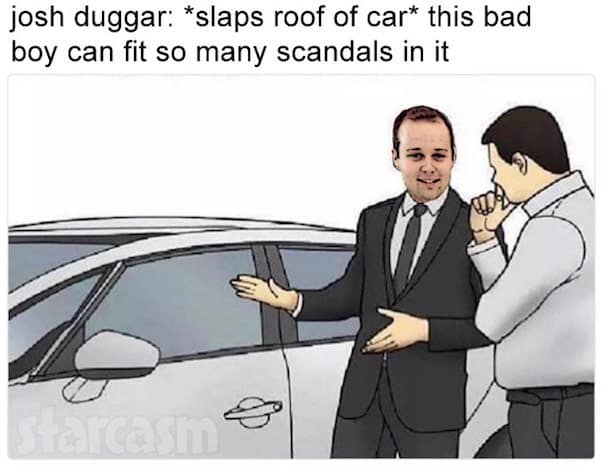 After the FBI denied any involvement, an HSI spokesperson confirmed that their agency had in fact been the one to conduct the raid. News station KNWA was the first to confirm federal involvement — but their initial story got pushback from the Duggar family, who said it was “not true” that their home had been “raided by federal law enforcement agencies.” The Duggars also claimed no family involvement in the matter, suggesting their names had been dragged in only by association: “To the best of our knowledge,” the family’s statement read, “it’s also not true that any member of our family is the target of any investigation of any kind.”

Once that happened, KNWA overhauled its original article. The article now includes clips of their initial interview with the HSI spokesperson, along with new information from the HSI. Currently, the agency’s story is that it wasn’t actually the Duggars’ *house* that they visited — rather, it was the used car lot in which Josh Duggar has a stake. And so the idea of the Josh Duggar investigation, something that has been neither confirmed nor denied by the agency, was born.

(To be clear, we’re not accusing KNWA of doing anything untoward by rewriting their article, or of acknowledging any guilt or incorrect reportage. It looks like the initial report was correct as far as the station knew, and HSI realized after the report had been published that the information it had given was misleading.)

What has Josh Duggar been accused of?

That is a really good question! Again, since so far no one has been charged with anything, none of the agents in charge of potentially filing charges have discussed what those charges may be or against whom they may potentially be filed.

The HSI’s spokesperson told KNWA that, “given that there are no charges filed, HSI doesn’t discuss the nature of any type of investigation until, if or when, charges are filed.” So, again, we don’t know if it’s Josh Duggar who’s the subject of their search. And it’s entirely possible that the Duggars haven’t been told anything, either — which is how they could claim that no Duggars are “the target of any investigation of any kind,” so far as they know.

However, we reported yesterday that HSI’s interpretation of its responsibilities includes investigating some very serious crimes. Per the agency’s own site, here is a list of those crimes:

I’m going to continue holding out hope that Josh has simply become an international art thief in his spare time. The idea of him being involved in literally anything else on that list gets hideous in a big hurry. Except maybe money laundering and smuggling, depending on the circumstances. But, keeping in mind that HSI only investigates “cross-border criminal activity,” the main takeaway is this is all bad, bad stuff.

Which makes the situation all the more puzzling, now that we know it was the car lot that got the feds’ attention. A rural Arkansas used car dealership being used as a front for human rights violations, or transnational gang activity, or immigration fraud? Or drug smuggling? You probably wouldn’t need more than a couple of minutes to decide on a Netflix show with that premise. It sounds like Breaking Bad gone dumb, or a Coen Brothers script abandoned with a shrug.

And speaking of abandoned: According to Duggar whistleblower page Pickles4Truth, the Google listing for Wholesale Motorcars said the business was “permanently closed” as of last night. As of this writing, though the same listing says the business is open.

But Wholesale’s website remains scrubbed of all inventory except for one car: a lone 2004 Toyota 4Runner Limited, with just over 212,000 miles, going for $4,950: 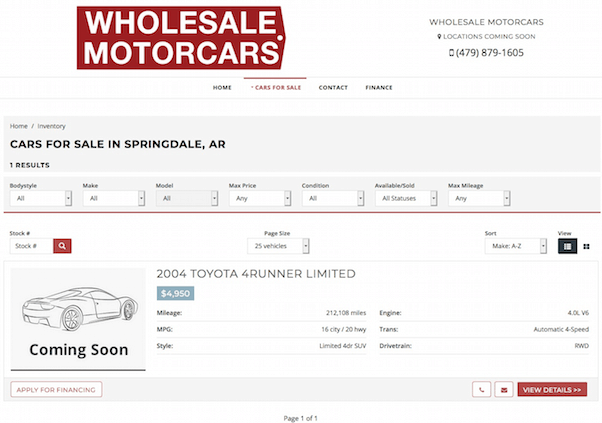 The Kelly Blue Book value for a V6 like that one is between $5,432 and $8,253. So Josh is actually offering a pretty good deal, depending on what general shape the car is in. If you hurry, you could maybe be Wholesale Motorcars’ last customer and snare a bargain to boot.

Did Anna Duggar have another baby on the DL?