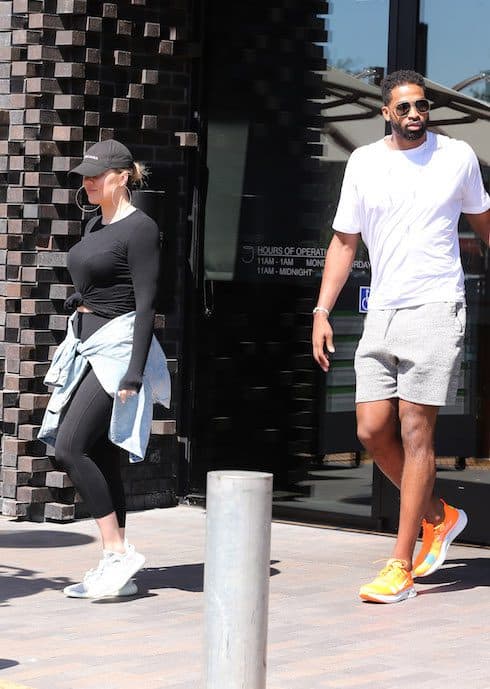 Khloe Kardashian seems determined to make her relationship with Tristan Thompson work — and to avoid the same injuries she suffered during her time with former partner Lamar Odom. Khloe and Tristan are said to be deeply involved in couples therapy, and put on a brave face for the paparazzi this week, even as Khloe seems determined to continue waging a subtle PR war against her baby daddy.

So are Khloe and Tristan still a couple? It sometimes doesn’t seem that way: though she did eventually take him back in the wake of the cheating scandal, the rest of the Kardashians’ declaration of “It’s him or us” seems to have rattled Khloe. And she has agreed to let her side of the scandal play out on the current season of Keeping Up With The Kardashians, something that’s reportedly enraged Tristan.

While Khloe continues to be caught between her family and her boyfriend, it also looks like she’s trying to make the whole thing work. Per People‘s latest, she and Tristan are making more of an effort to appear in public following the recent revelation that two of them are “working hard” in couple’s therapy.

Lisa Stanley, a friend of Kris Jenner’s, spilled Khloe and Tristan’s tea during an interview on KIIS FM earlier this week. “One thousand percent they are working through couple’s therapy,” Stanley said, adding “You can’t just earn trust back in two months.”

Stanley also referenced Khloe and Lamar Odom’s fractured relationship — Tristan and Lamar have already drawn comparisons for their widespread cheating — saying “[Khloe] doesn’t want to look a fool. She was a fool once with Lamar, and she didn’t want to do it again.”

Devotées will recall that this is the second time in three weeks a Kardashian family insider has let slip a major bit of gossip about Khloe and Tristan; in late June, the buzz was that the pair’s long-rumored engagement was back on. 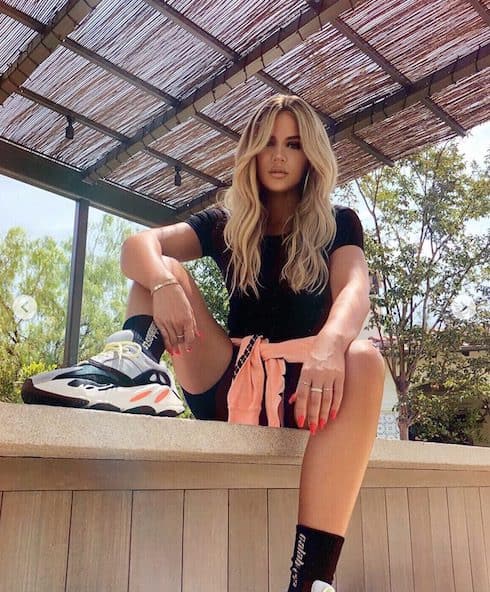 On a related note, Khloe has also been back to her body-toning ways something fierce. According to Khloe herself, the first-time mom has dropped a total of 33 pounds in the three months since she gave birth to True. She recently wrote on her fitness app that she’s “shocked that [she] lost that much weight that quickly,” and “honestly didn’t give [herself] a number that [she] wanted to lose by this time.”

If you’ve seen Khloe’s Instagram page at all this summer, you know she’s been posing in fitness gear on the regular, as well as showing off her freshly fit body like it’s 2017 again. (See, for example, the photo up above.) When you look at the two things side-by-side, though, it’s easy to feel like Khloe is sending Tristan a message…and that the message is “You have more to lose in this relationship than I do.”

That could be reading too far into things; maybe Khloe really does just want her own billion-dollar fitness empire. But it’s hard to envision a scenario where she’s not subtly telling Tristan to watch his step. Khloe will get plenty of eye rolls if years from now it turns out Tristan was just another Lamar; Tristan, though, risks losing his meal ticket if he alienates Khloe and further pisses off her family. And he’s no doubt treading lightly; after all, he already lost LeBron this summer.

Kardashian to appear as a contestant on RuPaul’s Drag Race