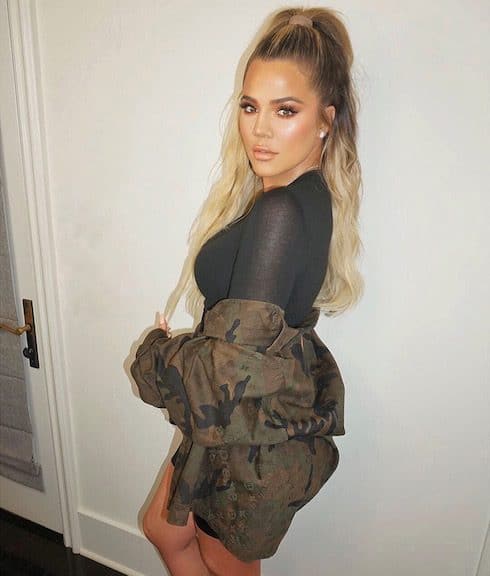 Khloe Kardashian has been hiding her left hand in a lot of public appearances lately. Is she trying to conceal the engagement ring she could have easily taken off beforehand? Does she have a bad rash? Is she a master troll cackling her way through life with the delirious glee of a first-time mom who, despite her nannies, isn’t sleeping enough? Let’s investigate!

Life & Style was the first to pop the “Is Khloe Kardashian engaged” question this time around, pointing out in an article earlier today that “fan speculation” about Khloe’s curious hand-holding is starting to build. (There’s also the fact that Khloe has a long history of wearing interesting rings to consider — plus the fact that she did just get through concealing an entire pregnancy for, like, 66% of its duration.)

It actually wouldn’t be the most farfetched thing in the world for Khloe and Tristan, whose cheating ways will apparently be well-documented on the new season of KUWTK, to have gotten engaged. Last year, we reported on rumors that the two were planning a mid-to-late 2018 wedding, with the exact date to be determined by whenever Khloe got her pre-pregnancy body back. And Khloe and Tristan have actually been back together — however tentatively — for almost two months.

But is Khloe Kardashian engaged? To Tristan Thompson? Frankly, I’m less interested in that and far more intrigued by why Khloe seems to hiding her hand in public all of a sudden. Because it’s like learning a new word — photos of Khloe concealing the hand start to pop up everywhere. Take, for example, these photos, snapped on June 19th as Khloe and Tristan left their lunch date at Joey Woodland Hills: 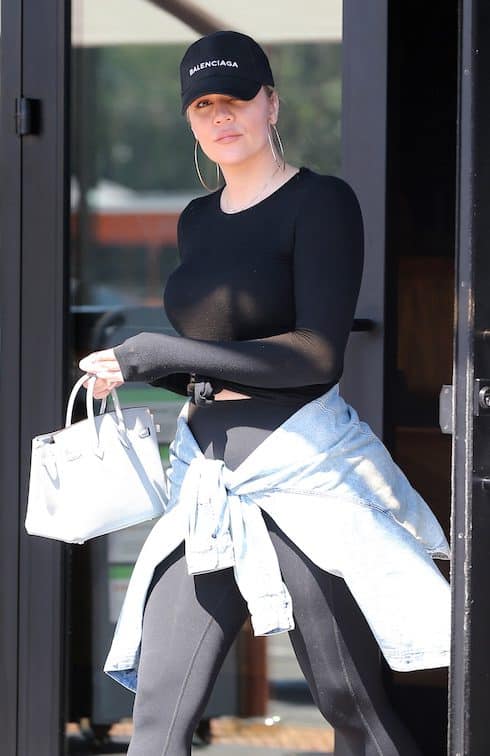 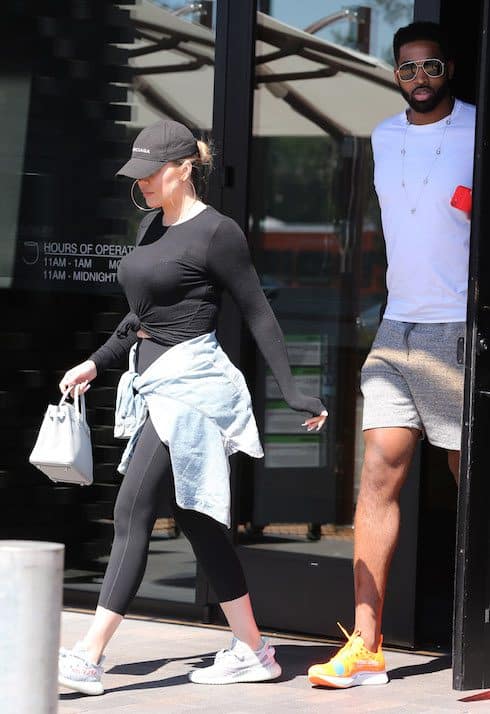 Or this pic, which Kim Kardashian shared on Instagram yesterday and which features Khloe clasping her right hand over her left for no obvious reason whatsoever. In fact, it looks like kind of an awkward pose:

Happy Birthday to one of my favorite souls on this planet! @khloekardashian This year you have shown strength like none other. I admire you for always following your heart. I love seeing you as a mom and can’t wait for the years ahead. Let’s celebrate you today! I love you to infinity!

Plus, earlier this week, Gossip Cop debunked a National Enquirer story claiming that the rest of the Kardashians were “boycotting Khloe’s wedding to Tristan Thompson” just because of the minor quibble that they apparently can’t stand to be near him. The debunking doesn’t say the two aren’t engaged in the first place — just that the claim about the Kardashian family is false. So that doesn’t not mean Khloe and Tristan are getting married.

One other thing worth pointing out is that we’re only halfway through a year in which Kris Jenner already managed to arrange for three of her daughters to give birth and prop up the sagging ratings of their television empire. Normally, I would say no one could pull off three TV weddings to rival Meghan Markle and Prince Harry for sheer spectacle in just six months…but now I really hope Kris tries.

Chris Brown doesn’t mess with ‘that’ girl, Natalie Nunn, is too busy obsessing over Rihanna — and Michael Jackson