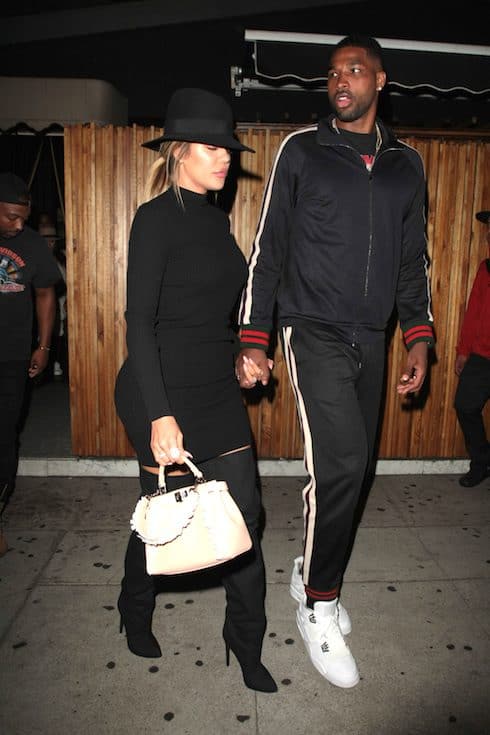 Khloe Kardashian — who is, at this point, basically nine-and-a-half months pregnant and due to give birth any second — may have been stepped out on this past weekend. But who did Tristan cheat with? According to a handful of eyewitnesses, the woman is allegedly an Instagram model named Lani Blair, whose profile has since gone silent.

First, though: the details of the alleged makeout session. The Daily Mail broke the story, and their take claims that Tristan Thompson was “locking lips with a sexy brunette” at Manhattan rooftop bar PH-D Lounge this past Saturday night.

Tristan, who was in New York because of Cleveland’s game against the Knicks the next day, went to the bar with a “group of around ten friends.” The group was there from approximately 7:30 to 9:30. During that time, Tristan was filmed “leaning in for a kiss” while wearing a white hoodie and speaking to a mystery woman.

And here’s the very long quote that the woman who filmed the clip gave to the Daily Mail about Tristan’s doins in that two-hour window. She doesn’t answer the question of who did Tristan cheat with, but she does say that Tristan and the woman in the clip were “obviously” attracted to each other and kissing “all night”:

I was there and he was on the table right next to us with a group of friends and some girl who he was obviously making out with all night. They were holding each other and it was so obvious. They were there when I got there and they were part of a big group of friends. They were talking and being around each other all night. He was texting and talking on the phone and she was obviously looking over his shoulder. Everybody knew who he was. We talked about it and everybody watched them make out several times. I have obviously seen him before and people around me were like, “That’s Tristan Thompson.” I have seen him on TV….I love the Kardashians and I think it’s devastating. I really did believe he was a good guy. I feel so bad for Khloé now because she is pregnant and I want her to know but at the same time I don’t. I don’t think their fans will like what they see.

In addition to being so pregnant that her imminent delivery has been reported since last month, Khloe flew to Cleveland so she could nest and give birth near Tristan weeks ago. Which might be the saddest part of this entire story. Yes, being cheated on is a terrible thing, but being cheated on while you’re immobile in a rented home in the middle of Cleveland’s seven-month winter is the figurative and literal definition of cold.

On that note, here’s what Khloe shared on Instagram literally hours before the cheating story broke:

We are ready whenever you are little mama ?

And who did Tristan cheat with? Again, we can’t say for sure, but Page Six is reporting that the woman is a 28-year-old model from the Bronx named Lani Blair. Their anonymous sources also detail the rest of Tristan’s Saturday night: He was “spotted at his team hotel, the Four Seasons, with the petite brunette”; the two “spent around four hours” together before emerging “with Tristan sporting a different outfit.” 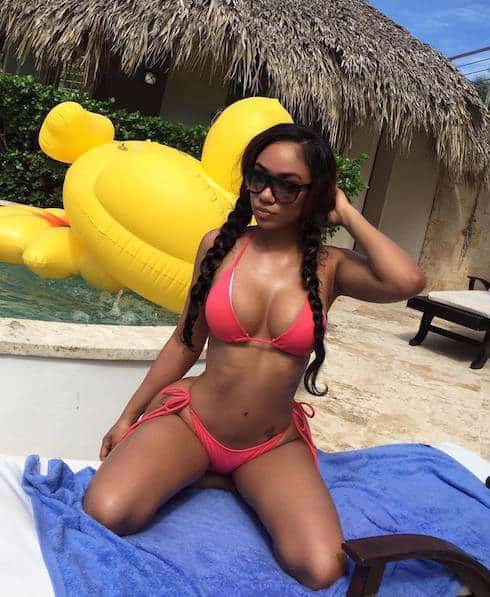 The two came back to the hotel at 5 o’ clock Sunday morning. The woman was also apparently spotted leaving the Four Seasons “in the exact same outfit clutching a stuffed Louis Vuitton overnight bag” at 8 PM on Monday.

Though it’s only ever been reported as a rumor, Khloe and Tristan have supposedly been planning a wedding for later this year, following the birth of their first child together and the return of Khloe’s pre-pregnancy body.

(Photo credits: Who did Tristan cheat with via Roshan Perera, Facebook)