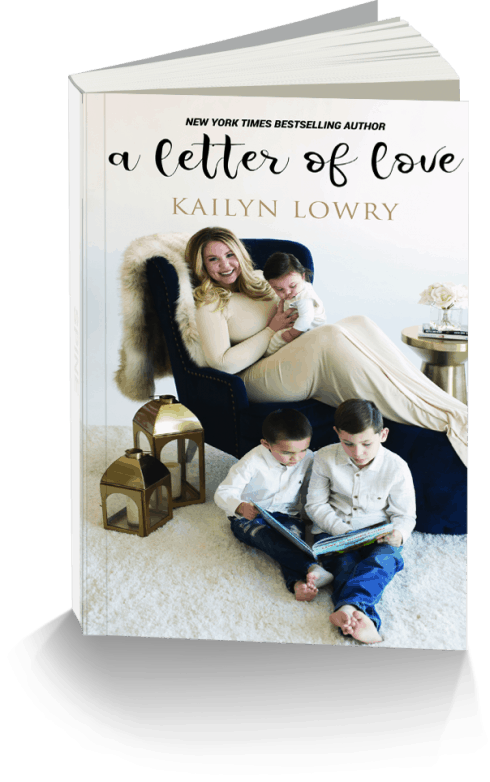 Kail Lowry admits in her new book, A Letter of Love, that she already knew she would regret her marriage to ex-husband Javi Marroquin before they even tied the knot, and this revelation has Javi fuming on Twitter today.

“We were fighting constantly and not even sleeping in the same bed,” Kail writes, according to The Ashley. “I was overcome and filled with doubt at all times. I was trying to convince myself that things would get better in time, but they never did.”

“I’m really getting sick and tired of reading this sh**. Forreal,” Javi tweeted in response to The Ashley‘s article about the book. “The only reason she says this is to seek validation from her new relationship and convince herself its ok. I’m getting fed up with this. I didn’t sign anything to use my name. Maybe I should get my attorney too.”

“Who tf would write that in a book dedicated to your children,” Javi continued. “Regardless of how our marriage ended stop lying and trying to convince yourself what you did was ok. Forreal I really don’t wanna come on here and spill tea because we’re past that forreal.”

Who tf would write that in a book dedicated to your children. Regardless of how our marriage ended stop lying and trying to convince yourself what you did was ok. Forreal I really don’t wanna come on here and spill tea because we’re past that forreal.

Javi accuses Kail of lying and she does admit to lying in the book, but about different things. According to Kail, her lies were about how she presented a idyllic picture of her relationship to the world — including in her 2014 book Pride Over Pity — when she knew in her heart that it wasn’t going to work out.

Kail says she was lying not only to everyone else, but to herself. “I wrote about how happy I was in my marriage to Javi. It was all a ditch attempt to try to convince myself,” she writes in A Letter of Love.

“For someone who claims and tells me to get out of her ‘story; she sure does continue to write about and talk about me all the time. Podcasts..books,” Javi tweeted. He made it clear that he doesn’t want Kail writing about their relationship because he doesn’t want their son Lincoln to read the book.

“He’s already behind the curve cause his parents didn’t work out then to read it? Nah I will make sure anything about me is out of that book,” Javi said.

Kail has previously spoken out about the “red flags” that popped up in her relationship with Javi, including that she found out he had pretended to not know she was a reality TV star when he asked her out. She later found out that Javi did know who Kail was, and was actively trying to get cast on True Life when he met her where she worked in the mall.

She’s also recently tweeted that she must have been “desperate” when she married him. But, despite all the bitter feelings, the two of them actually hooked up recently.

Kail’s new book A Letter of Love is available for pre-order on her website.