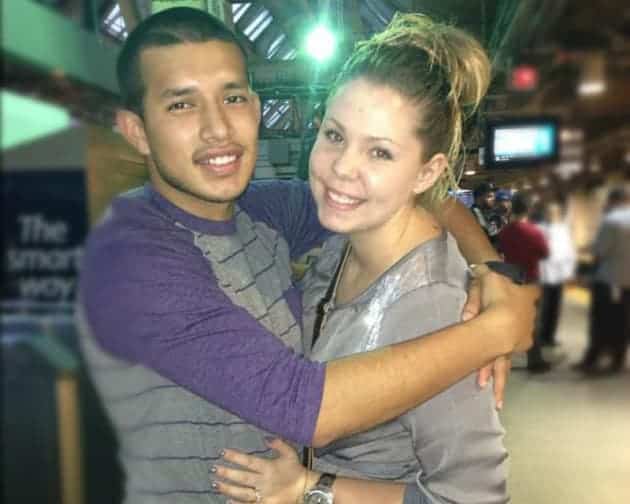 A couple days ago on Teen Mom 2‘s “Kailyn’s Biggest Blow-Ups,” Kailyn revealed that after she married ex-husband Javi (who she still occasionally hooks up with,) she found out that their initial “chance” meeting at the mall wasn’t so random after all. In fact, Javi was actively trying to get cast on another MTV show at the time he asked for Kail’s number at the retail store where she was working at the time.

“So I’m working at the mall, the store Buckle, and Javi and his brother come in. I assume his older brother is his dad & that gets us laughing,” she wrote in 2013 on her now-defunct Tumblr page.

“At check out he asks to take me for ice cream and I tell him no, lol. Hard to see that looking back I turned him down! Anyway, from there he came into Buckle again and we started forming a friendship via Twitter and Buckle visits.”

It sounded like a sweet, genuine connection – something rare for someone so well-known. Kail later found out, via social media snooping, that Javi knew exactly who she was the whole time. “I found out later in life that he sought me out, knew who I was, came to find me,” Kail revealed on Wednesday night’s special.

It goes even further than that because Javi had just months before got very close to appearing on another MTV show.

“I went through his Facebook messages. I found out that Javi applied for another MTV show called True Life: I Want To Get Back With My Ex Girlfriend. He got picked for it, but the girlfriend at the time refused to do it. So, weird how two months later he oddly finds himself in the mall where I’m working but claimed he didn’t know who I was.”

She then took to Twitter and realized that he had tweeted at her well before their first encounter at the mall. “You don’t know who I am, but you tweeted me and you knew where I worked?” Kail asked incredulously.

If all of this sounds a little familiar, Kail teased her big reveal on the special with a Twitter burst last month. She talked about Javi knowing about her and previously tweeting her, as well as his ties to the True Life episode that never happened. She summed up her decision to date and marry Javi by tweeting: “I was young and ignored red flags apparently. What most would call desperate. ???” Javi responded by tweeting and deleting: ““Stop tweeting about me. Stop seeking validation Move on please. Like we’re grown now…That’s for the birds.” 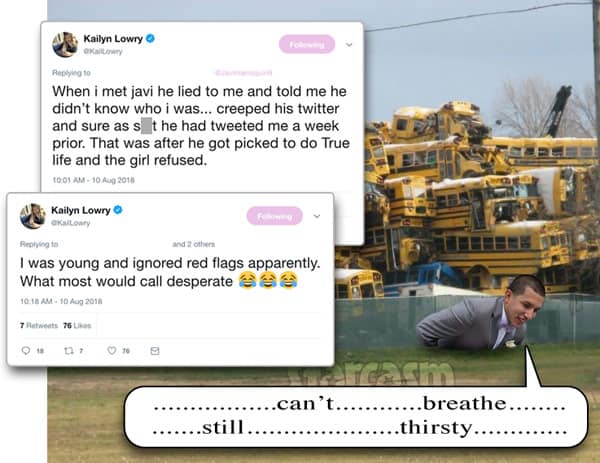 On the special Kailyn also explained that she wants to possibly have one more child, but isn’t interested in adding anymore fathers into the mix. Instead, her plan is to have a baby with one of the three dads of her sons. Preferably she wants to have another child with her youngest child Lux’s father Chris, who has taken a rather hand’s off approach to parenting.

“I do everything [for Lux] by myself, and so it would already be expected,” Kail explained. “He’s so just nonchalant.”