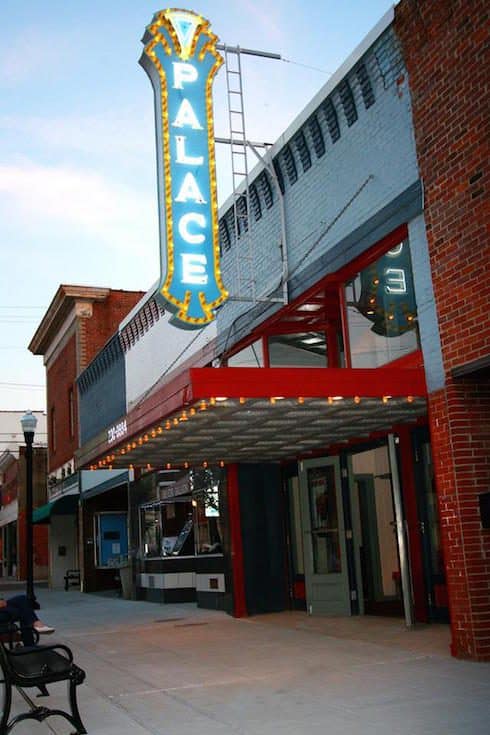 The Tennessee Wraith Chasers’ most recent adventure brought them quite a bit closer to home than their first. Where the debut episode of Haunted Live visited Octagon Hall out Kentucky way, the follow-up saw TWC return to one of its hometown’s most celebrated spaces: the Gallatin Palace Theater.

As TWC fans are no doubt aware, the Theater has played an important role in establishing the group as one of the best-known in their business. For the uninitiated, though, here’s a breakdown of the Gallatin Palace Theater’s history, its ghost, and its place in Tennessee Wraith Chaser lore.

The Gallatin Palace Theater is a local and national landmark

Listed on the National Register of Historic Places, the Gallatin Palace Theater is, per Gallatin’s official website, both “the oldest silent movie theater still standing in its original location” in both Tennessee and the entire southern US.

The theater, now entering its 105th year of (non-continuous) existence, was built by Gallatin businessman Bill Roth and opened its doors in 1913. Bill owned and operated the theater until he died in 1977. He left the building to his son, Bill Roth Jr., who managed it for another decade.

After Bill Jr. shut its doors in 1987, the Gallatin Palace Theater remained vacant and shuttered for almost a full generation. Only new ownership, a massive restoration, and hundreds of thousands of dollars in private and public money got the doors open again. Fortunately, all that effort managed to preserve what Nashville Scene noted was the theater’s primary asset: its character.

Its name to the contrary, the Palace was never as grandiose a cinematic cathedral as the Belle Meade or the Tennessee. A deep, cozy theater with a high screen, it has the dimensions of a shoebox, and the 425 seats it had in its heyday have since been whittled to 200. As a historic theater, the Palace has few of the amenities of the modern megaplex—no stadium seating, no cup-holder armrests. What it has is character. The seats are nearly a century old. The wall sconces are originals, fashioned by Roth from tin and cut glass. The building next door housed a saloon in the 1800s, and one of its painted walls peeks through the Palace’s renovated lobby.

Since then, the building has returned to its old ways as a celebrated movie house and event space. Most recently, the Theater celebrated its Grand Re-Re-Opening this past March, when a refurbished sign went up out front:

Quite the turnout yesterday afternoon for the Grand Re-Opening of the more beautiful than ever Historic Palace Theater in #DowntownGallatin! The festivities continue through the weekend with showings of The Greatest Showman tonight at 7:00pm and tomorrow at 2:00pm! ????? #locallove #GallatinTN #GallatinChamber

Unlike Octagon Hall, the site of Haunted Live‘s first episode, the Gallatin Palace Theater is apparently haunted by just one spirit: that of Bill Roth Sr. According to Scary Nashville, visitors have often seen the elder Roth “by the projector” and elsewhere in the balcony since the theater’s first re-opening in 2000. 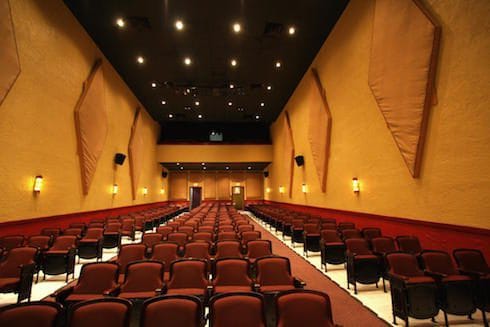 Bill Sr. is apparently “quite mischievous”: he’s credited with rolling candy “across the floor in the theater when no one” other than the observers are present, and closes and latches shut the “large garage door to the side of the stage.” And, in keeping with spectral expectations, he also flushes toilets and runs the sinks when no one is in the bathroom.

Since they hail from Gallatin, it should come as no surprise that the Tennessee Wraith Chasers have visited their hometown’s original movie theater more than once before. The nearby Portland Leader pointed out that the group filmed part of their sizzle reel — a brief collection of footage that would-be reality stars shop to production companies interested in their M.O. — at the Gallatin Palace Theater in January 2012.

They also hosted a live investigation at the Theater in 2016. Here’s their Palace-filmed promo for that event, complete with a few clips of TWC talking about what they’ve found there in the past:

Last year, as the group prepped another investigation, TWC member Steve “Doogie” McDougal suggested to WKRN that the Gallatin Palace Theater may well always be haunted.

“I think Mr. Roth is here because he did purchase this place for his daughter,” Steve explained. “He didn’t want to see the show end, you know he wants the movie to go on.”

Which is exactly why the spirit of Bill Roth Sr. seems to linger in the balcony and near the projector: “A lot of the EVPs that we’ve caught is right here in this auditorium and it seems to go from the auditorium to up here to the projector room,” Steve said.

In January of this year, the Tennessee Wraith Chasers hosted another investigation at the Theater, shortly before the Grand Re-Re-Opening we described above. Fans have shared a whole host of videos from that search on YouTube, so if you’re interested in checking them all out, just click through to the site from the embedded video below and have at it. For the sake of semi-quick loading times, we’ll present just the one video here: