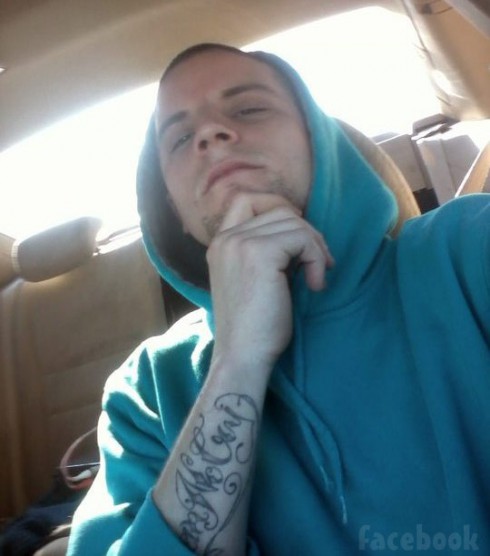 Jenelle Evans’ husband Courtland Rogers skipped town right after she filed numerous assault charges against him on January 23, and headed to Cincinnati for a few days (after reportedly stopping off in West Virginia to hook up with some of the cast members of Buckwild) to shack up with Tiffany Knabe, the admin of his Facebook fan page. (Sometimes I just can’t believe what I’m writing.)

After getting in a live streaming video showdown with Jenelle and her ex Gary Head, Courtland got word that Jenelle was in the hospital for a possible miscarriage and he high-tailed it back to North Carolina, where he was refused entry to the hospital per Jenelle’s wishes.

Courtland has popped up online and in the tabloids occasionally over the last week, but his exact whereabouts were unknown, which makes sense given that the police were looking for him on the assault charges filed by Jenelle.

Courtland has since turned up in a South Carolina hospital, where he was admitted for unspecified reasons according to the mother of his one-year-old daughter, Taylor Lewis. Taylor says he will spend seven days in the hospital before being turned over to the police. 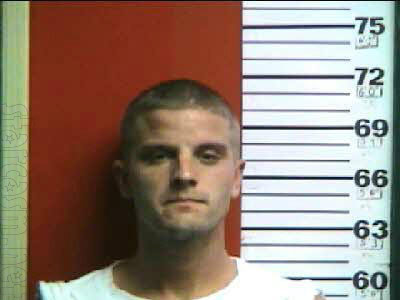 Last night, Jenelle confirmed that Courtland was currently in South Carolina, but it was Taylor who revealed the details. “Just got the best phone call ever from @courtyb11 thank you for turning yourself in and doing what’s best for jordan [their daughter],” Taylor tweeted yesterday. “@courtyb11 i could hear in your voice that your ready to get clean for jaja,” she added.

The messages had her followers wondering if she and Courtland had made up and if he was in jail. She later clarified and continued to update:

he did turn his self in. I never said he went to jail? Hes in the hospital!

he had to go there 1st

he will stay there for 7 days and then he will be going to jail. He told me to tell everyone!

i know right? He has a wife that he loves!! He really does love her! @PBandJenelley_1 [Jenelle]

I’m trying to be civil and support someone when they are trying to help their self.

It’s still unknown why Courtland turned himself in. “It could have been completely unrelated,” Dustin adds of the circumstances in which Courtland was picked up in South Carolina. “I heard that he was picked up in another county based on something else, and then they served him on the unserved warrants (on the assault charges against Jenelle).”

Whatever the case, it sounds like Courtland is heading to court. And don’t forget, in addition to his criminal history, Courtland also has other pending charges as well. I seriously have no idea how the Brinswick Couty, North Carolina court system is able to get anything done!

EDITOR’S UPDATE – Radar Online spoke with Courtland and he informs the site that he is currently on suicide watch after checking himself into the hospital. “I am going to get healthy in this hospital,” Courtland told Radar, adding, “I’ve been under suicide watch and I don’t even have shoelaces.” He then says, “All I want is my wife back. Jenelle is my best friend and I miss her.”