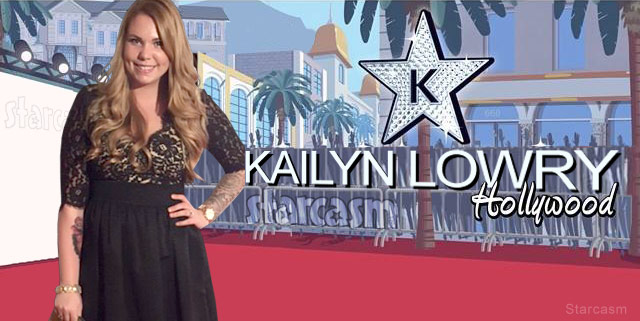 It’s been an AMAZING couple of years for Teen Mom 2 star Kailyn Lowry! In addition to marrying the man of her (and many others’) dreams, Javi Marroquin, Kail has also given birth to her second son Lincoln, who just turned one in November, launched her own clothing line, and written a best-selling book, Pride Over Pity. It seems that things continue to look up for Kail as she is currently in Los Angeles getting ready to attend the 2015 Grammy Awards just a couple of days after meeting with a developer about creating a brand new gaming app!

Kail has been teasing her Grammy Awards performance all week, including this tweet from earlier today excitedly announcing that this is “Grammy day:”

It's Grammy day my friends!

Kail’s latest entry on social media prior to this post is this instagram photo of her getting her makeup done in preparation for the big event:

UPDATE – And here are the finished looks! #RedCarpetReady

And actually at the Grammys!

So thankful to have been invited on their annual girls trip. Love you all so much!!! #grammys2015 #sammys2015 @sterlingmblack @terahbettis @expert.aesthetics @bill_britt_bre

Some fans speculated whether or not Kail was attending the actual Grammy Awards or perhaps just a Grammy Awards party. We spoke with Kail moments ago and she assures us she is going to the REAL DEAL! “My best friend’s family has been going to the Grammy awards for 12 years now,” Kail says, “and this year they got extra tickets and invited me.”

We also asked Kail if she was working on developing a mobile app after developer Caleb Nelson tweeted “Excited to ‘do lunch’ and talk about the new game project this weekend with @KailLowry” on Thursday.

“The app is also being developed through people I met through my best friend’s family. They invested in it,” Kail tells us, pointing out that neither her attendance at the Grammy Awards nor her app meeting were thanks to MTV connections.” Although she couldn’t reveal details, Kail did clarify what kind of app it will be. “It’s a game app.”

Kail explains that the app venture is right in line with her career course and she hopes it will be one of many projects that will help provide for her and her family’s future post-MTV. “I’m a full time student studying mass communication, so I feel like all of this ties into what I want to do.” She adds, “I just want to do the best I can to set my life and my family’s life up for when the show is done.”

Kudos to Kail! We’ll be sure to keep our eyes peeled for that Sam Smith/Kail Lowry selfie! Until then we will just have to get by with amazing pictures like Kail and her gal pals in front of the Hollywood sign:

Meanwhile, Kail’s Teen Mom 2 co-star Jenelle Evans looks like she may be getting a taste of that West Coast Hollywood scene herself soon! “Coachella 2015 ? Think so,” Jenelle wrote on Facebook on Friday. She later responded to commenters by adding, “Hahaha trying to find tickets as we speak… I WILL NOT STOP UNTIL I FIND THEM! Lol”

Jenelle’s friend Tori asked her, “What’s Coachella,” and Jenelle excitedly responded with, “Tori u would freak out” and then, “message me.”

It seems Jenelle had some success tracking down tickets, if her and Tori’s tweets are any indication:

It's decided. Me and @Vkillem7 are going on a vacay!

Woooo! So excited. Taking a Vacay next month with only the best @PBandJenelley_1 @seanzieeee @GroundLevelUp

It sounds like Jenelle needs to arrange a meeting with attorney Dustin Sullivan and start buying some hair feathers! 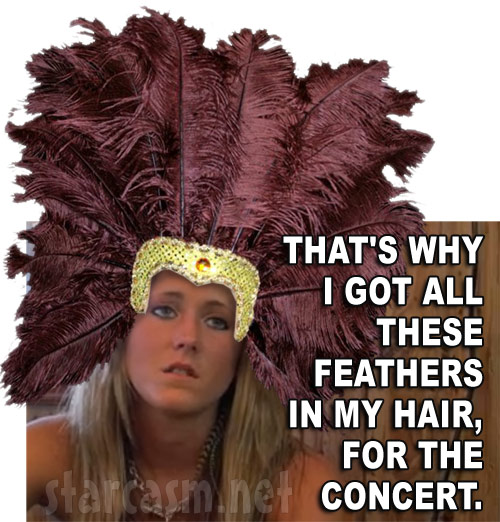 Unfortunately, Ke$ha is not listed (yet) on the Coachella 2015 lineup. Although she may be in attendance!