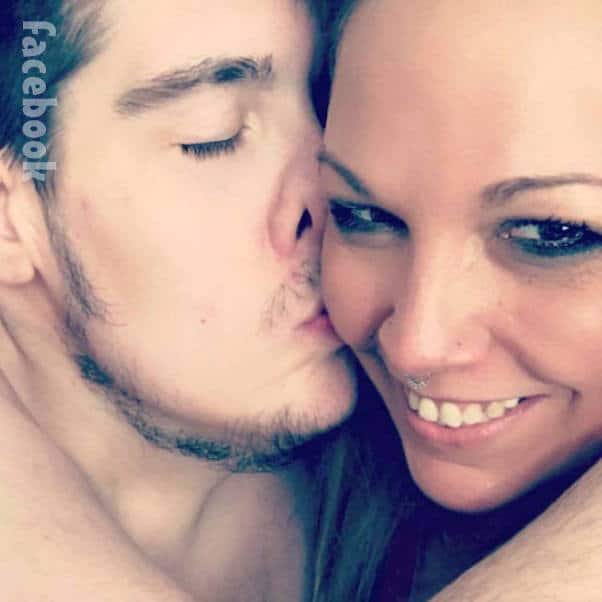 Other than starring in the fourth part of he and Justin’s ongoing My 600 Lb Life saga, infamous cast member Steven Assanti had been keeping a pretty low profile this year. But, as our Steven Assanti 2019 update reveals, his still-surprising marriage to Stephanie Sanger may be about to end.

Before going any further, we should point out that all the recent talk about Steven and Stephanie’s marriage is just that. Steven’s social media presence is almost non-existent (with a heavy emphasis on “almost” — more on that in a moment), and Stephanie has scaled way back. Neither of them has commented publicly since Steven told us he, Stephanie, and their daughter (Stephanie’s from a previous relationship) had been the victims of “nothing but harassment” since he and Justin’s latest episode aired this past May.

So some of this is still just speculation. Still, based on Steven’s past behavior and a couple of anonymous tips we’ve received, the gossip could be quite telling.

Steven Assanti 2019: How are he and his wife today?

Starcasm was the first site to report on Steven Assanti’s then-girlfriend, not long after the two of them started dating back in March of 2018. At the time, the photos of Steven and Stephanie together sparked a tsunami of disbelief among My 600 Lb Life viewers, and plenty of accusations of either catfishing or Photoshopping (or both).

A couple of months later, the pair shared and deleted several updates featuring photos of them kissing each other in what looked like judge’s chambers, and holding hands bearing wedding rings. Once again, My 600 Lb Life fans reacted with almost universal incredulity. However, we contacted the Polk County (IA) Vital Records Office, and received confirmation that Steven John Assanti and Stephanie Sanger recorded a marriage license on May 21, 2018.

Not long after that, we were able to interview Stephanie — though it turned out that Steven had been in charge of the keyboard for at least part of our talk. As we said at the time, take the following with a grain of salt; here’s what Stephanie (maybe) said when we asked her what she saw in My 600 Lb Life‘s most controversial cast member:

I was trying to find him because the moment I saw him on tv I thought he was a beautiful person. And I wanted to know him not because of tv because I knew he was my soulmate I felt it and I just had to find him….[Steven is] nothing like how he was perceived on the tv show at all or on his YouTube videos. He’s a gentlemen and a fantastic lover and lover of life in general.

(If only to play Devil’s Advocate, we’ll point out that what Stephanie says about Steven in real life is the exact opposite of Justin Assanti’s words a few months ago. “Steven on the show is Steven in real life,” Justin said. “It’s one of the few things not scripted.”)

For almost a full year, Steven and Stephanie appeared to be living happily in Iowa. She shared the occasional update of the couple, like the time they got complimenting forearm tattoos. It wasn’t until the Season 4 premiere of Where Are They Now?, billed as the final appearance of the Assanti Brothers, that things for the couple appear to have potentially taken a turn for the worse.

As we mentioned above, it would appear that fan backlash to the Steven Assanti 2019 episode was particularly rough. A few days after it aired on TLC — the episode had been available via TLC Go for weeks — Steven contacted us unprompted to complain about the treatment he had received:

After the new show…it’s been nothing but harassment towards, me, my wife and my family. And it sickens me to the core. All I ask is for people to get a life and move on….The way they portray cast members on ALL REALITY SHOWS is not really reality #1 and #2 mostly all of what you see the cast members are being told how to act and what to say. Please respect my privacy, I’m happy, healthy and those who are true fans of me and my family will indeed respect that.

But by midsummer of 2019, almost every photo of Steven and Stephanie together had vanished from Stephanie’s Facebook page. And briefly, Stephanie’s Facebook ID changed back to her maiden name of Stephanie Sanger. That change was short-lived, though; as of this writing, her name is back to Stephanie Assanti and the page’s URL has returned to “Stephanie.stevenmylove.” So if the stress of life with an infamous reality TV star was initially too much for Stephanie’s marriage to Steven, it would appear that she’s since found a way to work past it. Either that, or Steven still has control of Stephanie’s social media pages (Stephanie hasn’t made any public posts on Instagram or Twitter since well before she met Steven).

That change in Stephanie’s online presence mirrored Steven’s own, very brief return to social media. He was apparently on Facebook for an undisclosed and short amount of time; we haven’t yet been able to find any screenshots to prove this. But last month, Steven did have a new YouTube channel for about a week, and uploaded at least three new videos during that time. Though he promptly deleted all the videos and then the channel itself, the trio were quickly nabbed and reposted by several other accounts.

The most notable and arguably least disturbing of the three is a low-quality Steven Assanti 2019 clip of Steven, wearing a wig, a scarf, and a low-cut tank top, lip-syncing Britney Spears’ “Toxic.” It’s not a new genre for Steven; you may recall the naked “Santa Baby” lip-syncing video he shared back at Christmas 2017. You’ve been warned:

Finally — and hopefully you’ve read this far — in recent weeks, whoever’s running Stephanie’s Facebook account has made public a few formerly private posts of herself and Steven. The photo at the top of the article is the most recent of these, from March 31st of this year. And it’s especially noteworthy for theorists who’ve been gossiping about an alleged Steven Assanti divorce because of the one comment on the photo itself. Stephanie didn’t offer a rejoinder to her mother’s words: Seriously? Please my daughter.”

Next up is a photo from last September, which Stephanie captioned “<3 <3 2 Hearts Beat As One (I Love You) Infinitely": 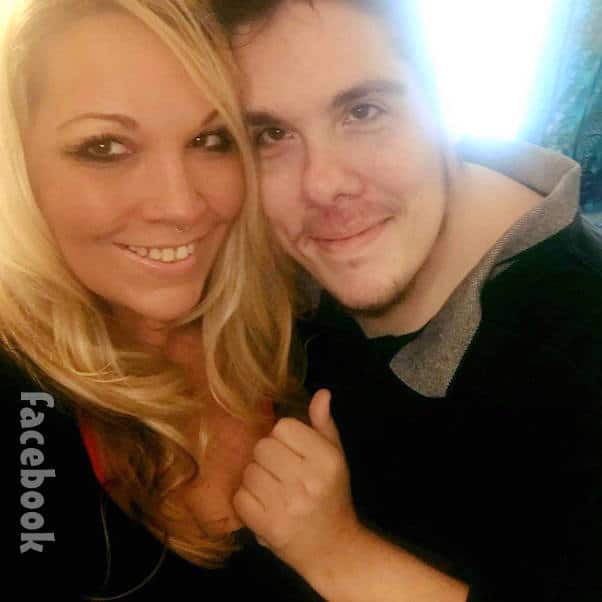 And there are two new photos from August 2nd of 2018, with a pair of somewhat contradictory captions. The first is of Stephanie and Steven; it’s an older photo with a new border: 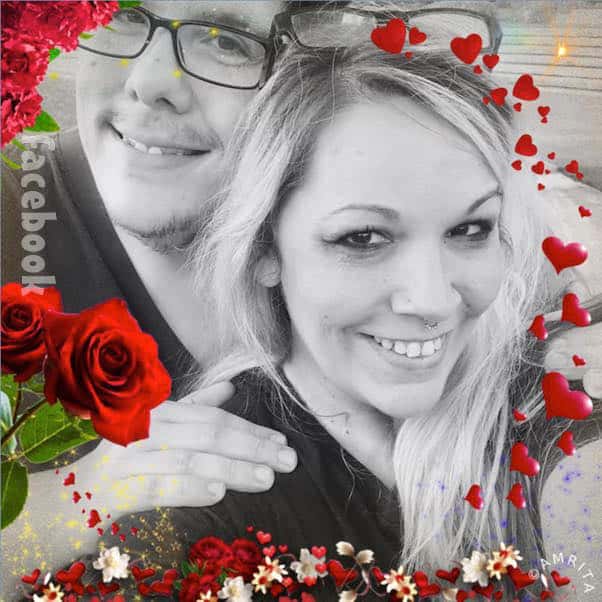 “<3 Me And The Wove Of My Life <3," Stephanie wrote. She also shared a photo of Steven sitting in the car next to her daughter, and wrote "??❤️❤️the two most important loves of my life❤❤": 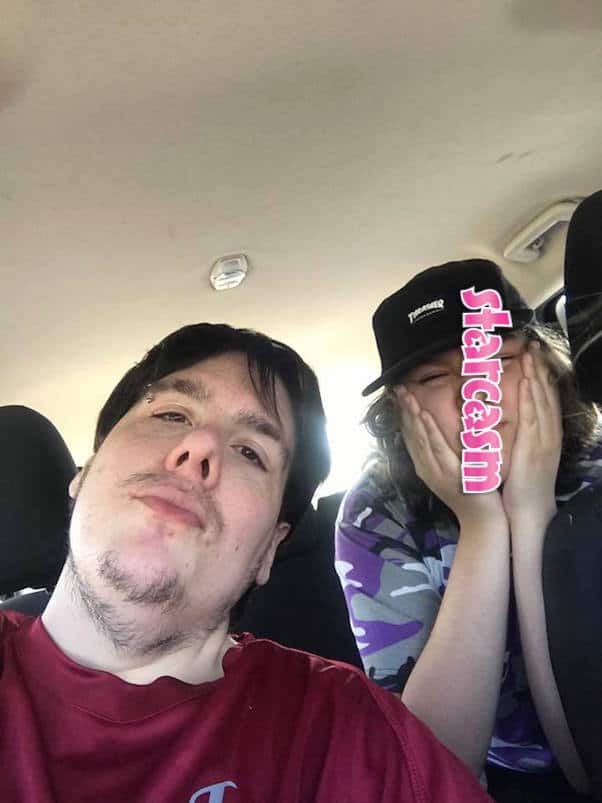 You can stream Steven and Justin’s most recent and possibly final My 600 Lb Life episode here, courtesy of TLC.