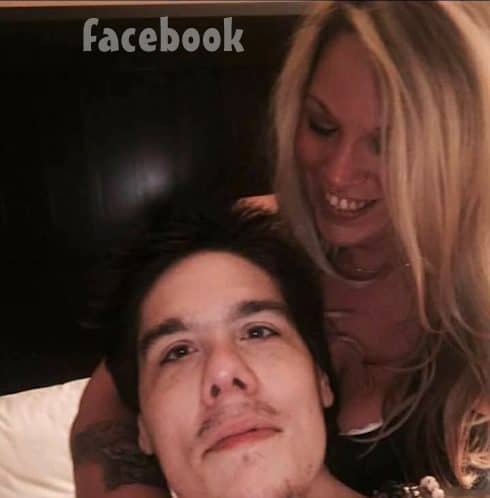 News of Steven Assanti’s girlfriend has provoked a wider variety of strong reactions than probably any My 600 Lb Life-related story since…well, since the last time Steven Assanti did something shocking. (We’ll go with his naked Christmas caroling, but really you can take your pick.) The most controversial participant in My 600 Lb Life history has been flooding his Facebook pages with pictures of the two of them since announcing he had a serious love interest a few weeks ago.

Stephanie Sanger, Steven Assanti’s girlfriend — that’s the two of them cuddling in the photo above — first appeared in Steven’s Facebook feed on February 27th. He didn’t mention her by name, but his post from that day appeared to suggest that someone had come into his life:

Hello Friends, have you ever wondered why people come into your life? Does everything really happen for a reason? How do you know if something is good and turns out to be shit and goes up in flames later just when you think it’s great and shit? Life is a wild ride. Thank you for joining me on my crazy ride to the top. Thoughts and questions of The day …TTD

“TTD” turned out to refer to “Ten Toes Down,” a phrase which appeared on a hand-drawn T-shirt Steven said he got from a friend and shared a photo of later the same day.

Then, on February 28th, Steven Assanti’s girlfriend was revealed in full, when Steven tagged Stephanie in another update and called her “the best girlfriend in the world”: 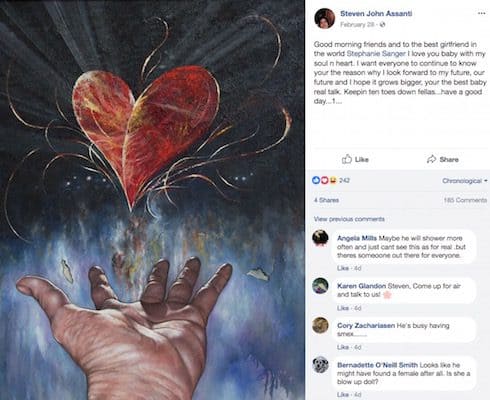 Since then, every single post on his page has been devoted to the topic of Steven Assanti’s girlfriend. And most of those posts contain the phrase “ten toes down” again. (If you’re like us and had never heard it before, “ten toes down” apparently means either to be “100% committed” to something or is a general reference to “gang shit.” Steven appears to be using it both ways.)

There’ve been plenty of rumors about Steven Assanti’s girlfriend ever since he dropped Stephanie’s name. One — which we’ve been unable to substantiate in any way — suggests that she’s an adult film actress. Of course, it’s not hard to see the logic there: a lot of Steven’s detractors simply refuse to believe that any woman would be with him without getting paid.

And, as Inquisitr pointed out, plenty of Steven’s detractors and fans are likewise convinced that Stephanie is catfishing him.

The day after that article was published, Steven shared this photo of he and Stephanie engaged in a little passionate necking: 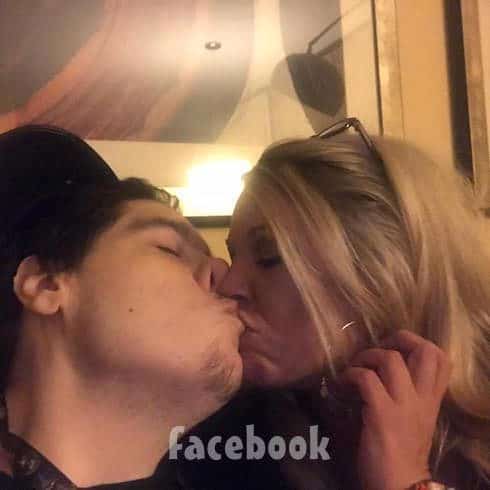 So who is Steven Assanti’s girlfriend? We did a little digging around, and found out some basic facts. Stephanie Sanger is a licensed massage therapist from the greater Des Moines area. Judging by her dual LinkedIn profiles, Stephanie either is currently or at one point was the manager of one of Massage Heights’ seven Des Moines-area locations; she also appears to be a massage therapy instructor at La’James International College.

That info appears to jive with Stephanie’s Twitter profile, which lists her location as Des Moines IA and includes “LMT” in the name. Between that and her (largely private) Facebook feed, we found out that Stephanie has a daughter with whom she often goes to concerts… 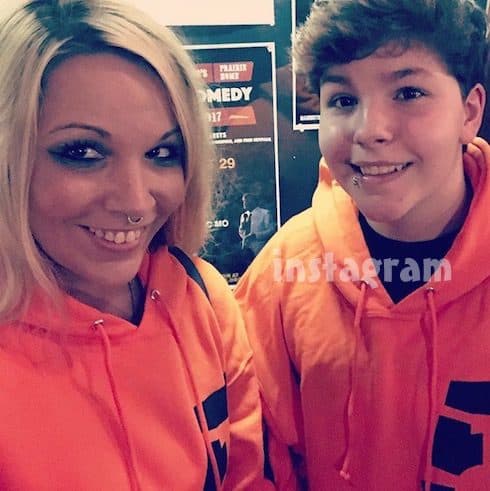 …and that she’s a pretty huge Marilyn Manson fan. In fact, most of Stephanie’s public Facebook updates involve either photos of or news about Marilyn Manson. And a picture of the two of them together, taken after what looks like Manson’s show in Iowa this past January, got a lot of attention: 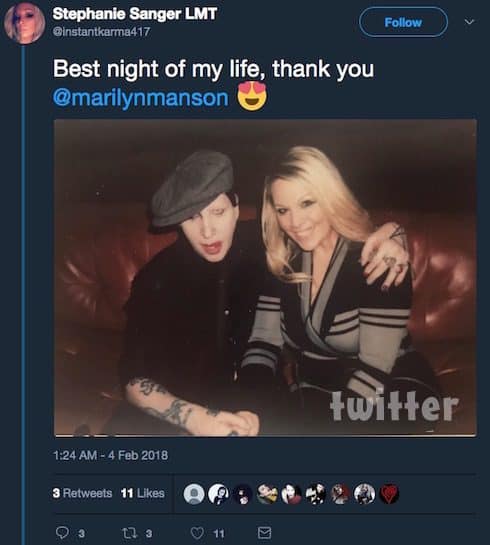 Meanwhile, Steven’s been keeping up a steady stream of taunts for his haters and declarations of love for Stephanie. And, though he’s notorious for deleting social media updates almost as quickly as he shares them, several of his videos were snagged and shared on YouTube. Here’s one from either March 7th or 8th, in which Steven responds directly to the catfishing and adult film accusations. Among many other things, Steven had this to say:

She has to be god-awful hideous looking to go out with me? Right? Because I’m just so horrible looking. Right? Wrong. Not every woman goes for looks. Not every woman. Even though Stephanie thinks I’m hot, whatever — I love you baby. But talk all you want. Because nothing is going to destroy our happiness together. Nothing…You all can try, and say, and do whatever the f*ck you want. Because nothing is going to destroy us. Nothing. So you might as well just…give up! Give up. Okay? Just give up. It’s not gonna work.

(Note: There’s been some confusion about the date in the title of the YouTube video. It appears to have been uploaded by a non-American, as the date appears in day / month / year format, and not month / year / day. Compounding the confusion is the incorrect year: the video is from 2018, not 2017. If you click through to the video’s YouTube page, you’ll see that it was uploaded on March 8th — and that the uploader has a good track record of sharing Steven’s videos shortly after they appear on social media.)

There’s still a ton of speculation about Steven Assanti’s girlfriend, and Steven will no doubt continue to tease and mock his legions of detractors with plenty of photos and videos for as long as he and Stephanie are a couple. For now, all we can say for sure is that the two of them appear to be legit — but we’d be remiss if we didn’t add that wherever Steven goes, drama seems to follow.