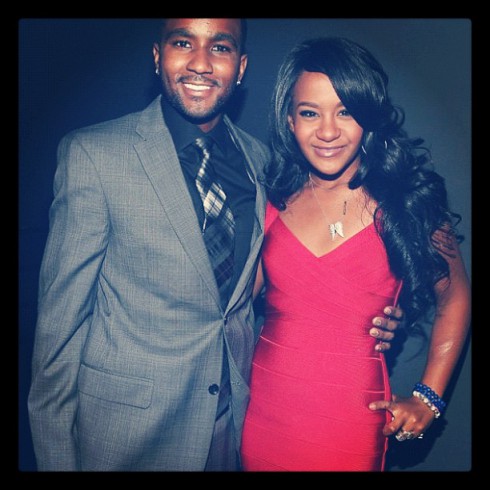 The exact nature of the relationship between Nick Gordon and Bobbi Kristina has been something of a mystery ever since the then-21-year-old fell into a coma following last January’s bathtub incident. Lately, interest in the question has reached new levels, thanks to the second Nick Gordon Dr. Phil interview, which mark the first time Gordon has spoken on the record regarding his version of what happened in their relationship’s final days.

It was over two years ago that Bobbi Kristina first announced she and Gordon had married. In January of 2014, she tweeted out “Happily married,” shared a photo of the pair’s wedding bands, and changed her Twitter handle to “Bobbi Kristina H.G.” Before that, the pair had apparently been engaged once: the first time apparently came in the summer of 2012, but was broken off shortly thereafter. The second Bobbi Kristina engagement, which resulted in the alleged marriage, came in the summer of 2013.

However, following the bathtub incident, Gordon’s lawyer was quick to issue a statement claiming that Nick and Bobbi were never actually married. “Bobbi Kristina is not and has never been married to Nick Gordon,” People reported, in February of 2015. And, just a few months later, the Brown and Houston families filed a $10-to-$40-million civil lawsuit against Gordon, accusing him of several crimes. One of the most prominent (and most widely reported) was that Gordon posed as Bobbi Kristina’s wife in order to gain access to her finances, ultimately stealing $11,000 from her.

Gordon addressed that lawsuit during the second of his two-part interview with Dr. Phil, calling it “stupid” and saying that anyone who believed its accusations was likewise “stupid.” He said much the same thing regarding claims that he injected Bobbi Kristina with a “toxic cocktail” before putting her into the bathtub and letting her head fall underwater:

Since Bobbi Kristina fell into a coma, Gordon has apparently both denied that he was married to Bobbi Kristina and been unable to produce a marriage certificate when asked.