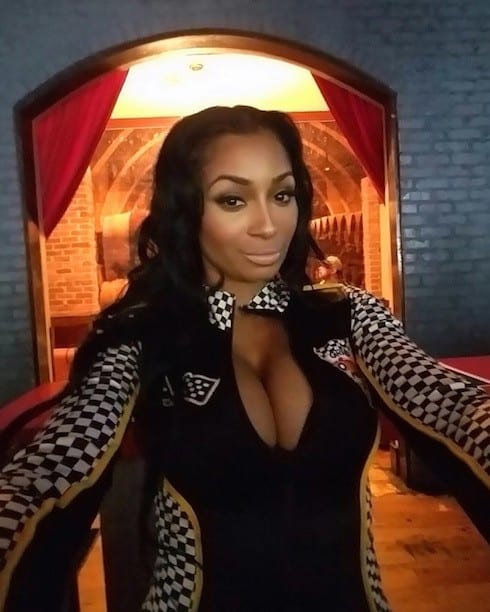 Karlie Redd and Young Joc might have had an acrimonious breakup back in the day, but, with the cameras rolling for LHHATL Season 6, it looks like they might have been able to patch things up just enough to guarantee some fresh Love & Hip Hop relationship drama. At least, that’s the impression Karlie managed to give this week, when she surprised her Instagram followers with a sneak attack Bae Watch update featuring none other than Joc himself:

VH1 has since confirmed that the couple is back on, and has been since September. Of course, Karlie’s on-air relationships haven’t exactly gone smoothly since she and Joc split back in Season 3. In Season 5 alone, she managed to get sucked into the ongoing, confusing, and thoroughly entertaining Lyfe Jennings drama. That particular story culminated when it turned out Lyfe had faked his marriage proposal to Karlie, and kept his actual wife, a six-foot German model, a secret from everyone on the show.

But Lyfe has since left LHHATL, and Joc managed to clear the air between himself, J-Nicks, and Tiarra, so it would appear that nothing’s getting in the way of Karlie Redd and Young Joc pursuing their relationship for a second time. Except, of course, for the fact that Season 5 somehow managed to top Season 4 for the title of Most Ridiculous in the show’s history, and we have no reason to believe that LHHATL Season 6 won’t be more of the same.

Love & Hip Hop Atlanta Season 6 is expected to premiere in the spring of 2017.